Prayers and best wishes with the Bruin faithful on the news that John Wooden has become severely ill.

It's a bit of an odd one today, UCLA Preview running a little behind schedule. I swear it'll be out before we play them. Also, It's an all-night Game thread today starting well before 6pm. Do join us.

LSU is asking fans in attendance to wear gold tonight, spread the word.

So I wasn't online for about 3 hours late yesterday afternoon and this happened. I almost don't care about expansion stories anymore, its getting so ridiculous.

The SEC meetings in Destin this week were quite a bit more sedate. (CLM's pick for expansion? The Green Bay Packers) H/T TSK

Anybody else catch the Rosenblatt documentary last night? Was quite surprised how much face time CPM got.

CTJ leaves today for an AIDS mission in South Africa. He'll be twittering the whole trip, as long as he can get his phone to work.

Bruins Nation's scouting report of the Regional is up for perusal and it's a great read. You did remember to sign up for commenting privileges earlier this week, right?

Things to do in LA

Apparently there really will be a ton of LSU fans in LA this weekend. Since they are all night games, might I suggest the following activities to fill your day.

Retrieve What is Ours aka Pillaging

The NCAA Ruling on USC's 03-05 seasons may or may not be coming today, but I think it's pretty safe to assume they will have to vacate at least one win from the 03 season, which means this puppy is rightfully ours. 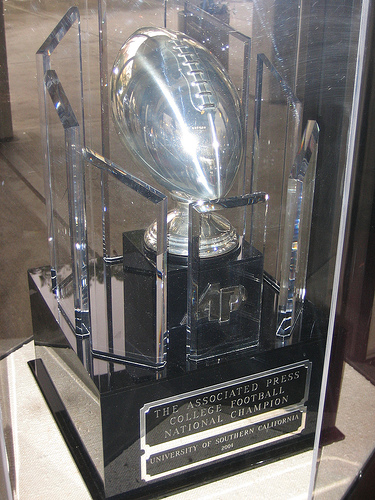 Not saying you have to take it, but bonus points for taking some pictures in Heritage Hall, all decked out in LSU gear. I mean, it's not like a full set of representatives from LSU, probably including Bertman himself, are going to be within driving distance and it's not like they have a private jet with which to take it back. No certainly not.

Experience what all of LA is distracted by instead of their excellent baseball teams. The following jerseys allow for the correct wardrobe choice no matter who you are pulling for. 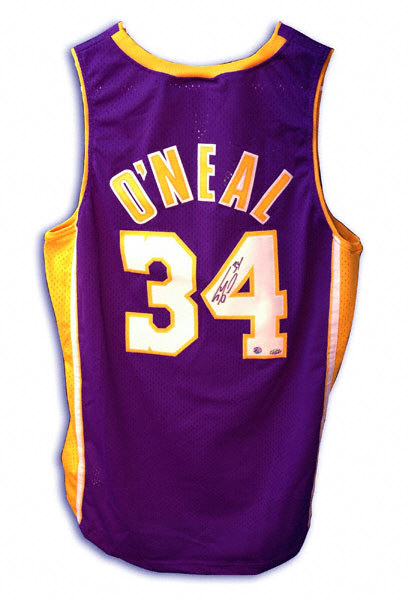 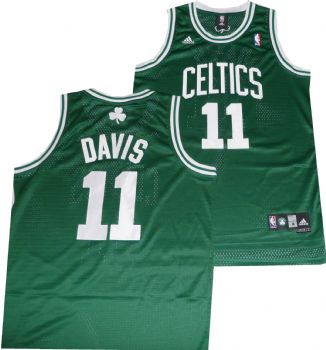 -Dude, do you think Shaq got rich playing in Orlando?

-No, he got rich playing in college. Everybody knows that.

I wont even pretend to know where to point you on this one, but I suggest you try contacting the LSU Alumni Association Los Angeles chapter, as they would probably know where you can get decently seasoned food in town. Hope you brought your Tony's.