Where I Come From: EA Sports NCAA Football 2011 Available Now

Share All sharing options for: Where I Come From: EA Sports NCAA Football 2011 Available Now

EDIT: Thanks to tigeradam for providing some custom covers, download mirrors for full-res versions suitable for printing after the break. 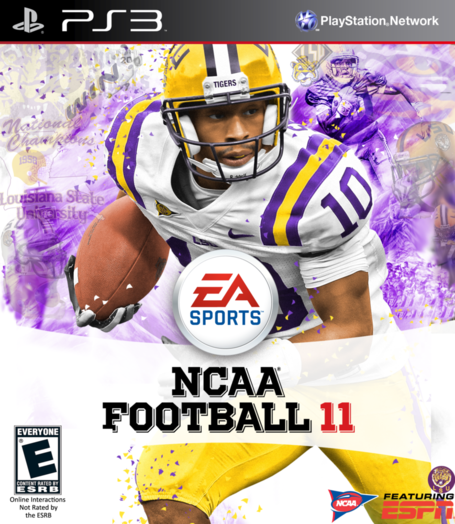 This post is sponsored by EA Sports NCAA Football 2011.

AND NOW A WORD FROM OUR SPONSORS!

When you go to a particular school or grow up around college football, you are more than just a fan. It’s who you are. We thought we could leverage this pride in your roots and show that "where you come from" is more than just a statement about geography. By positioning NCAA Football 11 as a game that understands this pride and is authentic to these traditions, the takeaway should be that anything that is in college football is in NCAA Football 11.

And this doesn’t just include game play (though that’s a huge part of it). It’s rivals and mascots; it’s legends and stories. It’s those things that are at the very fabric of the game itself. Of course the game is great this year as well. With authentic entrances, mascots and specific offenses for each team, the term "where I come from" takes on a much larger meaning. While playing NCAA Football 11 is ultimately a great sports sim, it should also give you a sense of the pride and emotion one has for being a fan of a team they will never not be a part of.

Now that that's out of the way, lets talk about what's new. I've had some time with the public demo this weekend and aside from the usual roster updates there are a few new additions worth note. 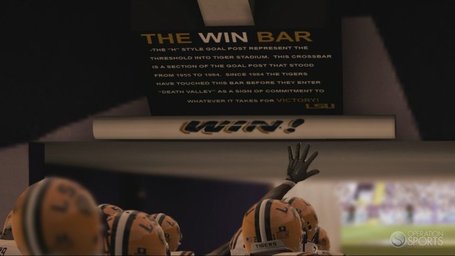 Every year, EA tries to do a better job of accurately depicting the minutia of college football, and deserved or not, there is always a lot of criticism when they get something wrong. In their defense, It's a lot harder to keep track of 120 teams vs. the 32 that the madden crew has to deal with (with a lot more money to work with, I might add). Even so, they do an admiral job trying to keep up and this year should be no exception. As you can tell by this rundown, the attention and detail spent on many of the smaller programs this year is great an I'd be thrilled as a fan of one of these lesser known schools.

But what about us? Many of you may remember last year that EA hand more money for construction than LSU, and as such they added the new huge video boards to both endzones instead of just the north one. I haven't seen a full shot of Tiger Stadium in this year's game, but as the South Endzone Video Board improvements are still planned, I doubt they changed it back. No big deal, think of it as looking into the future.

One of the big presentation additions this year is individualized team walk outs. What I'm hearing from other fans is that they are mostly accurate but just a little off. As you can see above, LSU's got the Win Bar right above the door, but I don't see the band waiting out of that door. Again, don't have the final copy to look at yet, but I think we'll have to wait another year for the band to get on the field. Not a bad effort, but not correct either.

Fans of the series and indeed of both EA football games probably recognize that while presentation and physics improve a little every year, the running mechanics are still awkward at times. Some changes this year have essentially mapped all running functions (jukes, hurdles, et al) to the left stick. As a long time player it feels weird at first but after a few snaps, you'll be faking defenders out of their shoes like never before. It's so improved and so much easier to execute that I think it will alter a lot of online play styles to favor the run more than ever before.

This is another area that always improves as the years go by. Accuracy of your schools playbook is one of the things that makes NCAA fun to play. This year EA claims to have full and correct playbooks for all 120 teams, and they don't just mean copies that are slightly altered. Air Raid, Spread, Pro, West Coast, Pistol, It's supposedly all there and all correct for each team. It's a hard thing to check (I doubt anyone is really looking at the Kent State playbook for accuracy) and again i don't have a copy yet, so no word on the Tigers, but having all those playbooks, and mixing and matching them with other teams (Air Raid in the Big 10?) is part of what makes the game fun to play.

It's easy to recommend the game if you are a video game football junkie because there is no other game in town and hasn't been since the demise of 2K sports games. EA rightly gets a lot of flak for these games not having huge improvements, but they never just do roster updates. If you bought last year's game, I think this one would be worth a purchase, but I'll let you know after I get my hands on it. For a little impartiality, there's a video review below that I think sums it up nicely. Also, I'm not going to keep something with Tebow on the cover so if anybody finds one of those custom covers for LSU (or creates one with, say, Patrick Peterson on it. Looking at you Freek) spread the word and let us know.

Full disclosure: EA did not give us copies of the game, and except for the block quote in today's post, they did not dictate the content for these post, only gave us titles and suggestions. We received no direct compensation, though I'm sure SB Nation, who keeps the lights on around here, made some serious bank these last two weeks. 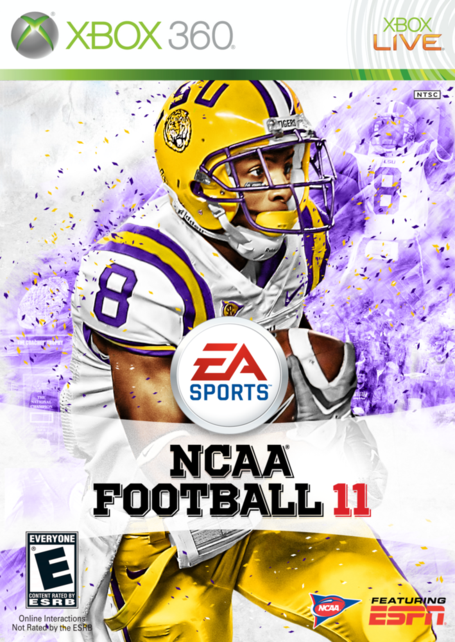