When Spencer Ware committed in July of 2009 my first reaction was, "Who? Oh yeah... that guy." That wasn't a knock on his ability, there was just little published information about him available and being that he was from Cincinnati, I conveniently placed him in the "Yeah, Not Going to Happen" category. Boy, I'm glad I was wrong. 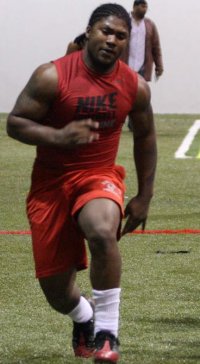 Ware prepped at Princeton High School, whose notable alumni include this buxom beauty: 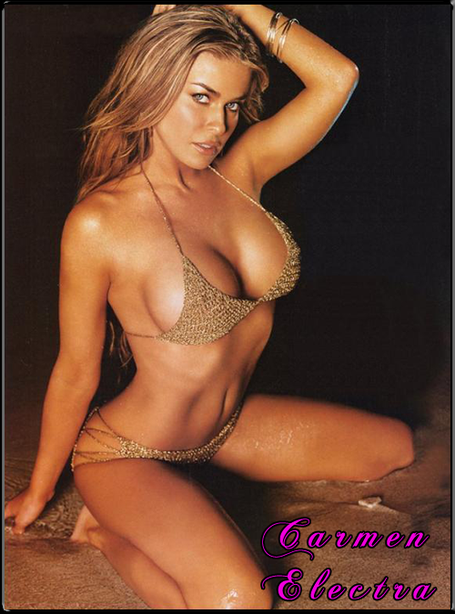 And this former MLB All-Star: 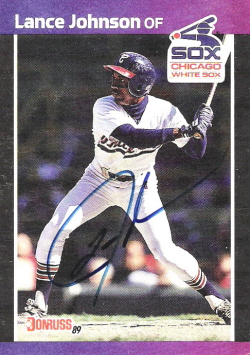 You'll notice from the picture above that Ware looks physically ready to suit up five minutes ago. He's universally listed at 5'11, 220 pounds, which would be about the weight Keiland Williams played at during his career at LSU. It's hard not to be impressed with how put together he already is as an 18-year-old kid. But we've seen the whole looks like Tarzan, plays like Jane bit before (Thomas Dunson, anyone?).

I hereby solemnly swear that won't be the case for Spencer Ware. All you have to do is turn on the tape, and you'll be immediately ensnared.

So, what's there to like about Ware? He's built like an every down back. He's thick, without being chubby, and his short, squatty build allows him to generate loads of power. But don't be deceived: This is not a three-yard plodder. Ware displays unbelievable feet (particularly for a guy his size) and often dances his way out of trouble. Perhaps most distinguishable is his sickening burst. He may not have that top end burst of others, but elite speed is an overrated trait in runners. Ware shows great start/stop ability, often cutting on a dime and making people look foolish. His vision is superb, and he has better balance than any back in this class.

I typically shy away from comparisons (they tend to run further and wider than they do deep), but if you held a knife to my throat, he most resembles former Georgia running back Knowshon Moreno (a comparison I'm sure you've read before). I like the comparison because both ran with good vision, power, lean and balance while lacking elite top-end speed.

I've seen some express concerns about Ware transitioning from the QB role he played in HS to a full-time running RB, but I wouldn't waste any breath on that. Ware displayed the ease of the transition at the Army All-American Game, earning the starting role in a matter of days. He further impressed that weak by completing standing back flips on demand more cleanly than a much smaller Lache Seastrunk (that should give you an idea of how athletic this kid is). Sure, there's a learning curve, particularly in the blocking aspect of the game, but RB is far and away the easiest position to learn and play immediately at, so I don't expect Ware to struggle... at all.

Ware is a dual-sport athlete, that some believe could even have a future in the MLB. He's had big league scouts attend his games (but maybe that was to see HS teammate and LSU signee Marcus Davis). It's unclear whether or not Ware will play on Paul Mainieri's baseball team, but I doubt he does.

So, the burning question is whether or not Ware will see the field next season? At first glance, the depth chart seems rather crowded. A cast of four characters seem in line to receive the most carries: Richard Murphy, Stevan Ridley, Michael Ford and Russell Shepard as a QB/WR/RB hybrid player. Yet, the depth chart may not run as deep as imagined. Unless another player emerges ahead of him (Jakhari Gore/Alfred Blue) Ware will certainly see some carries, if at no other time than finishing off games against cupcakes.

How does he fit into LSU's offense? For this year, he'll be a role player (barring some serious injuries *knock on wood*). Next season, depending on whether or not Richard Murphy opts to pursue a medical redshirt, the running back situation may look the same. But in three years, both he and Michael Ford will be juniors and that could be quite the complementary combo. Ford flashes abnormal power but shows great speed/burst to turn small gainers into big plays.

Ware seems to be the type of back Miles falls in love with: big, physical, nasty and workmanlike. It's unclear how the depth chart will play out in the near future, but I expect Ware to be an impact player at LSU sooner rather than later. Having "too many" running backs is a good problem to have. Don't be surprised if Mr. Ware makes an early impact at LSU. I had the opportunity to interview four incoming freshmen a few weeks ago, and three of the four said Spencer would be the biggest impact freshman. Others are aware of his talents, and you know the coaches are too...