Baseballmageddon 2010 - Now that the dust has settled

Share All sharing options for: Baseballmageddon 2010 - Now that the dust has settled 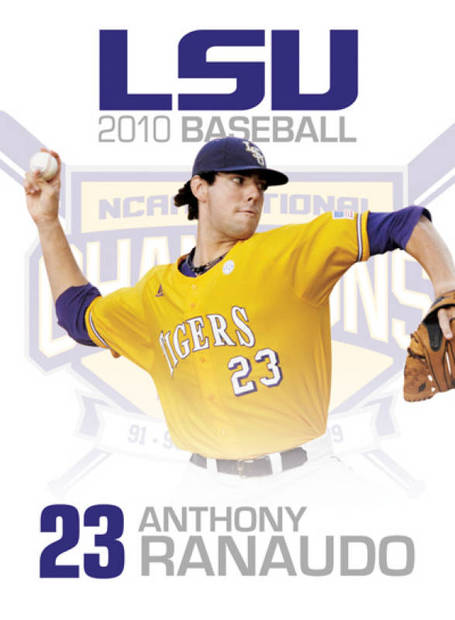 Alright, so maybe I overreacted (Hey, think how much it must suck to be Clemson this morning), but we lost a lot of what we needed last night.

Ranaudo going to the Red Sox is disappointing, but not unexpected. Remember that it was a surprise we got him back for this past season in the first place. After his stellar performance in the Cape Cod League, he convinced scouts he was over his injury and worth closer to the 1st round money he was hoping for. With super agent Boras in his corner, this deal was going to happen. Even with a less than great year, he was still one of the main reasons we had a NCAA postseason at all. We don't just lose a great starter, we lose a club house leader. Whoever steps up to fill that 2nd role has big shoes to fill (Just off the top of my head, I'm thinking Mahtook, but that's a discussion for later)

Zach Lee made the right decision. Taking 5 Mil+ now (by far the highest contract amount for an amateur the Dodgers have ever offered) rather than risking anytime playing college ball is really a no-brainier. He would need a great amount of luck to survive even a year of both unscathed, and if he showed promise at QB it might scare away the big bucks from baseball. I still think he was a greater loss for the baseball team, certainly a more immediate one. He could have been a midweek starter this spring, competing for a weekend spot by the time SEC play rolled around. No hard feelings though. By all accounts Lee was upfront with both the league and LSU through this whole process, and that's more maturity than we usually see from high-flight-risk high school recruits. It also says a lot about the draw and stature of our programs. To think, someone nearly turned down 5 MILLION DOLLARS because they thought playing at LSU was a better opportunity. It's certainly a reason to hold your head a little higher today.

Speaking of maturity, lets look at the other two big losses yesterday, and the very different ways each handled it. Garin Cecchini, a talented infielder and great base stealer, was up front with everyone that although he would have liked to go to LSU, he had a price that he would go pro for. The Redsox came close enough to that price for him to go, so he took their offer. On top of that, he dropped 20K into the Jimmy Fund straight from his bonus. The guy's a class act.

Lucas Leblanc, on the other hand, only days after telling the paper he was here to stay, just vanished yesterday morning and signed with Boston. I won't rag on him too bad as everyone has their price and it's hardly as bad as what Brody Colvin pulled last year. But to go to all the trouble to say he was staying and that he was done with negotiations only to sign so quickly afterward makes me think it was just a PR move to get Boston to give him what he wanted. It's a shrewd tactic, and a smart one, but it certainly burns any bridges he had down here.

Now, we still had a good class for baseball this year, we just lost the high profile guys from it. No one envy's Mainieri's job this morning, as he essentially begins recruiting again for the same class. We'll hear from him at a press conference later this morning. After the last few years, I'm sure he's had a backup plan since the draft day. I just hope he has enough time left to get them in and ready for next season.