Apparently the majority of you think our first loss of the year will be to WVU. Sure about that?

The team reports for Fall camp today, with the 1st practice tomorrow morning. Don't forget about Fan Day this Sunday.

ESPN.com is doing a feature on the 50 greatest upsets in college football history. So far the Tigers show up as the spoilers at #49 for beating Eli and #41 for the 2001 SEC title game. We are sure to show up again as more of the list is revealed over the next few days.

The Astros MLB.com beat writer reports (via his father) that LSU prospect Delino DeShields Jr. will likely not set foot on campus. On a related note, Dandy Don brought up a good point yesterday that in the deal for Ryan Theriot from the Cubs the Dodgers also received $2.5 million in cash, which means it's time to start worrying about our savior again.

The Oregon-LSU matchup in the JerryDome inches closer to reality as the Ducks drop K State from their 2011 schedule. BTW, since when did Western Kentucky sneak onto the schedule for next year? I thought that was where we moved Southern Miss to.

The College National Team continues to dominate at the World University Championships in Tokyo, with some great outings by Mikie "Mathook".

The tale of Chris Garrett becomes more intriguing as he will play this season for Northwestern STATE. Next year's home opener against Louisiana Normal will now feature our former QB recruit and former Co-DC Peveto.

Tony Barnhart at the Ol' AJC rates the SEC West QBs. For the record, JJ comes in last behind 2 known kleptomaniacs.

Patrick Peterson is on the Thorpe watch list, along with half of the SEC.

The Advoc has released it's annual LSU position breakdown for the Offense and Defense.

Bob Wynn had a great piece this week collecting all of the opposition defensive players we will face this year who are on preseason awards watch lists. The final tally is down right scary.

Last today, LSU has put out their annual schedule wallpapers, cranking up the highest resolution to a ridiculous 1920 x 1080. Go here to download them and check them out after the break. 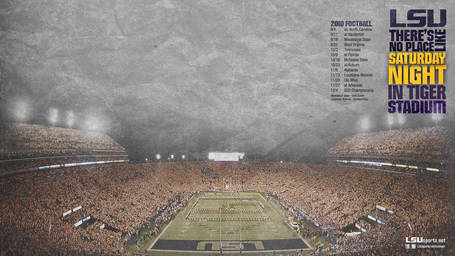 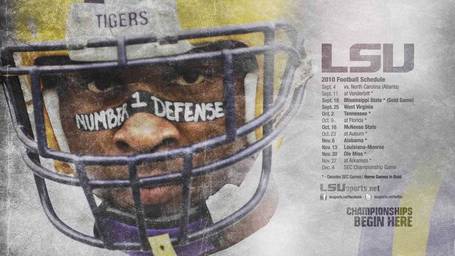 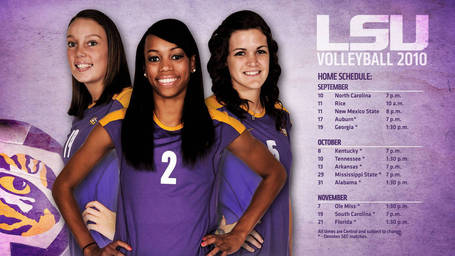 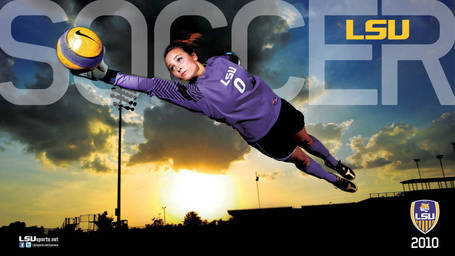