Share All sharing options for: Thoughts from the South Endzone - LSU v MSU

NOTE: All photos in this post were taken by me and can be used for anything you want. More can be found here

Very late, but more on the reasons why later.

It is tough to gather what the mood is of 92,000+ maniacs at once, but certain moments stand out. The crowds reaction to Jordan Jefferson seems about as split as the fan base is. Mild murmurs of approval at the start, but by the second offensive play there was already some loud grumbling. By the Half the Boo Birds were out in force, though I'd say they were more tempered than usual, probably due to the game never really being out of hand. And maybe tempered is the best way to describe the mood in TS overall this weekend.

Within reason, of course. When the D calls for backup on 3rd and short, the valley still shakes. It is an unholy sound that cannot be duplicated and is still the single best reason to go to a game. PP has everyone on their feet for every return, and the defensive star plays (any one of the 5 INTs, but I think Nevis' especially) make everyone loud and proud to be a tiger fan. 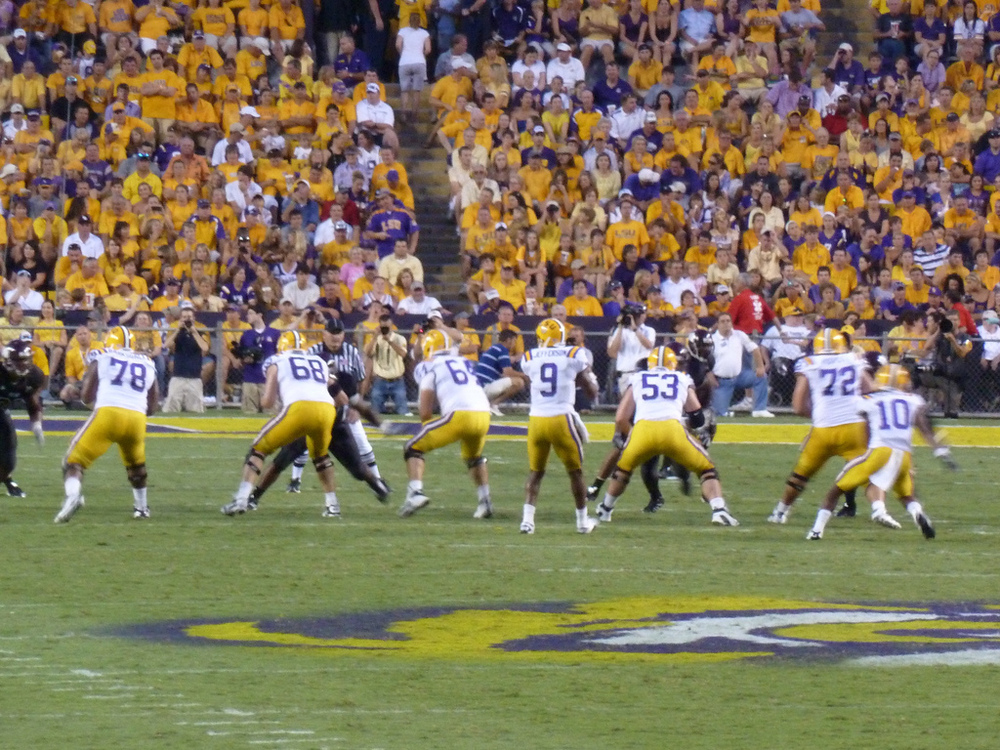 Still, there were moments when the mob started to turn. Blue's fumble pissed everyone off and the crowd let him have it. He went back out there and to his credit they were saying "BLUUUUUUUE" and not "BOOOO" by the end of the game. Around about the middle of the 3rd, some folks started to lose their patience with the offense and I could see quite a few visual interpretations of what some message board comments look like. Jasper got mild applause for his record setting performance, but he deserved a lot more from fans who were, to be blunt, not happy to see him.

And that's what's had me thinking about us as a fan base the last few days. Sweeping generalizations are almost never accurate but I think I'm starting to understand the view of those who think we've got the tinted glasses on. It's fear, and not unwarranted either. They see a team that is winning in spite of it's offense, that is bailed out with short fields thanks to an outstanding return game, an amazingly accurate and confident kicker, and a defense that for the first time in a few years is consistently looking for ways to make turnovers. And they see scoreboards from Bama games that make them seem to be nearly unstoppable.

And in someways I agree with folks like Purple Reign. You can be sure that other teams we face will know to stuff the box on 3rd and short. The "settling" for field goals instead of TDs is a big problem that will haunt us down the road if it keeps happening. I don't buy into the whole yardage argument (Nobody ever got bonus points for passing or running for 400 yds) but the underlying issue of wanting to see the O march down the field in 10 to 15 yd bursts and score consistently is a want I think we all share. (sorry for the coach-speak there)

And fear of these problems and the criticisms that comes from that fear is fine. After the first few weeks, it's clear that  our season will hinge on the Bama game and I'll be honest, I don't know if we can beat them. I am afraid and nervous of what that game will look like. But, if that game was this weekend at TS, I'd still like our chances. It'll be an ugly game, to be sure. And yes, we will probably have to be bailed out at some point by our D and/or special teams play. But I believe it can be done. Those who don't think so aren't wrong for having that opinion any more so than I am right for mine. 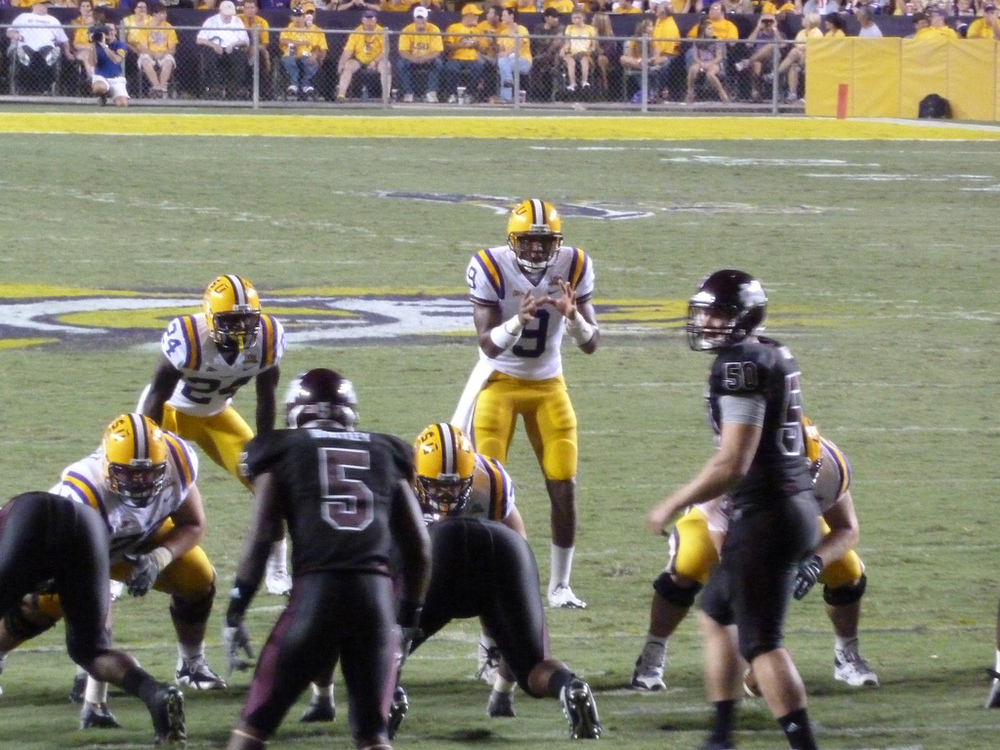 The thing is, it's probably going to get uglier before it gets better. The level of competition is going to grow steadily over the next few weeks and the nervous tension between the various factions of the fan base is going to get nasty again. I just hope we can all stay as cordial as we seem to have been these last few weeks and remember that at a base level we are all just hoping for a win. If you disagree with something we write, I want you to keep sounding off in the comments or a fan post. Opinion different from our own keeps us all grounded and will hopefully keep nerves cool if the worst should happen.

Unless we lose to Ole Miss again. If that happens, I'm flipping a car.

Other Odds and Ends 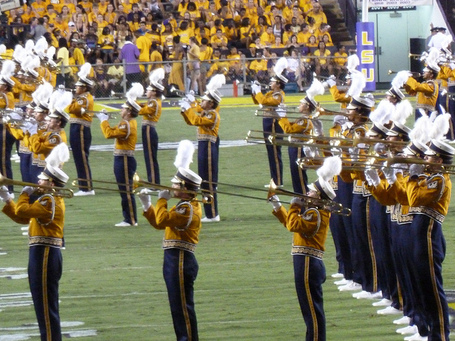 Not a great night for Mr. King's first at the helm. Missed stoppage queues at many points in the game. Shortest rendition of Stairway to Heaven I ever heard, part of a worryingly short show. And, horror of horrors, tempo problems during Pregame. I hope that last one was just my Tailgate buzz not wearing off fast enough. Didn't hear Neck nearly enough for all of the outstanding defensive work on the field. Looking for great improvements between week 1 and week 2.

Point at which more that %50 of the crowd left: ~8:00 to go in the 4th. It's always hard to tell for gold games. Most attrition came from where it usually does, the East and West Sides. (Scan the original for empties here) 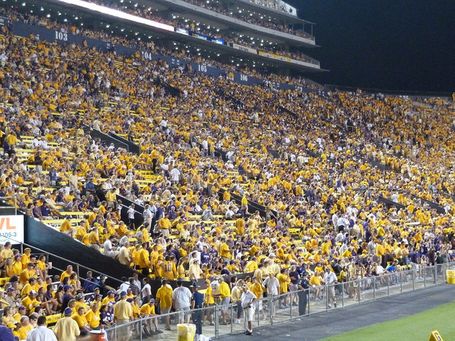 As I noted at the beginning, this is very late in posting. My attempts to take game notes as I did for the first few weeks failed miserably early into the 1st quarter. Add to that a Sunday spent on the Purple Drank trying to get rid of this head cold left things a little fuzzy. I'll have to think of something else for next week.