I had a long post all ready to go full of insight and wisdom (obviously, someone else wrote it), but computer ate my post.  So let me sum up with a visual aide 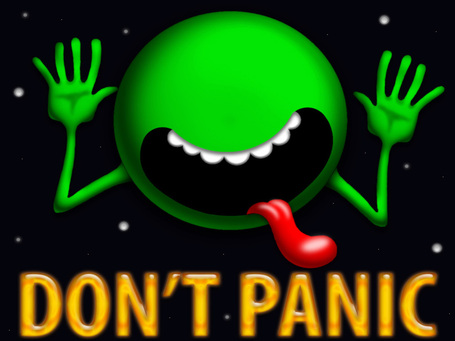 The fourth quarter was terrible, but it was more of a loss of focus than a lack of talent.  And hell, everyone thought this game over.  I'm not pleased the team spent the last hour of the game sexting co-eds for a hook up in Buckhead after the game, but I see how it happened.  The team needs to find a killer instinct.

And I know I'm supposed to freak out per the guidelines in my LSU Blogger Handbook, but I'm encouraged by the first three quarters of the game instead of feeling dour over the last quarter.  Jefferson was effective and spread the ball around, our offensive line only allowed one sack, and UNC couldn't run the ball at all.  Until TJ Yates became the second coming of Johnny Unitas in the fourth, the passing game was kept largely under control.

There are things to work on.  If Ridley is not carrying a football around campus next week, something is seriosuly wrong.  The offense, once again, needing just one first down to put the game away in the fourth, couldn't get it.  Turning a 3rd and 5 on the 19 to 4th and 39 at the 47 takes a special kind of poor play.  But most importantly, the team had a 20 point lead to blow in the first place, and LSU won the game.

Week one is often ugly.  Look around the SEC and around the nation.  Oklahoma let Utah St hang around all game.  Auburn played a fairly close game against Arkansas St.  Florida had problems with Miami of Ohio.  Oh, and Ole Miss lost to an FCS team.  I'll take the ugly win over the BCS opponent.