Share All sharing options for: Recruiting Roundup: The Running Backs

Just another year in the state of Louisiana: a stable of quality backs scattered across the Boot, and LSU gets the pick of the litter. Seriously though, when is the last time the state hasn't produced a top flight back? One of the built-in luxuries LSU has is the powerful home recruiting base, particularly in regards to running backs and defensive backs (just pure athletes). This year proved to be exceptionally plentiful, and LSU locked up their horses early on.

In case any of you are worried that the departure of Gary Crowton could have a negative effect on the recruiting (it almost feels silly to write that)... don't. Crowton was hardly a recruiter, and I doubt any players were hurrying to sign up with LSU to play in that powerful Crowton offensive attack. Seriously though, the offensive class is wrapped up, and the only major prospects left on the board are defensive guys. LSU has long had a stable of quality backs, and the rich only got richer this season. Have we ever been this young and this deep? 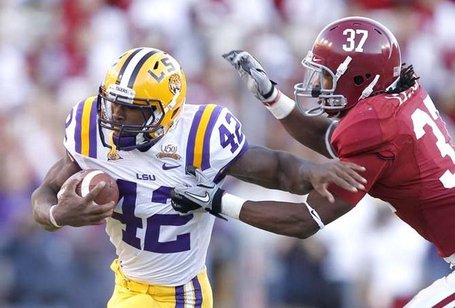 Ford is the senior member of our running back core and possesses tremendous athletic upside. Of all the players on the roster, Ford has the best combination of strength, speed, and size. He was a workhorse back at Leesville High School and came in with high expectations from many LSU fans. Ford has shown flashes of potential but has yet to put it all together. Ford has the breakaway speed we haven't seen from an LSU back in a long while (Keiland Williams would be the nearest comparison, but his speed seemed to trail off every season). He was excellent against Alabama and seemed to be growing into the number two role to Ridley, but then hardly made an impact in the Cotton Bowl. However, it would be foolish to give up on him just because another younger player has risen to the occasion. Ford will have a real opportunity to seize the starting job next season, and judging by Frank Wilson's cleaner/smarter/much more rational running back rotation this season, he'll have ample opportunity to take the job. 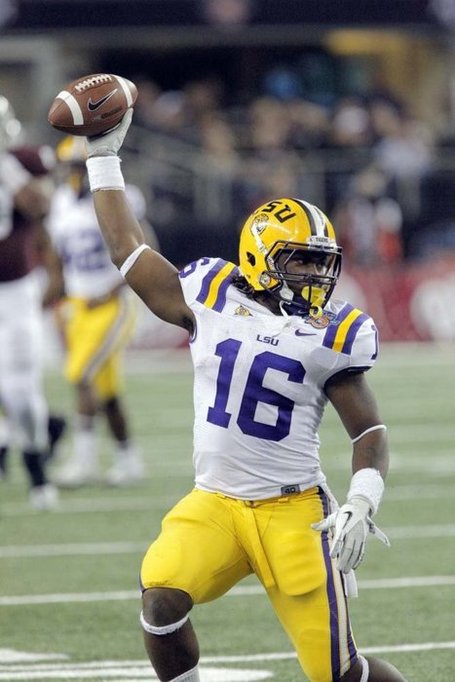 Ware was my favorite member of the 2010 signing class and a guy I went from "Who?" to "superstar" after watching his film. His commitment was a bit of a shock, but a gigantic recruiting coup from the state of Ohio (how Midwest teams undervalued this kid, I don't know). Ware doesn't have elite speed, but he possesses every other skill you could possibly look for in a running back (strength, vision, catching, blocking, balance). After making a handful of plays throughout the season, Ware finally got to flash his ability as a full-time runner in the Cotton Bowl, and he completely showed out. After the performance, you have to believe he's in the driver's seat for taking the starting RB vacancy left by Ridley's departure. He can do a little bit of everything for the offense, and should be a major contributor for next season. 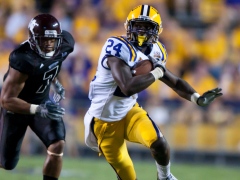 Blue started the season seeing carries above both Ford and Ware, but as the year wore on, his role diminished both due to injury and poor performance. He certainly showed flashes of being a nice player and offers good size, strength and speed for the position. Heading into the year, many thought Blue may eventually make the move to linebacker, and that's not something I would put out of the question. His strong early performance put some damper on that talk, but his blocking and ball protection issues later in the year moved him to the back of the depth chart and re-energized the talk. Chavis has had a ton of success converting talented high school running backs in linebacking superstars (I believe Jerrod Mayo was a tremendous HS rb). He values speed and due to our relatively thin depth chart at LB, I wouldn't be surprised to see Blue moved over. 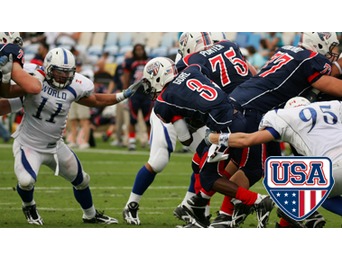 Gore is a diminutive back from Miami that put up eye-popping numbers in one of the most competitive divisions in Florida high school football. At 5'9, 175 pounds (listed, probably more like 5'7, 160), Gore will likely never be an every down back in the SEC. I suspect he will have used his redshirt year to add more bulk, but even 5'9, 190 is still a bit small (unless he can keep adding pounds without sacrificing speed/quickness and be an MJD/Ray Rice type of player... not out of the question). However, Gore should have a role this season. First, he'll get equal opportunity to take the kick and punt return roles now available because of Patrick Peterson's departure. Gore's role on offense is a little bit murkier, but depending on what offensive coordinator we hire, he could have some specialized plays.

Hilliard is the state of Louisiana's all-time leading rusher and has been on the recruiting radar since he was 14 years old. Nephew of former LSU superstar Dalton Hilliard, there was little question where Kenny's football road lead. There's little flash to Kenny's game. He's a big, powerful bruiser that wastes no time dancing and instead heads straight up the field. His style is probably most reminiscent of Charles Scott, but he does have a little more wiggle. There have been some question marks regarding Hilliard's size (being too heavy) and speed (lacking the breakaway ability). Hilliard is an early enrollee and will be on campus starting this week. Don't underestimate what that can do to further his development, help him to reform his body and prepare to be a contributor in 2011. If Hilliard can get his weight under control, he has the makings of a future superstar. 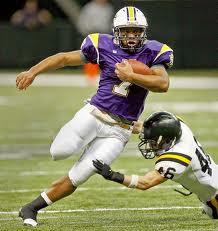 Magee is probably one of the more unheralded prospects in this class (though he's rated a 4 star, he's lightly discussed and typically forgotten in respect to the other two backs committed). Yet, all Magee has done throughout his high school career is produce. He played quarterback for Franklinton (much like Spencer Ware did in high school) as a kinda do-it-all type of player. He finished the year as 4A Outstanding Offensive Player of the Year. Magee is the type of kid that ends up being a tremendous producer in three years and you go back and say... "oh yeah, that guy." The best thing I can say about him is that he's just a football player. Magee is a smaller back, that runs tough and flashes some wiggle. He's a slippery back with good top end speed. I anticipate he'll take a redshirt, but I would've said the same thing about Alfred Blue. 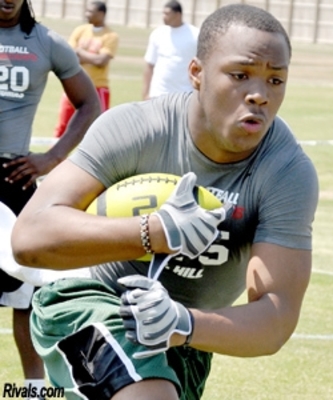 Jeremy Hill's future with LSU is certainly in question. I'm not sure anyone knows exactly how this situation will play out. Hill was one of LSU's earliest commitments (with teammate La'El Collins), but recently de-committed to explore other options. Some say that decision rested with other family members rather than Hill himself. However, Hill recommitted just a few days ago. Unfortunately, Hill was recently arrested and charged with oral sexual battery. How that legal situation plays out, I'm not sure. Does that affect his standing with LSU? I don't think that's entirely unreasonable, especially in a tight scholarship situation. Hill is a talented player with skills reminiscent of Stevan Ridley. He's more of a slasher with cutback ability than a pure pound ahead type of guy. Hill is a talented back, but his legal situation may cost him his chance at LSU. Will his offer be pulled? Could he be a greyshirt? Could he be placed in a JUCO? All of these seem like plausible situations, but only time will tell.

Despite the current depth at running back, I expect LSU will take at least one back in next year's class. Here are a few names to keep an eye on:

LSU is currently in tremendous shape at the running back position and should continue to stockpile great backs.