Share All sharing options for: Recruiting Roundup: The Quarterback Position

Perhaps no position has caused more weeping and gnashing of teeth than the QB since the departure of Matt Flynn. First the Ryan Perrilloux dismissal. Then the dreaded "pick 6" redshirt freshman season of Jarrett Lee. Followed by the lackluster offensive production under the watch of now starting QB Jordan Jefferson. Finally, the arrival and abrupt departure of our sure savior, Zach Lee. In short, the handling of the quarterbacks for the last three years has been nothing short of bungled. Production this year dipped to all-time LSU lows. Our third string QB was a choice of two walk-ons. It wasn't just the present that seemed grim, the prospect of enduring the same struggles all over again in two years seemed very real early this season. Alas, LSU nabbed two QBs in the recruiting process and the rebuilding process is now in full effect. Let's take a look at how the 2011 recruiting class will shake out. 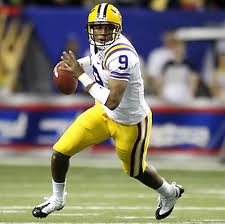 The struggles of Jefferson have been well documented. After a generally unappreciated solid sophomore campaign, he regressed in every major category in 2011, including throwing for more INTs than TDs for the first time in his career. Jefferson did make strides as a runner, but failed to be a consistent threat as a passer. There are certainly flashes of brilliance (see the Ole Miss game and the 2nd half of the Alabama game), but those are only followed by sheer misery.

Jefferson is likely the favorite to win the starting job next season, but I wouldn't etch that into stone. Many will revert to the mostly baseless Miles meme of "never playing underclassmen" (something which was firmly and strongly planted on its ass this year), but considering his struggles and Miles constant reiteration that we must get better in the passing game throughout the season tells me this isn't as over as many suspect. More on that later. 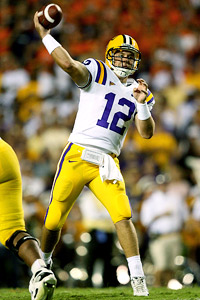 Lee's tumultuous LSU career took an upturn this year with a thrilling game-winning TD pass to Terrance Toliver to beat the Gators in the Swamp, as well as orchestrating a game-winning drive against Tennessee. However, in every game after the Florida victory, he struggled with consistency and accuracy. Lee stood up and delivered a big play at the end of the Alabama game when Jefferson went out briefly with injury.

However, the issues which have plagued Lee since his RS Freshman year continue to rear their ugly heads. Namely, Lee panics in the pocket and tends to bail out and try to make throws with his arm alone. Lee has an adequate arm, but he's no Jamarcus Russell. This often forces his throws to sail, a problem which lead to many of his picks in 2008.

*Note: I'm typically firmly against judging leadership qualities based on body language during games, but this seems to be the general consensus about each player. 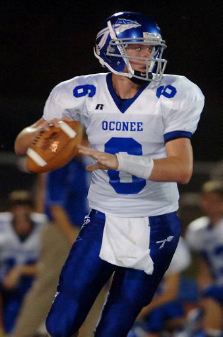 Alas, the new savior and this time there is no threat of Major League Baseball taking him away. To give further optimism, Mettenberger is an Early Enrollee who will be on campus this spring to begin learning the offense. Mettenberger had a great year at Butler Community College, which finished with a heartbreaking loss in the NJCAA Championship Game.

Mettenberger brings a lot to the table. Mettenberger started last spring engaged in a battle for the starting QB job at the University of Georgia. Reports of who lead the competition vary upon you ask, but the Spring Game footage of Mettenberger's performance is certainly promising.

Mettenberger is a big, strong pocket passer with underrated mobility. From watching his spring game tape, I come away most impressed with his ball fakes and ability to put touch on the football (something neither QB we currently have has mastered yet). He appears to work through his progression nicely and delivers a very catchable ball. Mett also has a big arm and should really rejuvenate the vertical passing attack LSU has lacked for the past three years.

Can he be the starter for 2011? Why not? If Gary Crowton is replaced this offseason, that could be all the advantage Mettenberger needs. From a polish + talent standpoint, Mettenberger comes to LSU more advanced than either Jefferson or Lee did. A new offensive coordinator means every player is starting out on page one in terms of learning the offense but also a new set of eyes means no inherent bias. Of course, Miles will have oversight of the decision and perhaps he will default to Jefferson for the experience factor.

However, I think we may continue to see a two QB system in 2011. But instead of your 2nd QB being Jarrett Lee, it might be Mettenberger (or perhaps even Jefferson playing that running QB role). Another thing to consider with a new offensive coordinator is the system. If Miles opts to go to more of a true spread (say like Mike Leach styled), Jarrett Lee could really blossom in that system. If Miles goes the pro-style route, it's more tailored to a guy like Mettenberger. If he goes the spread-option route (I'd say least likely), Jefferson would be the obvious choice (unless you get into a mess of moving Russell Shepard back).

All that is to say that simply penciling in Jefferson as the 2011 starter is foolish at this point. There's a long way to go and a lot of things can change between now and then. 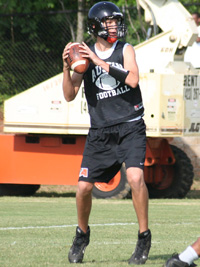 Yes, Stephen is the younger brother of Pro-Bowler Philip Rivers... I think everyone knows that. Stephen plays 5Aball in Alabama, and from more than one account, really struggled this season based on the lack of talent surrounding him. Regardless, he came away with an impressive showing in the Mississippi vs. Alabama All-Star game, and even won MVP. Many onlookers were impressed with his performance during the game, even after a somewhat up and down week of practice.

Rivers has a lot of raw ability. His arm strength is underrated (not phenomenal, but good). He's a big (6'7), but lanky kid right now. He's certainly not a guy LSU could play in 2011 or probably even 2012. He needs time to fill out his body and refine his skills. He does have tremendous upside. Some people will say it's silly to be optimistic about him "simply because his brother is good," but I don't think that's entirely true. Having a Pro-Bowl QB be a personal mentor (not to mention to come from a dad who is coach) can only help his development.

Rivers, like his older brother, has a strange throwing motion, but Philip has proven that doesn't have to be limiting. The real test will be whether or not someone can channel his talent. Philip was tutored by one of the very best QB coaches in the country, Norm Chow. I think we can all agree Gary Crowton isn't that. He's more of a long term project at QB, but there is certainly a ton of upside there.

Weaknesses: Strange Mechanics (may not be a huge deal), Inexperience

Up until a few weeks ago, LSU looked to still be positioning for another, more athletic brand of QB. Rumors swirled about Teddy Bridgewater's desire to come to Baton Rouge. LSU had flirted some with Florida signal caller Jacoby Brissett as well. However, neither are heading here and LSU is finished at the QB position for 2011.

I fully expect LSU to be in the mix for two, perhaps even three QBs next season with both Jefferson and Lee set to depart. LSU is already after a handful of top-notch 2012 QBs. I haven't taken the time to evaluate any of the following players, but here is a preliminary list of names you should be keeping an eye on for 2012:

Remember, it's early yet. In the fall of 2008, many of us expected LSU to be hot after Jacob Karam, figuring him to be a top-flight option in 2009. Instead, he wound up being a solid, but not spectacular prospect. Some guys dedicate themselves, grow or improve as seniors and wind up as top-flight prospects. Cameron Newton wasn't a well-regarded prospect when he committed in September of 2006, but by the year's end he was a 5-star and obviously we know how that turned out. Others who look like the next Marino will fade away as coaches get a better look at them in person. It's the nature of scouting and evaluation. But do expect LSU to be hot after several top-flight QBs next season and to wind up with pledges from more than one.

Look forward to the next installment of this series: The Running Backs.