Before I go any further, I know, I know, I'm crazy.  How could anyone even think about basketball with the way this football season has gone?  Well let me just introduce myself and tell you why I'm here.  My name is Jeff, I'm 21 years old, and I am a student at LSU.  I guess you could say I'm a junior because I'm halfway to my business management degree, but I've only been at LSU for a year.  I transferred from Central Florida CC in Ocala, Florida.  As you probably figured out, I'm from Syracuse, NY, and that's why I'm crazy about basketball.

To tell the truth, I've actually seen very little LSU basketball.  But I do watch a lot of college basketball.  It tends to be the Big East, but now that I am at LSU I watch the SEC as well.  I was brought in by PodKatt to do the LSU coverage for this season, so I plan on attending all of the home games, and previewing and reviewing every game.  I'll also do some coverage of the SEC and the college basketball landscape.  First up is the preseason which will include a breakdown of the team, SEC, and a schedule analysis.  It's less than a month until tip off already when LSU will start at home and look for revenge against Nicholls St. 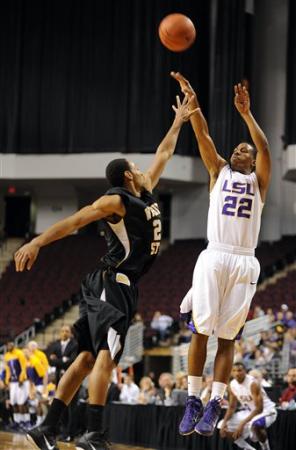 I decided to start my analysis of the team with the best guard on the team. As I mentioned before, I hadn't seen LSU until the start of last season. From the first game onward, I knew he was the best guard on the team, even during the times that he struggled. He ended his freshman year with a respectable 12.3 points/game. However, as is the case with most of the team, his shooting percentages were way too low to win any games. Ralston shot 3's at only 32% and free throws at only 70%. Overall, he also shot well under 40%. There needs to be improvement on these numbers if LSU is going to win games this season.

There is hope though. As I will mention many times throughout the season, the freshman to sophomore "jump" is when the biggest improvement takes place. Players get an entire year to work in the weight room, condition their body, and practice their shooting. It's especially beneficial to a player that sat out a good amount of games as a freshman with a foot injury.

Expectations: As I will point out in the forward's preview, I expect them to be the backbone of our offense this year. With a highly touted freshman in O'Bryant, senior Storm Warren, and senior Malcolm White, the focus should be getting them the ball and letting the guards calm down on offense. Having the pressure taken off will help Turner immensely this year, and his shooting percentages will climb steadily as the offense gels.

The numbers overall will look somewhat modest, but it doesn't stress how much more the team will benefit from a player being under control on offense. Not forcing bad shots will allow the forwards to make layups. Looking for others to score will raise his assist numbers. The increased muscle will allow him to rebound better (he gained 12 pounds according to LSU). One thing you will find is that freshmen are also very inconsistent. Turner was no different. Expect his bad games to be a lot less damaging to the team, and expect him to really shine in his good games. Perhaps enough so that he finds his name on All-SEC ballots in March 2012. 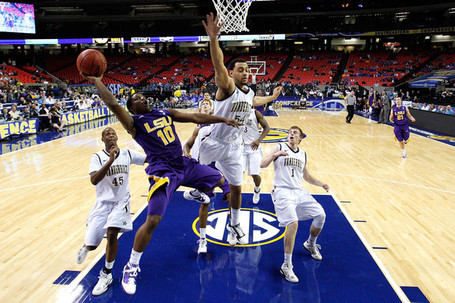 I will be the first to admit that I am going to be very harsh in the evaluation of Andre Stringer. His freshman year was a disappointment to me. I really thought he looked like a player that could be good as a role player even though he was a starter. LSU didn't need the offense to come from Stringer, but for whatever reason, it did. Stringer's failures resulted from one simple fact, he took too many shots.

In 12 games last year, he took 8 or more shots from 3 point range. His percentage in those games was about 28%. That's far too many shots for a poor shooting player to take, and it sunk LSU in key situations. LSU needs Andre Stringer to be the point guard, not the shooting guard. As mentioned with Turner, the strength of this team will be the forwards, and Stringer needs to just get them the ball. Whether it is on fast breaks or in the offense, he can't settle for long jump shots. Even if he is open, and even if he is making them. The damage will come from his ability to get the ball inside and force teams into foul trouble. He will need to significantly increase his assist numbers and cut down on his turnovers.

Expectations: I expect Stringer to disappoint this season. Unfortunately, I don't think he has the necessary tools to play point guard for this team. His size makes him a defensive liability at times, and against full court press teams he tends to struggle. I didn't see enough improvement from the beginning of last year until the end of last year to hope that he will change his ways.

It's a mixed bag of result for Stringer. His point production goes down mostly because his percentages go up(he takes less shots). He will probably get fewer rebounds, but that's because the rest of the team will do better in that category. His assists numbers will rise, but not to a level high enough to really make this a dangerous team. A success would be if he averaged 5 assists/game, which is respectable on any team. If he did this, we would be in for a fun season. I'm pessimistic he gets there though. His turnovers remain virtually the same. A good improvement might come at the free throw line where he may be an asset, though it remains to be seen whether he can be counted on in late game situations when he is being double teamed in the backcourt. 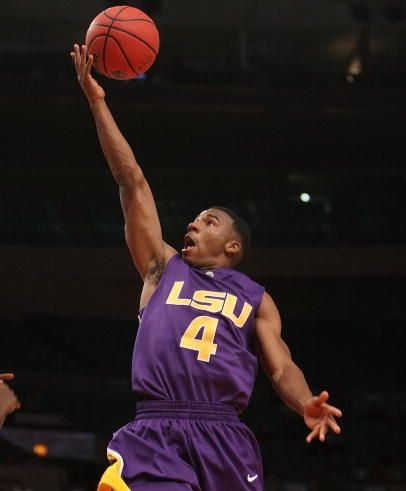 If there is one word to describe Chris Bass, it is limited. Simply put, he's the very definition of bench player. One game he might come on and give you some good minutes. Others he is out there for a few minutes and is virtually non-existent. His minutes per game reflects this to a point, as he only received 16 minutes a game.

Chris Bass is a somewhat frustrating player at times, but there were games last year where he was an asset off the bench. The key will be to manage him and get him into positions where he can succeed. He's a terrible shooter, and teams knew this and would often give him room to shoot. In fact, they were begging him to shoot most times. Luckily for LSU, Chris understood his role on the team and usually wouldn't take the bait. He is a decent defender and I feel more comfortable with him on the floor when we need defense. Once again, he is somewhat limited in his athleticism, and can be slow moving both on the offensive and defensive sides of the court. He does have a decent first move from the top of the key, and it will be interesting to see if he can mature to the point of being able to find open players after a double team arrives in the paint.

Overall, I would be very pleased with these numbers. I think with the lack of guards on the team, and especially guards with experience, he will find his minutes per game increase this season. He actually has a decent assist to turnover ratio and I would expect it to rise a little bit because he generally doesn't look to score. With, what I think will be, an improved team, his categories should all rise. I don't think he takes a large amount of shots overall, and will instead find his points at the free throw line. Look for him to break the 100 assist mark this season though, especially with healthy Turner and Warren on the court. 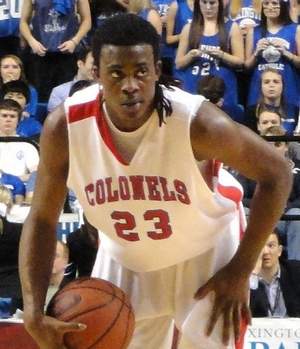 The first of the highly touted freshmen is Anthony Hickey Jr., Mr. Basketball in the state of Kentucky. As with any freshmen, it's tough to find any videos that display his flaws, so I will only base this evaluation on the little I saw on YouTube.

He looks like a quicker player than any of the other guards we have. He seems to like to play on the fast break rather than in a set offense, and will try to score before the other team is ready. This may clash with the current style that LSU plays, perhaps because the rest of our team is slower. I really do like his up-tempo style of play and hope that he can use it for us this year. There are minutes to be taken by the freshman, and he's definitely got the talent to do so.

I'm going to exclude the numbers predictions because it is generally hard to know what you are going to get, and they are honestly probably going to be way off no matter what I put down. Like any freshman, I think he will struggle at times, but I think he has star potential and will be exciting to watch. I really like this pickup by Trent. Hickey definitely slipped through the cracks and we are lucky to have him at LSU. 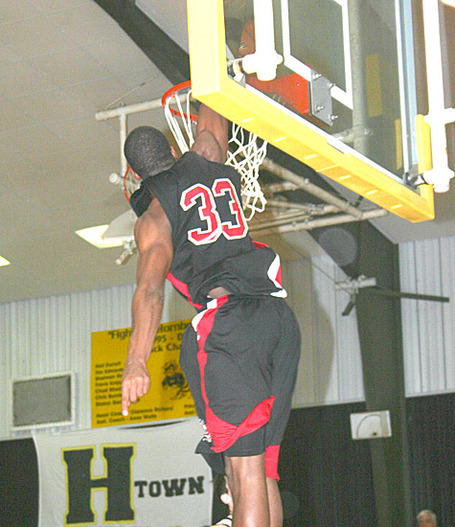 I'll be honest; I couldn't find a video with him in game action or a highlight video. He's rated pretty average across the different scouting services, but generally it's anyone's guess as to what happens with 3 star recruits. He has decent size judging solely on the numbers. This will help him get minutes. LSU has short point guards that he will be playing with. I would hope he finds his way onto the floor as a defender. Players like Isaac are what coach needs if he wants to have success; Louisiana players that stay in state. Even if they aren't Greg Monroe or Glen Davis in terms of talent, the program needs players to stay local.