(PodKatt: My apologies to our long time loyal readers, but due to time constraints today's Nicholls St. related post will be severely lacking in the usual Commie jokes and Russian translations. They'll be back in baseball season, for sure) 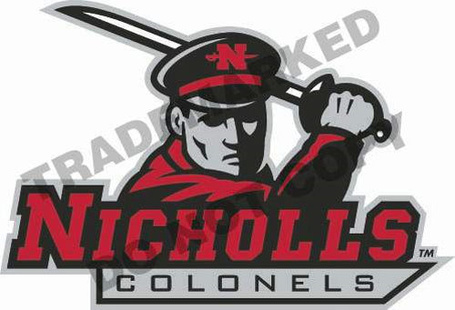 What better way to celebrate Veterans Day weekend than with a revenge victory over the Kolonels?

It's finally arrived!  The beginning of the college basketball season!  With no NBA season in sight, college basketball will enjoy the spotlight this year.  There could be no better time for LSU to step back up and reclaim the SEC West crown, especially if it means beating Alabama again.

First, though, we have to make it through a relatively difficult non-conference season.  The Commies from Thibodaux are making the short trip north hoping to make it two in a row against the Tigers.  They ended LSU's dominance over the state of Louisiana last year, and pretty much started a chain reaction of losses for the LSU team.  Don't be confused though, they deserved to win.  They beat LSU with hot shooting and tight defense.  It wasn't a fluke.

What should you watch for?  How about the fantastic recruiting class that coach Trent Johnson brought in?  Led by McDonald's All American Johnny O'Bryant, these freshman come with a lot of hype, and definitely fill me with lots of hope.  Anthony Hickey Jr. leads the guards, and was the state of Kentucky Mr. Basketball.  He looks to be the lightning to the JOB thunder.  Iowa State transfer Justin Hamilton is itching to get back onto the court for the first competitive action in over a year and looks to build on his solid season two years ago for the Cyclones.  John Isaac rounds out the class and looks to challenge for shooting guard minutes with his 6'3" size.

Tip Off is at Noon, broadcast on 100.7fm in BR and streaming video for free in the Geaux Zone 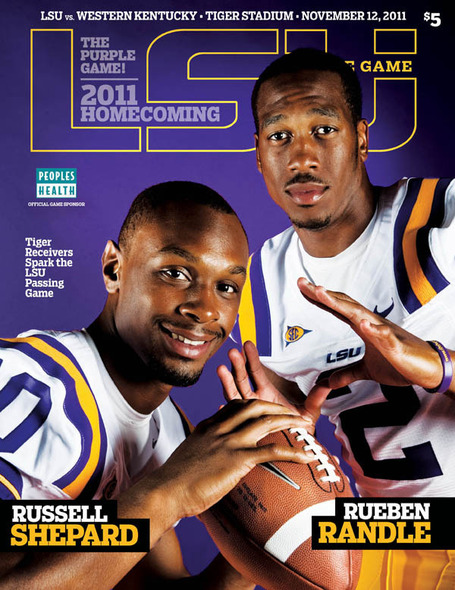 It's Homecoming: No. 1 LSU Hosts WKU for Purple Game

College Football TV Schedule, Week 11: Oregon-Stanford, Auburn-UGA And So Forth