Share All sharing options for: A Very Special ATVS Interview... 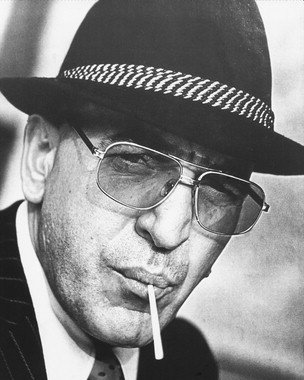 Who loves you baby?

No, no, I didn't interview Kojak. Don't be silly. He's not even a real person. Although that would be kind of awesome.

I have something even better. 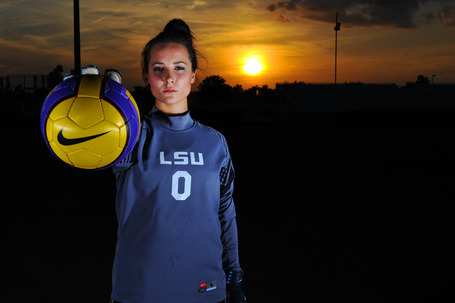 Awwwww yeeeaaaah Billy got to talk to Mo Isom. That's right, she knows we exist! And she talked to me!

Few quick notes -- Mo will be appearing on the syndicated reality show "The Real Winning Edge" this weekend. Check your local Fox affiliate to see if they are carrying it. It's an inspirational show for young people, in which she will talk about some of the adversity she's faced in her life. There's a great story here from Sports Illustrated that everybody should read.

And of course, here's a Youtube link to the LSUsports.net page that has all of her "Meaux Vs." videos. Coming soon, Meaux Vs. Mo (Claiborne). You can also check out her own blog here.

How does it feel to share official And the Valley Shook.com CrushTM status with Lolo Jones?

This is a bigger honor than any award I could ever win! I'm blushing!

To be compared to Lolo Jones, who is just so gorgeous, and such a fantastic athlete is so flattering. This is better than being named an All-American!

What's the best story from the "Meaux Vs." series?

Oh when we shot the Brad Wing episode! When we got out there to film that day, none of it is really scripted in terms of what we say, but I told him that one of the challenges would be an Aussie-style kick, and he asked if he could warm up first. Well he's out there shanking everything. Just some pathetic punts, and I was sure that I had him. But then the cameras came on and Mr. Showboat just turned it on and nailed that perfect punt.

So he sandbagged ya?

Yep. And after that I just never recovered and wound up losing. I'm still bitter.

Some of our commenteriat thinks you might be the next Erin Andrews. What do you say to that?

I take it as a compliment, because obviously Erin Andrews is awesome, and so beautiful. But I want to be the first Mo Isom, not the next Erin Andrews. I have so much respect for all the other female sports reporters on TV though. I just love to turn on Sportscenter and see a woman's face.

Is working for ESPN a dream of yours?

Certainly! I think ESPN is every sports journalists' dream. And when I set my mind on something, I really go for it. I would love to get to do things like "Mo Versus," where you get to see a different side of some of athletes. Those human-interest type pieces.  And groundbreaking stuff like the 30 For 30 series are so cool. Those are the sort of things that really interest me.

Are you still planning on trying out for the football team this spring as a kicker?

Absolutely. I've been training since January of this year! I had it in my mind, and I approached some of the players I know, and they were so enthusiastic. And then I talked to some of the coaching staff, because of course I wanted to be in their good graces. I was expecting to see some resistance but all the doors were open to me, and everybody has been so excited, which is so great. I started working out with the team some this summer, which wound up helping as some cross-training for soccer, and I kept working on my kicking in my spare time. Then this fall I went through the walk-on tryouts, just to kind of see what it was like, and I kicked a 51-yarder. Obviously I was going to finish up in soccer, but I will be back to try out again this spring.

It would just be a fantastic way to spend my last year as a Tiger. And I love the guys on the team. I just think it would be a really special experience.