LSU - Alabama: A Viewer's Guide to the DVR Replay

Share All sharing options for: LSU - Alabama: A Viewer's Guide to the DVR Replay 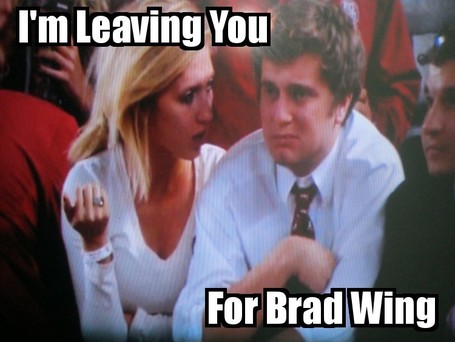 This game may very well come down to one play, one drive, hell, maybe even one punt.

Well, as much as I would love to say "told you so," I have to admit, I never considered that a 73-yard punt might wind up being the game-changer. Saturday night wound up being the extreme version of the "irresistible force/immovable object" scenario I envisioned. Beauty is in eye of the beholder, and if offense is your preference in a football game (and it usually is mine, but I can still appreciate defense as well), hey, it takes all kinds. But don't say that game was boring. I enjoyed this one at the Varsity in Baton Rouge with my wife, friends and a packed house (that included the lovely Ms. Isom who follows us on Twitter), and by the end (in addition to a nice buzz), I'd managed to yell so much that not only was my voice gone, but muscles in my neck were sore. This game was intense, and sure, sloppy at times. But it wasn't boring.

Anyways, on to the notes: