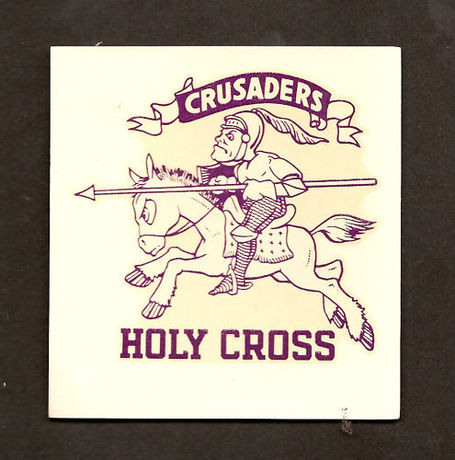 There is a much more awesome looking knight on horse logo that Holy Cross used to use, but my search of the internet has found only postage stamp sized images of it.

Not much to say about the Crusaders, this will be their first games of the year. They return many starters from last year's team which broke NINE Holy Cross batting records Including BA, Slugging, Hits, Runs, Doubles, Homers, and RBIs. On paper, it might be their best team in years, but they are still only picked to be 2nd in the 6-team Patriot League.

Holy Cross has a bit of baseball tradition. They won the 1952 CWS and returned to Omaha in '62 and '63. They remain the only team from the Northeast to ever win the CWS.

For offensive leaders look at OF Jack Laurendeau, a genuine steal threat and OF Nick Ciardiello, their leading returning hitter from last year with a .368 avg and 39 runs on 68 hits, 10 homers and 57 RBIs. In the bullpen they've got RHP John Colella as their best closer.

For LSU, Mainieri's tweaking the starting pitching a little, sending Alsup to Sunday and moving everyone else up a day. With 2 midweek games this week, including a good one with up and coming SELA, we'll have to be careful we don't run out of arms. No other lineup changes are expected at this time, and I'll post both lineups as soon as they are out.

Elsewhere in baseball, there are some great Non-conference matches around the SEC. Not on that list is SELA at Bama in Mobile, which is already underway. That series should go a long way towards determining if SELA is for real this year, which is important because we play them on Tuesday.

No TV this weekend, and the home basketball game means Hawthorne & Hanagriff on Friday, Hanagriff and The Coog on Sat.-Sun.

The weather can be described as "awesome." Cloudy, with a slight breeze through until Sunday when the wind will pick up in the afternoon as a front rolls in for Sunday night.

After the break, your weekend program and the First Pitch Banquet speech from Eddy Furniss. 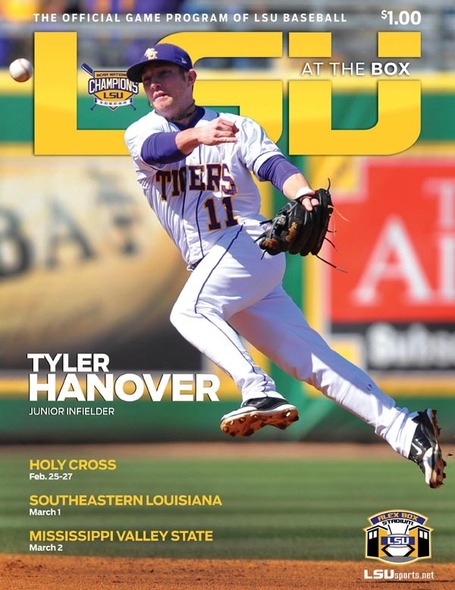