It's February, so it must be baseball season.

First up is a preview of the positional players. If stats are available, it's last season's "slash" line: AVG/OBP/SLG. Cards taken from last year's set, which you can see HERE. 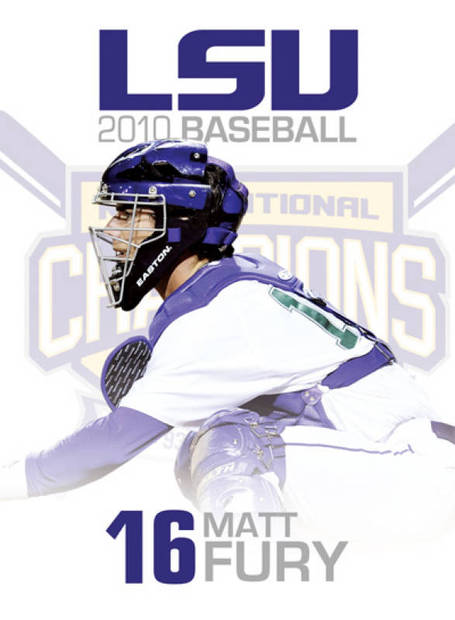 ED NOTE: Fury is up here because he was literally the only other person who started a game at C last year. It was only once, and you can tell by the green on his jersey it was the St. Patty's Day beatdown of Nicholls St.

We're really going to miss Micah Gibbs, one of the all-time LSU baseball greats.  You can't just slide someone in there, no matter how well-regarded the prospect, and replace a guy like Gibbs.  You can't expect that.  Tyler Ross is supposed to be a top tier prospect, and the team is counting on him, but let's be honest, we're taking a step back.  We honestly don't know what we have behind the plate this season.  Ross could have gone higher in the draft but was unwavering in his commitment to LSU, so he slipped in the draft.  Ross could be the second coming, but it's best to temper our expectations here. 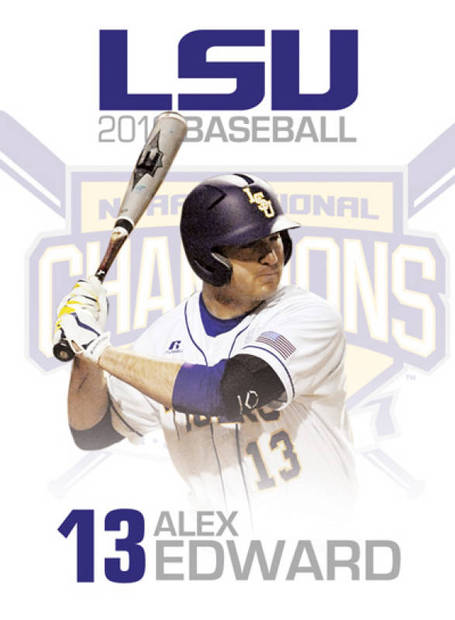 Edward came on late last season and earned the starting third base job, which has been sort of a black hole for this team recently.  Now, with Dean moving on, Edward slides across the diamond and will play 1st this season.  The biggest concern here is that Edward, despite a good batting average and terrific eye, never really developed a power stroke.  He hit only two homers last seasons and with the bats changing, it will be a challenge to hit that total again, even with 100 more at bats.  Edward is a reliable hitter, but he's not a middle of the order guy yet.  Beau Didier gives us a nice option off the bench, especially as a lefty.   Didier is a useful role player, but we're going to sink or swim with Edward at first. 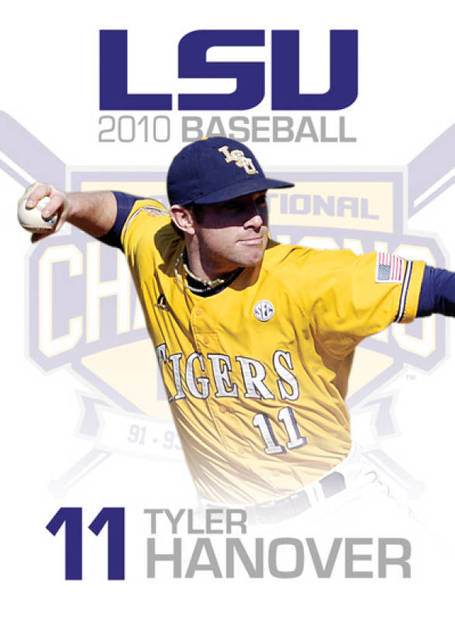 Hanover's been a guy that has moved all over the diamond, but has settled in as the second baseman this season.  Hanover has a good bat, great eye, and decent gap power.  He's also not a threat to hit home runs, really, but he gets on base and hit his share of doubles.  The real asset here is that Hanover is a terrific defensive player, and LSU now has one of the best defensive middle infields in the country.  Nola and Hanover are going to turn a lot of balls into outs.

Now is the best time to talk about the new bats, which are supposed to perform at a level far lower than what we're used to seeing.  Even more concerning for LSU, is that 41 of the team's 78 homers were hit by three players (Dean, Gaudet, and Gibbs), and all are gone now.  LSU is experiencing a huge power drain even without the bat change.  Which means that this really is the perfect time for Mainieri to transition to a more running, gap-power kind of team.  Look for doubles and steals.  Mainieiri is publicly blaming the bats, but it's also a necessary philosophical change given the roster this year.  We don't have the same number of big bashers.

Which is why Ralph Rhymes is such an important addition.  He tore up JUCO last season and he is likely LSU's middle of the lineup threat this season.  He's not going to play 2nd base that much, he'll be the team's DH.  Ryan Eades will also likely see his share of action as a sub, to ease the transition to our middle infield of the future.  More than any other position, LSU is stacked at 2nd. 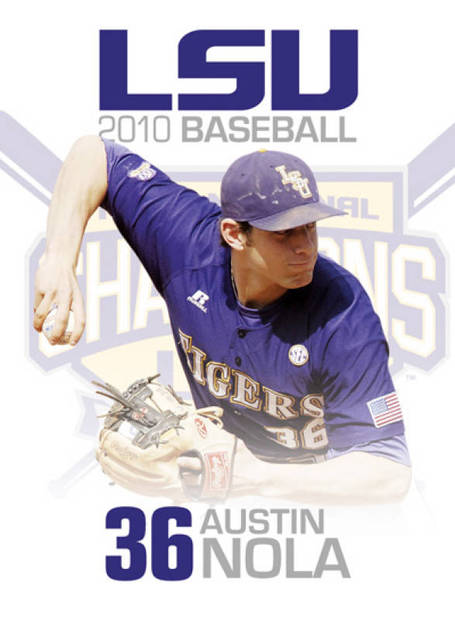 Yeah, Nola is really good.  He's essentially the one indispensible player on this team.  Mainieri is going to rely heavily on a young staff, and one of the ways he can do that is by encouraging pitchers to pitch to contact.  This team will rely heavily on the defense to turn batted balls into outs -- and that hinges on Nola. 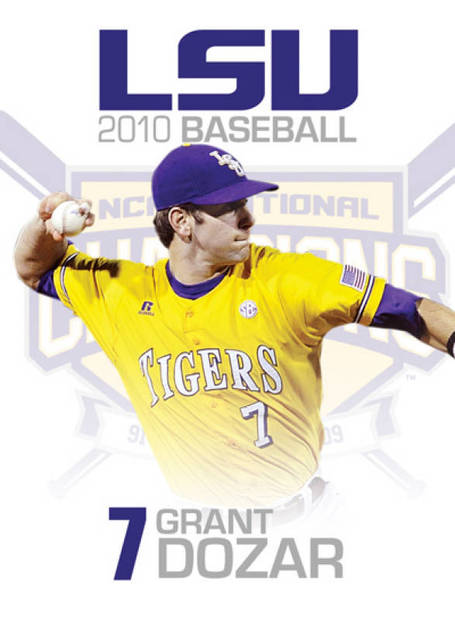 Ahhh... third base.  The hot corner has been a virtual black hole at LSU since Mainieri arrived.  No matter what he tries, it doesn't seem to work.  The expectation has gone from finding a star to finding someone who simply won't suck (though I always though Helenihi got a bad rap).  Well, the time to simply not suck has passed.  JaCoby Jones is an elite prospect and is being counted on to produce.  If he can't, we'll likely see Hanover move back across the diamond or see Dozar reenact his role his Super Utility Man.  It would be a nice change to get above average production from the third base position. 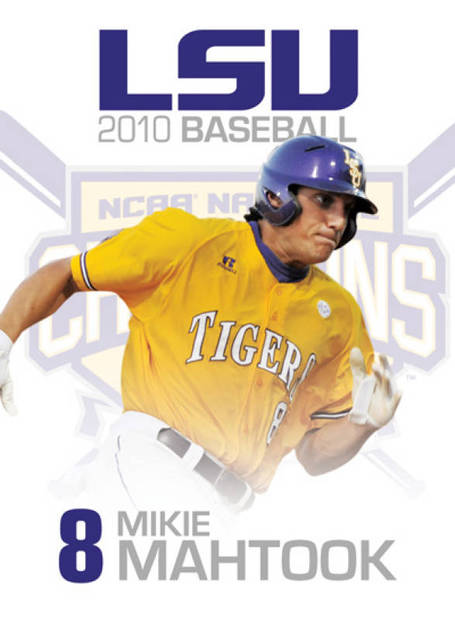 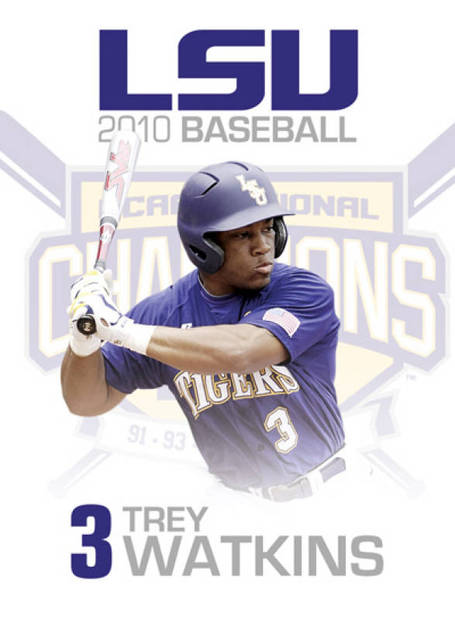 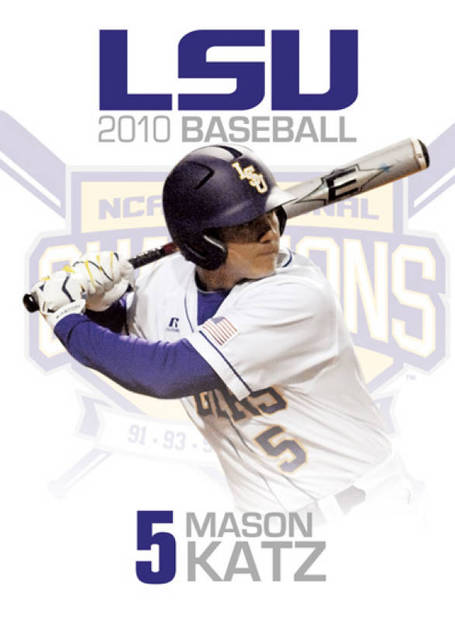 There are only four outfielders on the roster.  OK, not exactly true, given that Alex Edward, the starting first baseman, is listed as an outfielder, as is pitcher Jimmy Dykstra.  And let's be honest, Dozar would play anywhere.  But really, it's just four guys, and one of them, Spencer Ware, will be unavailable for part of the year due to football commitments.*

*Let us pause to reflect on my deep man crush on Spencer Ware.  He had a coming out party at the Cotton Bowl, and looks to be a bruising running back in the mold of Scott and Ridley, only with speed and better hands.  Not only is he a terrific running back, he is out there kicking ass on the baseball diamond as well.  Chad Jones, eat your heart out.  Dreadlocks of Doom 2: Electric Boogaloo.

Mahtook is not just LSU's best player, he is in the conversation for the nation's best player.  He gets on base, he hits for power, he steals bases, and he plays terrific defense.  There's nothing Mahtook cannot do.  He is the undisputed man.  I'd like to see Katz find some more power, but I'm not going to complain about a guy with an OBP around 400.  Watkins had an unfortunate injury last year which cut short his season, but he was an absolute terror on the basepaths when healthy.  He gets the chance to reprise his role as the leadoff hitter from hell.  The outfield is absolutely loaded, and might be the best trio in the country.  But it is really thin.  One injury, or even one long slump, and the team could be in big trouble.

Next up?  The pitchers. A real problem from last season.