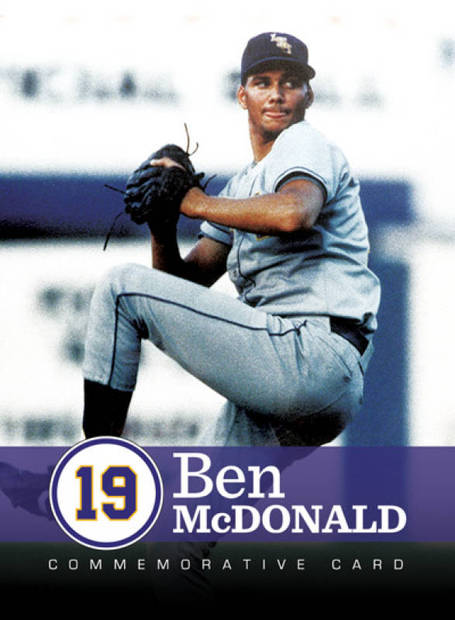 Yep, he's still out of eligibility

Let's not mince words, LSU's pitching sucked last season. The 5.58 ERA doesn't begin to tell the story of just how ineffective the starting pitching was, whether due to injuries or simple ineffectiveness. Mainieri floundered around searching for someone, anyone, who could take the mound. Nine different Tigers started at least one game, and seven started at least five games. It was a season in which the coaches just threw everything against the wall and waited to see what stuck.

LSU's two top pitchers, Ross and Ranaudo, are gone to the Majors. Matulis has transferred. Bourgeois and Rittiner have both undergone surgery and are out for the season. The other two pitchers who started five games, Reed and Bradshaw, have been demoted. So for a team coming off a disastrous pitching year, losing a ton of talent, the rotation is remarkably solid. 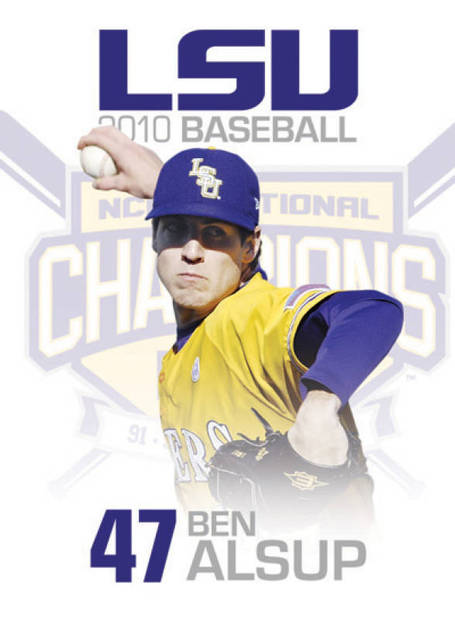 Ben Alsup is the team's ace.  He was one of the last options in the rotation last year, but he finally broke into a starting role in the last weeks of the year.  His 3.88 ERA is the best among returning players, which is fairly depressing, but he has a good chance to lower that number this season.  He'll be joined by two newcomers, Gausman and Jones.

Guasman is about as exciting as a prospect get.  He has hit 100 MPH on the gun, and is generally considered one of the top freshmen pitchers in the nation.  He very easily could have taken the MLB millions, but instead saved our class by simply showing up.  Jones doesn't have nearly the pedigree, but he was a JUCO All-American and pitched in the JUCO World Series.  He also is a power pitcher, giving LSU a pretty potent one-two punch.

I'm not sure what to say about Bradshaw.  He will be a midweek starter and might see the weekend if one of the newcomers underperforms.  Yes, his ERA was above five, but he has pretty good peripherals, with a K/BB ration around 2.5.  Bradshaw has also come up big in the postseason, so while it's unlikely he'll ever become a star, he can still be a valuable contributor to this team.  I think Mainieri would be thrilled if he could use Bradshaw as a relief ace, coming in for 2 to 3 innings as needed. 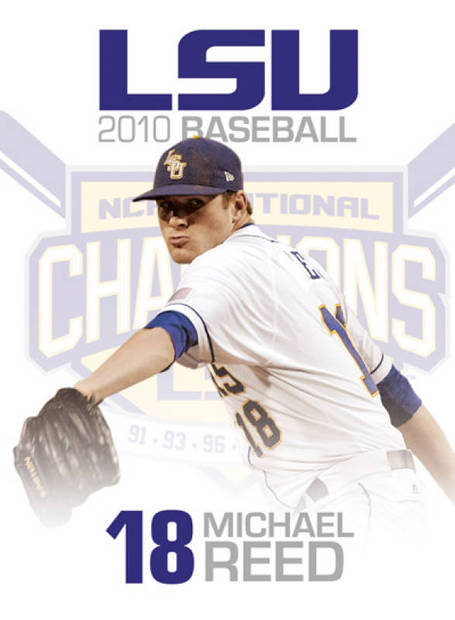 How bad was Michael Reed last season? While that's an ugly stat line, it gets even uglier when you remember he started five games, yet only pitched 20 innings.  He was just a tremendously ineffective pitcher, and now he's the only righty in the pen with any experience.  Rumbelow has been used heavily in the intrasquad scrimmages, and he seems like the most likely candidate to emerge as the righty specialist out of the pen. We're going to miss Bertucinni. 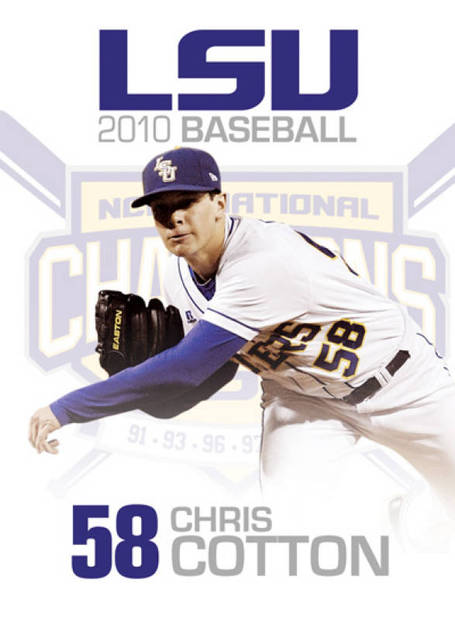 Last year, LSU simply didn't have any reliable lefties in the pen.  Now, it seems like there might be some viable options.  Cotton was decent in limited duty, and is not out of the picture to earn the occasional start.  Hopkins is yet another player from LSU-E, and brings at least some experience from working in the pen.  Garret may or may not pitch this year, as he is still recovering from Tommy John surgery.  However, his timetable should have him back by the meat of the SEC schedule. 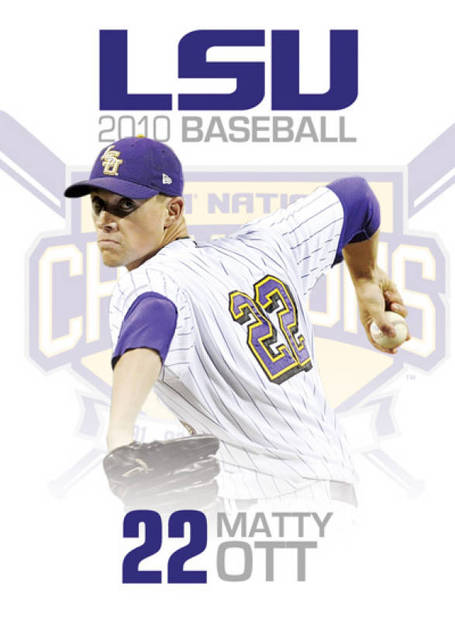 Nothing symbolized the difficulties of LSU's pitching staff last year more than Matty Ott's inexplicable season.  Seriously, what happened?  He went from completely unhittable to imminently hittable.  Barring injury, Ott is going to break the all-time school saves record.  Hopefully, he will resemble more of his freshman self when he does it.  If Ott can bounce back to even half of what he was, he'll be the best closer in the conference.

That's a lot of fresh meat.  It's also a lot of young players who are so untested, the LSU website lists them as both a pitcher and a position player.  These are the guys who can go either way, and we really have no idea how they will help the team.  And a guy like Ryan Eades is one of the top prospects in the country and hopefully can contribute right away as a pitcher.  Just because we don't know how these players will help does not mean they won't.

All in all, we could be looking at a pitching resurgence this season.  The pitching took an unexpected nosedive last year, and could just as quickly right itself.  There is plenty of talent here, it's just time to put it together.  Let's also not underrate the importance of a tremendous defense behind the staff.  Austin Nola and Mikie Mahtook up the middle can make just about anyone look good.