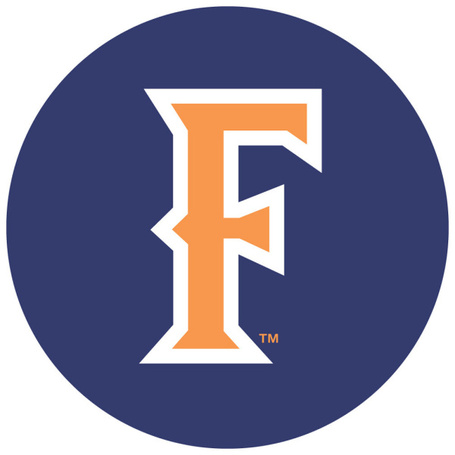 Special consideration must be paid for this MOST EPIC of epic non-conf series, so instead of my usuall half-assed translation of the opposition stat book, I've brought in an expert.

CSF lacks any fan blog presence that I could find, but a search of twitter led me to @FullrtnBballFan and David, a Fullerton local who's making the trip this weekend to our palace on the Mississippi.

PodKATT: The first thing LSU fans like to say about the big name West Coast teams is that they play "small ball" (i.e. favoring the bunt and base running over the long ball as an offensive weapon). At first glance, CSF's lack of any home runs this season and 15 stolen bases seem to support that. Is it a fair assumption?

David: Yes, that would be an accurate assessment. Fullerton lost quite a bit of fire power from last year's lineup to the draft with 1st round picks SS Christian Colon and CF Gary Brown and 7th round pick Corey Jones. Between losing those three players and the new BBCOR bats, there has been a noticeable difference in the extra base hit department between 2010 and this season.

P: Your staff has a fantastic ERA, almost all under .250. Your starters have a high K count and have given up just one home run. How crucial is it to your team's game plan to have solid pitching to depend on?

D: Fullerton's team is built around the success of the pitching staff, especially the starting pitching. The Titans have one of the deepest rotations in the country with Noe Ramirez, Tyler Pill and Colin O'Connell on the weekends and Jake Floethe starting the midweek games. Floethe is capable of starting for 90% of the other teams on the weekends (he was the Friday SP for Fresno State in 2009 before injuring his elbow in his sixth start). The staff is so deep that last year's Dylan Floro, last year's Big West Freshman Pitcher of the Year, is a swingman out of the bullpen and the first pitcher you will see in the 7th--8th innings. The Fullerton starters have a 1.59 ERA in eleven starts and the team wouldn't be able to play the little ball game if the starters were giving up runs and putting the team in a hole.

P: CSF has played much better competition than LSU this season. What did you learn about your team after taking 2 of 3 at TCU?

D: Fullerton learned that they had the mental toughness to go into a difficult environment on the road and come out of it successfully with a series win. TCU won the first game 4-1 behind a great pitching performance from Kyle Winkler and it looked like they were poised to take the series after winning the series the last two years at Fullerton. The Titans got an outstanding start from Tyler Pill on Saturday and, after struggling on offense in the first five games, scored five runs off of TCU's closer in the 9th inning. TCU took a one run lead into the 8th inning on Sunday but Fullerton scratched for a runs in the 8th and 9th to win 2-1 with Colin O'Connell allowing only one run in seven innings.

P: What can you tell us about National Player of the Week Anthony Trajano?

D: 2B was a question mark going into the season for Fullerton with three players trying to win that job - RS Soph Matt Orloff (the former UC Irvine SS's younger brother) and JC transfers Trajano and Blake Barber. Barber is the best hitter of the three, Orloff is the best defensive player and Trajano is a mix of both. Barber has been nicked up and Orloff got off to a slow start at the plate. Trajano got his shot and he has been outstanding. He's a little guy (5'8") who is scrappy and has really ignited the offense batting 2nd. There was a noticeable difference in run production one he was put in the lineup and he was a big reason why.

P: The big story this year in all of college baseball has been the new bats. How have they affected the Titans so far?

D: Fullerton knew that they wouldn't have as much power as last season so the coaches were already prepared to play even more little ball this year to scratch out runs. The hitters had to adjust to the bats in the first few games but they have hit much better after the opening weekend.

P: 2 out, bottom 9th, down one. What's Fullerton's ideal play and players?

D: If Fullerton is going to tie or win the game with one swing of the bat, the ideal player would be 1B Nick Ramirez. He is the one legitimate power threat in the lineup against anybody at any time in any ballpark. If Fullerton is looking for somebody to get a rally started or come up with a clutch hit to tie or win a game, it would definitely be Richy Pedroza. The LSU fans are in for a treat watching him play this weekend at the plate, on the bases and in the field. He is only 5'5" but you can't measure the heart and the baseball instincts that Pedroza has.

P: I think it's safe to say baseball rules the roost at CSF. What's the typical weekend game day atmosphere like?

D: There is a good atmosphere for baseball at Fullerton, especially when the weather warms up or there is a big name opponent on the weekend schedule, with lots of people tailgating in the parking lot in front of Goodwin Field. Fullerton is a commuter school so the environment is good under the circumstances and nothing like what you will find at an SEC school.

P: Something we ran into with UCLA last year, despite your team's history of excellence, you don't get a lot of coverage locally in the LA media. Are there just too many other big fish to get noticed in that pond?

D: There is a ton of competition for media coverage in the LA metro area with two MLB teams, two NBA teams, two NHL teams and two Pac 10 schools. There is zero TV or radio coverage of college baseball in the area, either for USC or UCLA (except for a very infrequent Pac 10 game on Fox Sports West) and none for the Big West or West Coast Conference schools. The Orange County Register provides some coverage of Fullerton baseball (primarily box scores and game write-ups from the school's website) but it is minimal with reporters usually going only to the Friday game unless it is a big series.

Mainieri is going with last weekend's line of McCune, Gausman, and Alsup for the starters. Ott will have his shot at the saves record as early as tonight and expect everyone to be available for this one, including midweek starter Tyler Jones.

Elsewhere this weekend, Up and coming Cal State Bakersfield is at SCar, #11 ASU is at #20 Auburn, Wichita State will try to knock the Greenies out of the rankings, UGA is at the Dodgertown Classic in LA, and the ACC begins conference play.

Weather: Just gorgeous, high of 72 for the weekend and just the usual breezes off the river.

I'll be taking this one in in person, so it's up to you, ATVS commenters, to keep this thread updated. I'll chime in from The Box from time to time, but I'll be unable to do my usual half-inning summaries. 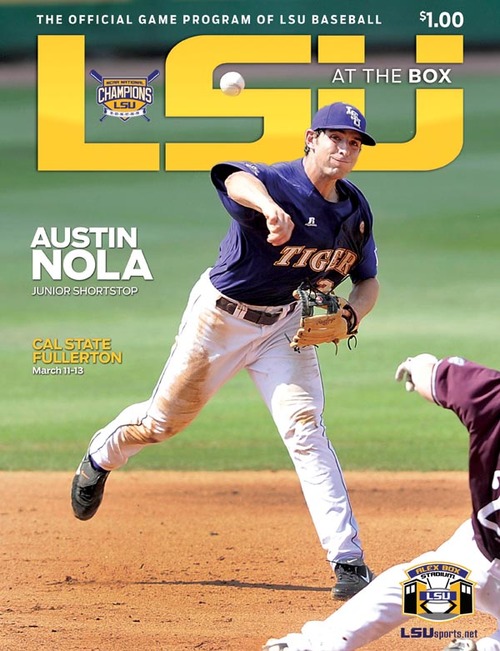 In Focus: Nola Among Nation's Best at Shortstop