Didn't think I'd have to break out the Ol' Delusional Optimism(tm) on the first SEC weekend, but here we are. Swept by the #1 team in the nation and yet with plenty to be hopeful about. Like the fact that we won't see the Gators again until Hoover...

Friday in front of yet another record crowd, Florida and LSU battled to a 2-2 game heading into the 8th. LSU jumped out ahead with a 2-run 1st, powered by the kind of "Get'em across at any cost" play we have seen all season. Florida had their hands full with Kurt McCune, getting just 5 hits and 2 runs through 5 1/3 before he was pulled for an excellent appearance by Ryan Eades. LSU got one more run in the bottom of the 8th and needed just 3 outs to start the weekend off right. Coach Mainieri gave the ball to Matty Ott and the nightmare we thought we had escaped came roaring back with a vengeance.

UF got 3 runs on 4 hits, with a single shot homer (Ott's first of the year) and a bases loaded RBI single to deep right. Ott was pulled with only 1 out for Peterson, who benefited from a UF baserunning mistake and only faced one batter before ending the inning. The TIgers had their work cut out for them in the bottom of the 9th, but quickly got 2 on in scoring position (including a near home run ball by Ty Ross) with no outs and the team's best hitter in JaCoby Jones at the plate. For reasons I still do not understand, Jones was told to bunt, but did badly and popped one up behind the plate that was caught. That was all the swing UF's great closer Anthony DeSclafani needed, as he struck out Watkins and Rhymes to end the game, 5-4.

Saturday was a textbook pitcher's duel and one for the ages at that. The national press is all over the shutout performance of UF's Hudson Randall, but with the exception of just the first 2 batters he faced (a walk and an RBI double that became the only run of the night) Kevin Gausman was the better pitcher, with more innings, less hits, and more Ks. He has more than lived up to his recruiting hype, and will hopefully be a main reason LSU wins SEC series this year. LSU threatened all night, but as happened all weekend, left 10 men on base and got smoked as UF's epic closer Nick Maronde struck out the side in the 9th for the 1-0 win.

With the series out of reach, LSU was just looking to save face on Sunday and gain back some respect. The Tigers jumped out to a quick 3-0 lead in the 3rd off of some UF fielding errors. Alsup got in trouble in the 3rd with the bases loaded, but was saved as UF's Daniel Pigott, their offensive leader who had a horrible weekend at the plate, hit into a double play (one of 7 on the weekend for LSU). Alsup immediately loaded them again in the 4th, but with no one ready had to stay out there and gave up 5 runs on 6 hits before getting Pigott to K again to end the inning. Alsup was pulled for Dykstra in the 5th, who was pulled for Peterson in the 6th after giving up a solo homer, followed by Broussard, Eades, Berry, Ott, and Cotton, all who pitched an inning or less. Berry gave up his first homer of the year on a single shot off his very first pitch, while Ott's appearance was shaky as he hit a batter and gave up a walk before being pulled. LSU again left 10 men on and would not score again in the 3-7 final.

All in all, not a horrible series, despite the sweep. LSU stayed competitive all weekend and had a shot at taking this series if we could just get some guys home. Eyeballing the team BAs is starting to show some guys who are slumping and I'm thinking it may be time for some lineup shuffling. 27 men LOB for the weekend, many in scoring position, is such a momentum killer and a serious problem to have in conference play. And it can't be understated how great UF's pitching was this weekend. They have a staff that looks Omaha-ready and I am very anxious to see what they do at home next weekend with S Car. 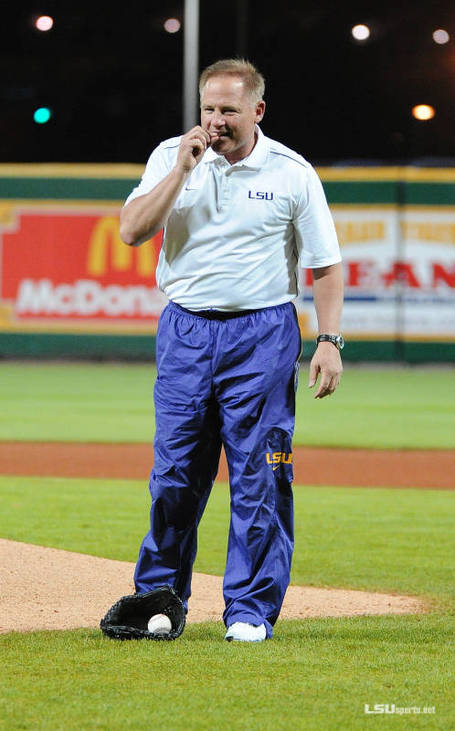 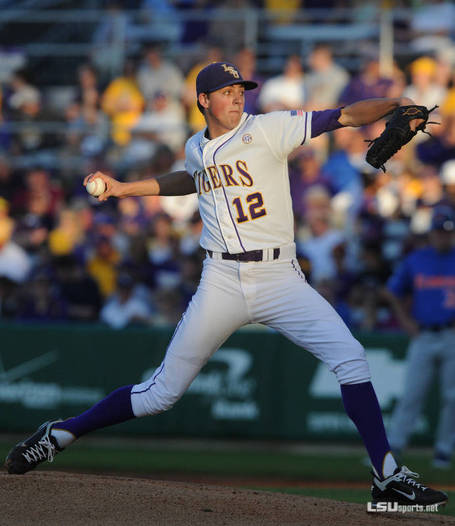 I dare say his performance on Saturday would be good for a win against anyone else in the conference. And it would have been with just the slightest bit of run support. 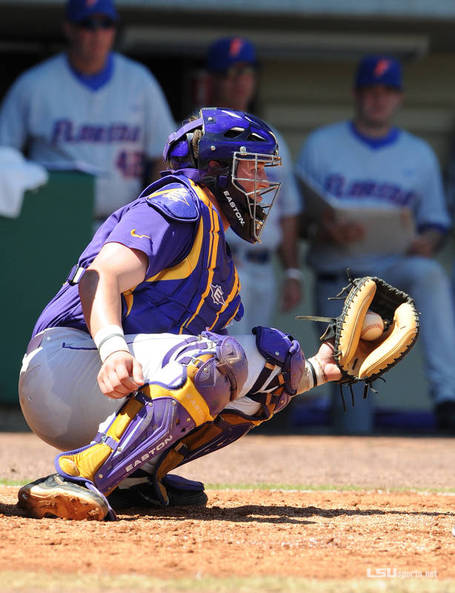 Ross really came into his own this week behind the plate and was inches from tying the game Friday night. He gets both nods this week due to a lack of candidates.

Weekend: @ UGA, 3GMS (Saturday Televised on CSS, might be on ESPN3.com as well)