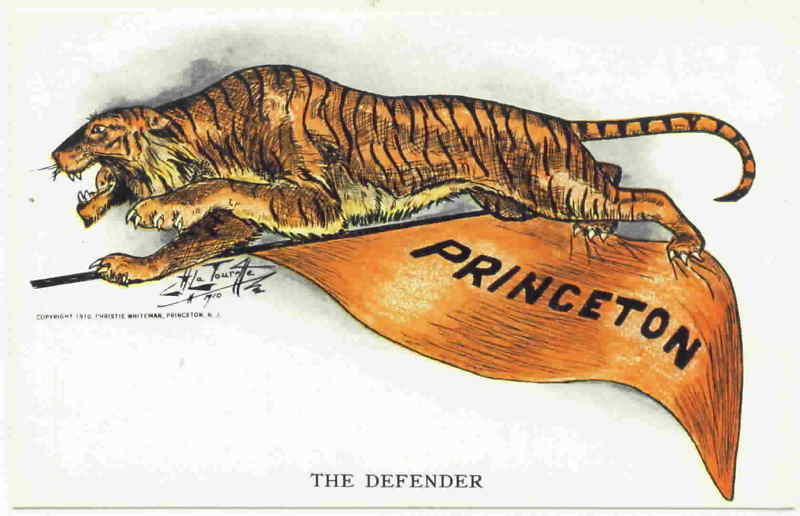 Another early season week with another team who hasn't seen the sun yet (well, they say they actually did practice outdoors a few times last week) as 9-0 LSU hosts 0-0 Princeton here in the second half of the non-conf schedule. Princeton (and Sacred Heart on Wednesday) mark the end of the easy stuff before a tough couple of weeks with CS-Fullerton and the SEC opener with Florida. It's the last good time to iron out some kinks (maybe settle on a starting catcher) and get Spencer Ware some plate time before he leaves for football.

Princeton, a far below .500 Ivy League team last year, is about what you'd expect. They were a good fielding team last season (.947 as a team) but the 81 errors feels high. Like LSU, they have a young pitching staff, with freshman and sophomores headlining the starting and relief roles. Threats at the plate include OF Jon Mishu who lead the team last year with a .304 BA and C Sam Mulroy who lead Princeton in Hits (48) HRs (8) and RBIs (31).

For LSU, Mainieri has shuffled the rotation again, giving McCune a shot at the bright lights of Friday night. Ott saw action on Tuesday and Wednesday this week, so he may be held off to Sunday, though I doubt he will have an opportunity to take the All-Time saves lead this weekend. No other lineup changes are expected.

Unfortunately for us (and everyone going to a parade this weekend) the weather is going to be very unstable until Saturday night as a front rolls in, with a sure chance of rain Saturday around the 2pm start time and maybe even some Friday night (a line of storms already moved through this afternoon). LSU may be on Mardi Gras break on Monday, but any double header potential will be dictated by Princeton's travel plans.

EDIT: And we have our first weather change. Saturday's start time has been moved to 7pm

No TV this weekend, and those who catch radio from the far corners of the state should be aware that a rain delayed start on Saturday may or may not be preempted on the affiliates by the Basketball game at 6pm.

Elsewhere this weekend, there are big mini-tourneys in Houston and San Diego featuring Top 25 teams, there is a bit of an ACC-SEC Challenge this weekend with 3 game sets between Miami @ UF, FSU @ UGA, and the 3 site series between Clemson and SCar, not to mention #11 Stanford @ #5 Texas .

And then there is this, which is just disgusting.

Your weekend program after the break, with a feature on The Chalmation Sensation, Matty Ott 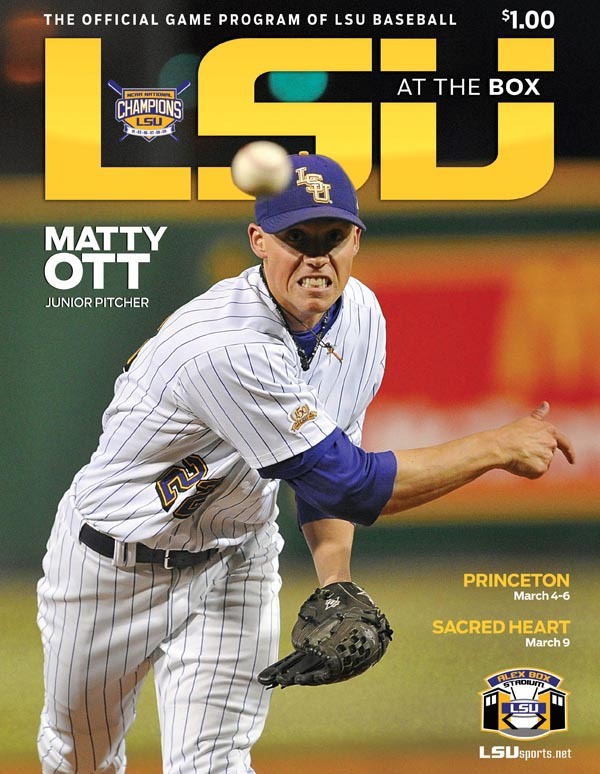 In Focus: Ott Seeks Excellence in the Closer Role