No, I don't know what he left for either

The news from yesterday's presser is nothing unexpected, but there are a few things to note as we are a mere week from the start of Spring Ball

The Ladies blasted Bama in the 1st round of the SEC tourney for a 60-36 win. They'll play #16 Kentucky this afternoon.

Close 1st half, blowout 2nd half, 20 point loss. The only good news is that we get Auburn at home on Saturday.

There is a great video from Klienpeter at The Time-Pic posted after the break of interviews with Collis Temple Jr and Dale Brown, and Collis Temple III about Temple Jr. breaking the color barrier at LSU.

NCAA Pres. and former LSU Chancellor Mark Emmerrt was in town to speak at a Rotary club dinner and made it known the NCAA would support a college football playoff.

Some schools have trouble getting their rosters down to the right size. And then there's Vandy.

After 8 years in the NFL, Josh Reed is back on campus to finish his degree.

Thibodaux, LA is the new center of the football recruiting world. New allegations about the recruitment of Lache Seastrunk have launched an NCAA investigation at Oregon. The agents involved in the matter also have ties to the other allegations involving the  Thibodaux area players who went to Auburn. (H/T to the fanpost by Xanathol for alerting me to this story) In good news from Thibodaux, here's a profile pice on LSU verbal LB Trey Granier

The CUSA (THE CUSA?!) is now entering a contract dispute about their new TV deal with FOX.

Baseball fans, steady yourselves before clicking past the break. As of yesterday, The Road To Omaha has officially left Rosenblatt. 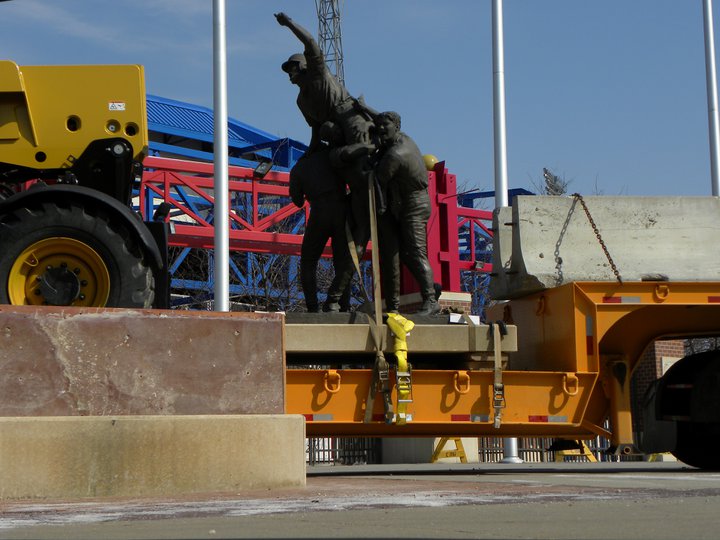 Man, it just got really dusty in here...