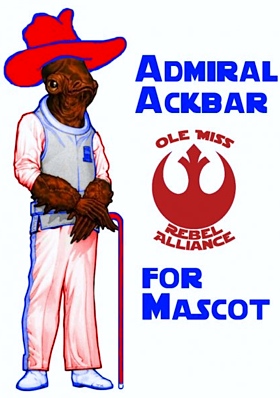 The ReBears (18-8, 3-3 SEC), are in their 11th season under The Traitor Coach Mike Bianco. They don't have that great of a non-conf schedule this year, the highlight of which was a homestand with Tulane in which they dropped 2 of 3 in low scoring affairs. Ole Miss does enjoy the 2nd best home crowd in college baseball, averaging just over 8K on the year.

A big strength for Ole Miss this year is endurance in starting pitching. Friday starter Matt Crouse (ERA 1.27 42.2 IP 35K 1HR) is coming off an complete game at Tenn. last weekend, his second of the year. Sunday's Austin Wright (ERA 3.06 35.1 IP 34K 1HR) pitched an 8-inning shutout of his own last week. Saturday's David Goforth is 0-4 on the year, but has a decent line. If fact, with the exception of little used R.J. Hively's 15.43 ERA, their staff is easily averaging in the low 2.00 range.

Last season's series at Ole Miss was a rain soaked affair that began our tremendous late April-May slump. As things already aren't going so well, hopefully we can exact a little revenge on the Fightin' Ackbars and avoid a crippling SEC start.

If that's not reason enough for this team to be motivated, there will be plenty of other things to get them going. The 1986 team (the 1st Omaha team) is having a reunion on Saturday, both Friday and Saturday have late evening starts which should bring a packed house, the weather is going to be fantastic, and there is even a flyover planed for Sunday.

TV is simple but brief this weekend. Saturday is on Cox Sports (Rollins, McDonald, Rantz) and that's it. GeauxZone says they'll have video streaming all weekend, but I'm not sure if that includes Saturday.

Arkansas-Bama stands out as a Top 25 matchup, but the rest of the SEC Slate is just the winning teams playing the losing teams. The rest of college baseball is in the heat of conference play, though there are a few Pac-10 and ACC matchups that look interesting.

Game program after the break, along with some great photos of the 1986 team in action. 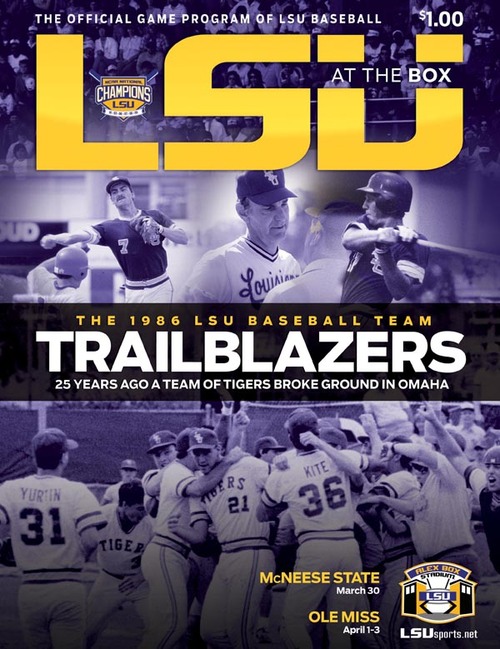 In Focus: '86 Tigers a Foundation for a Dynasty