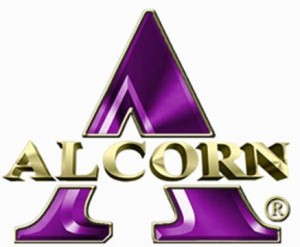 Well, last night was a disaster. No way to sugar coat that mess, other than to tip the cap to NSU's Mason Melotakis for a stunning relief performance where he K'd 10 of the 13 he faced in relief. Before he came in in the 6th, it was the same story as always, a lack of timely hitting as LSU stranded 5 before the late inning shutdown.

Alcorn St. is a tough team to get a read on. 12-19 overall with sweep losses to Bama, Memphis, and Wichita State, but 10-4 in the SWAC and leading their division. They have an extremely high 250 Ks as a team, with most of the starters in the high teens or worse. Sr OF Killby Perdomo is their offensive leader, hitting .371 with a .649 slugging percentage. They are fielding worse than we are, but their offensive numbers are not that far off from our own. The Advocate lists Sr. RHP Brett Blaum (1-3, 12.49 ERA, 11 SO/20 BB) as tonight's starter and their staff looks worse than ours with a lot of double digit ERAs and no one under 3.70 on the year.

LSU will be starting Forrest Garrett  because...well why the hell not? He's only faced 5 batters this season as he's slowly coming back from Tommy John surgery from last season. It will be significant but likely short work unless he shows some good stuff. I think Ware will stay in the lineup tonight because the only way he's going to get better is to play. Top of the order will likely be the same, throw a dart to find out who's at 1B tonight.

Yeah, I'm getting pretty frustrated following this team right now, as I know most of you are. Nothing Mainieri does seems to work and it doesn't seem like anybody on the bench is really challenging the starters for their job. The team is just stuck in the same rut it's been in for the last month and I'm not seeing anything that indicates we are going to get out of it. The rest of the month is only going to get tougher, and if we can't win now I'm not holding out a lot of hope for the rest.