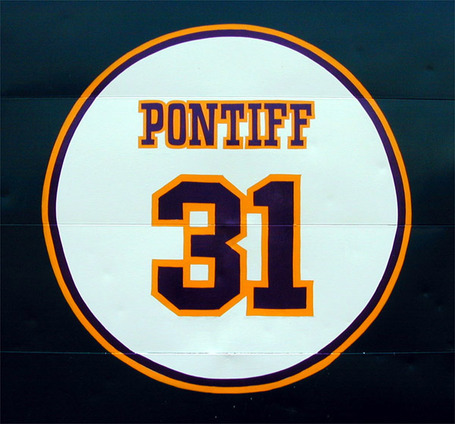 A great game that benefits charities throughout the state and honors the memory of a great Tiger, The Pontiff Classic again hosts a premier non-conference matchup as #20 Southern Miss comes to Zephyr Field at time when the Tigers are reeling after going 2-4 during one of the easier weeks of the schedule. Poseur has done a good job quantifying the problems which wont be helped with the loss of Mason Katz in RF. It's a good thing Raph Rhymes looked fine in his outfield start on Sunday as he'll immediately sub into right, with Ware in LF and Watkins at DH. Lineup order is TBD, and with all the subs we may see something drastic. On the mound, Fr RHP Ryan Eades get his 2nd start of the year with another short leash after pitching 3 good innings and one bad against Northwestern St. last week.

Southern Miss (27-8, 6-3 CUSA) comes in as a mid major on the rise with some SEC pelts on the wall already (@ Bama, 2 against Ole Miss). The rest of their non-conf is mostly Sun Belt teams, but it's probably a little more respectable as a whole than our own. The Eagles are hitting well at .307 as a team with most of the starters over .300 and they bunt nearly as much as we do (39 to our 44). SS B.A. Vollmuth leads the power numbers with .625 slugging percentage, 33 RBIs, and a CUSA-leading 10 HRs. Eagles pitcher Scarborough will be in his sixth start of the year and thier leading closer Collin Cargill (1.27 ERA, 28.1 IP, 20Ks, 5 saves)may be available after only pitching 1 inning Sunday as the Eagles swept UNO.

Cloudy and windy, but no chance of rain tonight at the Zeph, TV coverage syndicated through Jumbo Sports, so it's on Cox 4 in most of South Louisiana.