Additional photography by ATVS commenter and noted Maravich Maniac MattSmith9, who sacrificed his leg to a foul ball to get these pictures.

Kurt McCune wasn't as light's out as last week against UGA, but his six hit, 3 run performance in 7 IP on Friday was certainly close to what you would hope to see out of our weekend starters. LSU batters struggled with the Rebel's ace, but en route to an SEC Player of the Week performance Mikie Mahtook launched two solo home runs in consecutive lead-off at bats to make it a 3-3 tie in the 4th. LSU then broke it open with a 4 run sixth inning highlighted by a single into right by Mahtook that turned into a 2 RBI triple thanks to Ole Miss fielding errors and heads-up base running. McCune was replaced with Ryan Eades to start the 8th and he was rocked immediately for 2 runs on 3 hits that all went to the boundaries of the park. Eades recorded no outs and was quickly replaced by Kevin Berry who allowed only 1 run off of 1 hit before locking down the Rebel batters and recording his 2nd save of the year in the 7-6 victory.

Saturday, in front of a nice home crowd and with the '86 team watching (and spending an inordinate amount of time in the TV booth), LSU had a chance to get it's first SEC series win going up against Ole Miss's 0-4 Saturday starter. In short, it was a disaster. Kevin Gausman's struggles continued as he gave up 6 runs on 6 hits before being pulled in the 3rd. He was followed by Joe Broussard (1R on 3H) and Chris Cotton. Meanwhile, LSU bats were only able to get 2 runs on 7 hits, one of them a lead-off solo shot by Grant Dozar.

Cotton pitched 2 blank innings but was pulled in the 7 for Jimmy Dykstra. In 9 appearances this season, Cotton had only  pitched 8 2/3 innings, so Coach Mainieri was probably wary of letting him stay out there long. What followed was yet another nightmare inning for LSU middle relief as Dykstra gave up 6 runs on 5 hits with only 1 out, followed by Samuel Peterson giving up 3 runs on 3 hits and 0 outs. Daniel Bradshaw was able to put out the fire on consecutive batters, but the damage was done and any hope LSU had of coming back on a 5 run lead vanished when it became a 14 run lead. Tyler Jones threw the 9th and looked alright, but you have to wonder about Ole Miss's effort at that point in the 16-3 blasting.

On Sunday LSU needed to get a win or risk falling dangerously behind in the SEC West race, not to mention the threat of losing it's first 3 SEC series. The Tigers took advantage of early Rebel mistakes for a 3 run, 1 hit 1st on 2 Ole Miss errors. As the Tigers continued to steadily build to a 8-2 win, highlighted by Alex Edward's 1st dinger of the year, Ben Alsup did very well on the mound, going 8 innings and giving up 8 hits but only 2 runs, forcing Ole Miss to strand 10 on base. With a comfy lead, Ott came in for the 9th and while he didn't look fantastic (he beaned the 2nd batter he faced) he got the job done and gave up no hits.

After 4 series against serious competition, the problems are obvious. While we were worried about the Freshman starters, the relief is the real weakness. Those returning from last season aren't as improved as you would hope and the new guys still have to catch up to the college game. For the most part, it can be worked around, but when the starters have a bad day as Gausman has the last 2 weekends, it comes into sharp focus and we see pitcher after pitcher try and fail to stop the bleeding. It's a problem that should get better with time, but we've likely got a few more lopsided games to come. 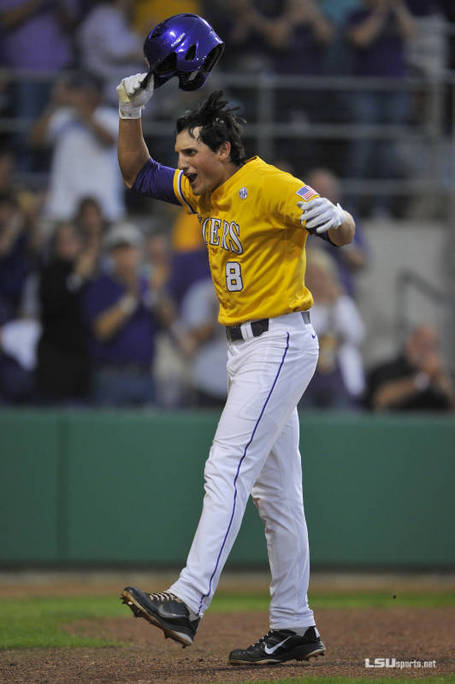 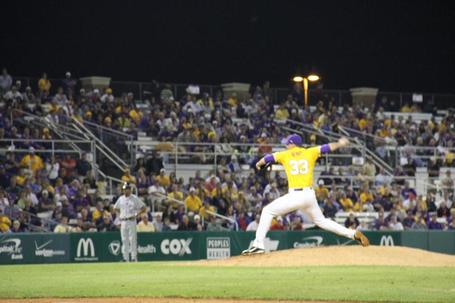 Held off the Rebs for an impressive save and is our best option as a closer right now. We all hope for Matty Ott to get his game back, but Berry will do just fine until then.