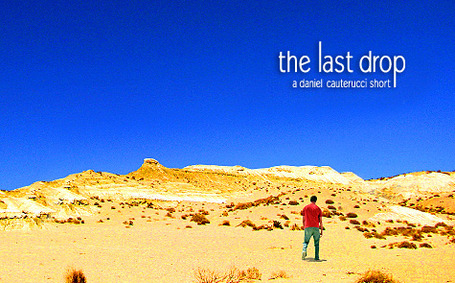 And our four-month journey through the the truly football-less offseason begins...

Spring football is one of the ultimate catch-22's in all of college football coverage. It's practice. There's no real opponent, so how good/bad does anybody ever really look? Poseur likes to call it Fool's Gold, and he's not totally wrong.

But that doesn't mean it holds no analytical value either. It can give you something of a base-line. Extremes matter. If something looks great, or extremely bad, that gives you something of an idea of where that position stands. If your passing game looks totally inept, chances are that means it needs a lot of work (we saw this come to pass last year, obviously). Mostly, it's about little things, like team conditioning, attitude and discipline, as well as getting a look at some of the young players who were backups or redshirts the previous season. And obviously the chief concern at all times is to avoid injury.

In LSU's case, we saw both ends of the spectrum in last year's spring game. The excellent running game that was displayed held up, as well as some minor schematic tweaks. But, unfortunately, so did the visible regression in the passing game. So what will we be watching for this Saturday? We decided to have a little sit-down and discuss, talking about the offense first. Defense will come later in the week.

Billy: The offense is as good a place to start as any -- after all, it's the side of the ball we'll all be the most focused on. Particularly the quarterbacks and playcalling.

What will you be watching for in these areas, specifically?

(Ed. Note: Consider your federal mandate that Allen Iverson's classic press conference get mentioned in all discussions of practice fulfilled.)

Nope, Allen. Not even practice. I'm Mr. Rain On the Parade, but this isn't even a practice, this is an exhibition for the fans. And that's very cool, and it's a good excuse to pile into Tiger Stadium in the spring and watch the Tigers, but let's not pretend this is a meaningful exercise. This is the methadone drip to us fans addicted to football like heroin.

The real work is done behind closed doors, for all of the obvious reasons. Last year's spring game showcased a sputtering offense that couldn't get out of its own way, which may have foretold LSU's regular season offensive woes, if we ignore the first game. So maybe it didn't foretell anything except what we wanted to see.

Really, the only thing I want to see, aside from no injuries, is a confident looking quarterback. Most of our QB woes have not stemmed from physical shortcomings, but from mental ones. I've said it a few times, but Jarrett Lee just looks like he needs a hug. I want Jefferson to look like Jefferswag. I want him to look like he's in command of the offense. I want him to make good decisions in the pocket.

Other than that? This is just a chance to watch a little bit of Tiger football in the spring. And that's not a bad thing. But let's not fool ourselves into thinking we are seeing the hidden secrets out there. It's an exhibition for the benefit of the fans. The team is not likely to work on anything too important or tip their hand for the regular season too much.

Billy: I don't totally disagree. You never really know what will and won't carry over, and you won't see much change unless your team is implementing a radical change, like a complete change in scheme or something. It's more about the little things like energy, rhythm, attitude and whether or not your team looks like they actually care -- and even those can evaporate in the summer sometimes.

Paul: I think the majority of people will be watching for two things:
1) What does the Kragthorpe offense look like, and
2) Is there any improvement in the QB play.

I believe we'll be able to see at least some signs of what Kragthorpe has been working on. He's said he'll keep the same terminology, and it appears (for this season, at least) we'll be running some derivation of what Gary Crowton ran during his tenure. However, there should be some nuances, hopefully a more stripped back, straight ahead attack. Will there be more down field passing, as player's have suggested throughout the Spring? Will there be a more cohesive, methodical approach rather than the seeming grab bag Crowton preferred?

As for the QB play, I can't say anyone should read too much into the spring game. If Jefferson goes 12/12 for 200 yards and 6 TDs, we shouldn't launch his Heisman campaign, and if he goes 3/12 for 30 yards and no TDs we shouldn't automatically assume no progress has been made. I'll be watching to see if his mechanics look smoother and more compact. Let's see if he seems to have a firmer grasp on the offense (which he really seemed to as the season rounded out last year). Is he decisive with the ball? Can he be more consistent with his throws?

Billy: Rhythm. I think that's the biggest thing. Does Jefferson's drop-back and release look less awkward and deliberate? Does Lee's look less rushed and helter-skelter? Does Mettenberger look like he understands what he's seeing? From the quarterbacks, it would be nice to just see a basic drop-stop-step-throw on a five-step drop. A play that looks like it was executed confidently and on-time. I doubt Kragthorpe will produce miracles with Jefferson and Lee's mechanics, but some improvement in the footwork (since he's spoken about emphasizing that a few times) might be visible.

That goes for the playcalling as well -- I'd like to be able to watch and feel like I know what LSU is trying to accomplish. Not feel like the playcalling is just trying to find something that works. In terms of differences, I don't expect to see a lot because, well it's the spring game and no team is ever out to show a lot. Maybe a wildcat play here or there, or maybe some basic passing concepts, but I doubt anybody comes away from this game feeling like they saw something radically different. I do know that Kragthorpe's done some different things with tight ends in the past, and that could be interesting to watch, given that the tight ends involved all have different skill sets.

How about the running game? I'm kind of geeked up to see Jakhari Gore for the first time.

Paul: Gore should be interesting. When he signed I tried to tell as many people that I could that he wasn't just a scat back. He is small, but he's well put together, and he runs it inside. Will he ever be an every down back? I'm not sure. Depends on how much bulk he has. He doesn't have elite speed, but he does have good burst and surprising power. It's no shock that he's really come on strong. This guy DOMINATED the highest classification of football in the Miami area of Florida. He can obviously play right with the best. I'm with you on being excited to see him in action for the first time.

Billy: I think he may get some kick-return action as well. If all the rumors about Ware working at quarterback in some sets (and you can see him taking a snap and throwing a pass in at least one of the Geaux Zone videos), that would be very interesting. Especially if it's a legit "wildcat" set, with the unbalanced line and the jet-sweep action. There's also Ford, of course. Is he still getting outside work exclusively? Sweeps, tosses, option pitches, etc... Because you'd assume he'd have to share those types of plays with Gore. J.C. Copeland at fullback will be something to watch too. Does he look like he has a better handle at the position or will James Stampley still be heavily involved as well?

At wide receiver, first and foremost I want to see Rueben Randle play like the bonafied, All-SEC No. 1 we all know he can be. But then there's also Russell Shepard's role, and who steps up as the true No. 2 guy.

Paul: Otherwise, there's not really any position battles to check out on offense. Ware seems to have emerged as the lead running back, but what role will Michael Ford play? Ford had a huge spring game last year, but outside of a few moments, didn't really play a major role in the offense during the season. Russell Shepard will now be playing on the outside, and from the people I've talked to, the emphasis is entirely on developing him as a receiver, and we'll not likely see him in the backfield much, if at all, this season. How does he transition? There will be a battle for the third wideout spot, and though James Wright had an impressive scrimmage, I don't expect Kadron Boone to just fade away.

Finally, how well is Chris Faulk adapting to now being the starting left tackle? It's an important spot, and he showed flashes of being a dominant run blocker in 2010, but will need to elevate his game in '11. The rest of the spots are pretty much sewn up at this point, with the obvious hope that players continue to develop and improve per the natural career arc.

Billy: I feel like the line of scrimmage is always difficult to gauge, because of the old practice catch-22 of never knowing if the offense or defense is looking good at the others expense. So anything in particular you'll be watching for up front?

Paul: Pretty hard to draw anything from the line of scrimmage. Do the full units even play together? Seems like I remember last year the starters were split up between the two squads, with maybe T-Bob playing on both. I will be watching Chris Faulk to see how he's doing, and of course, checking out some of the younger guys to see what type of push they make to be contributors. Hopefully we'll get to see Chris Davenport go live for a bit to see if he looks more comfortable and prepared to play on the offensive line than he ever did the defensive line.

Billy: There's so many injuries along both lines that there won't be much to tell, but I will be watching how Faulk is doing at left tackle. I really hope he gets matched up on Barkevious Mingo a few times on third down, because if he can get out of his stance and stop Our Steampunk Emperor from smoking him to the corner, that would be a good sign. Mingo's easily the fastest end Faulk will face this season.

Otherwise, things like discipline and enthusiasm will be key to watch. Can the tackles avoid jumping the snap count? Does the group move as one on the zone and combo-block plays? Things like that.