A Brief Word on Gus Johnson...

Share All sharing options for: A Brief Word on Gus Johnson...

As some of you may or may not know, the interwebz favorite sports play-by-play man, Gus Johnson, finds himself newly unemployed after he and CBS were unable to come to terms on a new deal. It's cool, CBS can probably use that money for CSI: Cleveland. I don't think Noah Wyle or Eriq La Salle have been doing much since ER went off the air anyway.

That being said, on behalf of the ATVS Family and myself, we would like to offer a simple plea to the SEC's wonderful corporate sponsor, ESPN.

As Spencer Hall pointed out yesterday, this man was born to call SEC football games. Especially ones involving Les Miles. Spencer also correctly pointed out that by and large, the World Wide Leader really does do an excellent job of presenting the college football product (what, would you prefer they just turned Pam Ward loose to roam the streets freely?). That being said, intelligent people can still find themselves missing an obvious connection, and with that in mind I would like to present a very simple equation to the folks in Bristol: 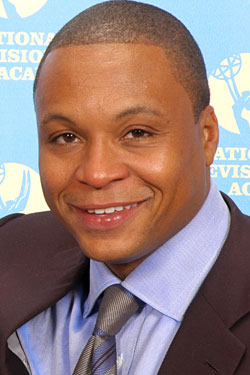