DISCLAIMER: In the past, EA has sponsored content on this site, including discussion of it's NCAA football game, but that is not the case currently. 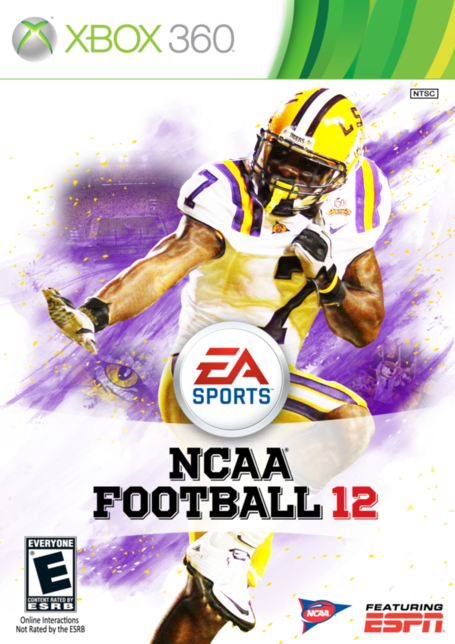 As the release of NCAA Football 12 approaches, EA tends to leak out details in a trickle to keep folks interested all the way to the final days and this year has been no exception. Recently, their online Teambuilder site, which takes a lot of the pain out of making a custom team, (like my annual creation, the K&B Creoles) went live and perhaps inadvertently revealed the entire built-in rosters for the game. As always, to comply with NCAA rules, none of the players have names, just numbers on the back of their jerseys. However, EA does try to make the teams realistic and usually gets pretty close on the simulated rosters. I've taken the basic identifying stats and overall ranking for each player and tried to match it to the current available LSU roster.

LSU is loaded with highly talented players as always, with only four players ranked below 70 on it's 100 point scale. There aren't very many superstars in their opinion, however, with only 4 players ranking 90 or above (and the highest ranked player on the team may surprise you).

QB - Here's your big controversy right off the bat. His stats may be incorrect, but make no mistake, EA is clearly saying Mettenberger is the better QB. It remains to be seen who they have set as the default starter.

HB - Alfred Blue's number is wrong (currently listed as 4); Terrence Magee is currently without an official number, and the #20 EA gives him obviously won't be what he wears on the field.

WR - The guesses at this position all involve the freshmen, RS and otherwise (Jakhari Gore, Odell Beckham Jr., and Jarvis Landry). Gore's #3 has been given to a punter so I've had him take Long Snapper Alex Russian's #85 with close statistics. Beckham slots into the #80 (currently used by RS FR DB Jeffrey Lang) and Landry get #81 from another WR, FR RS Armand Williams who doesn't appear to have a match on EA's roster.

TE - Nothing wrong here, all the players you would expect to see make the field this year are listed correctly.

OL - It is here we find the EA Best Player on The Team in T-Bob Hebert with an overall rank of 92/100. Whether he starts at C or RG may be one of the more interesting battles of Summer Ball with Will Blackwell expected to be back at 100%. I think Matt Branch is on the wrong side of the line, but the listed stats are a match. The positions of #71, #61, and #67 are difficult to guess as there are no direct matches with the freshman on the roster. I've placed my best guesses in those spots.

DL - Quentin Thomas picks up a currently unassigned #92, and Justin Maclin is on the wrong side. I've put TEAM EGO as the best match at #96 (he's listed as wearing #9, but I believe EA shares Hawthorne's problems with duplicate numbers and doesn't allow them) Note that FR Anthony "Freak" Johnson is not on the roster.

LB - This is a tough one for EA to do because they stick with a standard right-middle-left LB positions while many teams have multiple variations that give positions different names and often move personnel to different sides for coverage of specific targets. With this in mind, I basically ignored EA's directional listings and just tried to find the best match for all of the LBs. Only Trevon Randle, Nick Rice, and Seth Fruge don't make EA's roster.

CB and S - Same caveat as with the LBs but now with the nickel and dime positions. Tyrann has since picked up Peterson's #7. Tharold Simon is wearing 24 this year. Everyone is a close match with the exception of #30 and #34, which are not currently assigned to any DBs (#30 is P/K Drew Alleman). Again, I've made my best guess.

P and K - EA's not really close on these. They've got Drew's number wrong and nothing right for Wing.

And that's all for EA's roster. Just 68 spots, with no room for Long Snappers (sadly, we may never seen the Kinchen brothers in a video game) and not a lot of spare room for depth, with guys like JC Copeland, Cameron Fordham, Sam Montgomery, and Rockey Duplessis left off.