Share All sharing options for: Previewing LSU - Oregon Pt. 1: Great Restaurants, the Oregon Offense, and the Genius of Simplicity

As y'all know, I've been on a bit of a culinary kick this summer, so bear with me...

Two of my favorite restaurants in New Orleans (the whole world really), are Mandina's and Galatoire's. If you've never been, I highly recommend them to anybody visiting the Crescent City. I love them both for a lot of reasons... 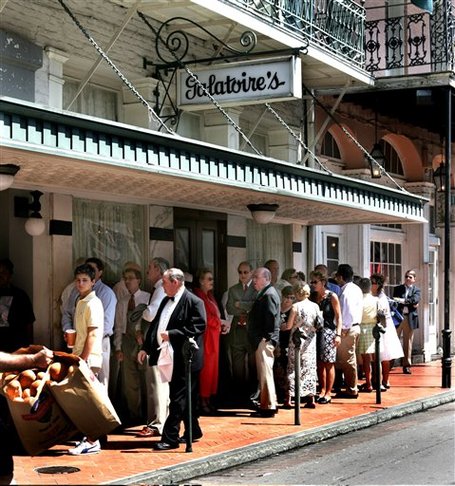 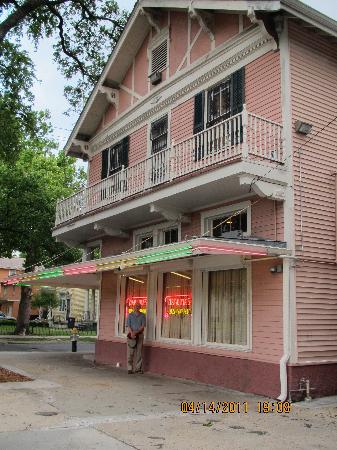 Mandina's is near the Mid-City neighborhood my father grew up in. It's the place dad "learned to drink beer" at with his father, the site of many a pre- or post-New Orleans Saints game dinner, and just across Canal Street from Schoen's Funeral Home, the site of both of my fraternal grandparents' funerals. Christmas Eve dinner at Galatoire's with my family  and some of our closest friends has been a tradition for 10 years now, and the scene of many a joyous (and raucous) toast. Both places have been and will always remain dear to my heart (I imagine they'll play a role in clogging it one day).

But as with every New Orleans restaurant, the food comes first. And both Galatoire's and Mandina's exist as a monument to simplicity. Both places know what they do well, and they stick to it. Nothing exotic. A perfectly grilled steak topped with some lump crabmeat and a bearnaise sauce. Succulent fried oysters, a soft-shelled crab, fried and topped with a meuniere sauce, or maybe just a perfect veal parmesan. You can have these dishes anywhere in the city, but if you ask me, nobody does them better. And I've never left either place without an extremely happy stomach.

I told you that story to tell you this story. What do they have in common with the Oregon Ducks? Simplicity. A lot of ink has been spilled about Oregon and Chip Kelly's outstanding offense. The Ducks have averaged at least 38 points or more per game, and more than 400 yards of total offense per game in each season since Kelly arrived in 2007. 47 and 530 last season, tops in the nation. And it's all been done by sticking with what they know. This should be made abundantly clear, because I see it said often and it's laughably wrong. Oregon's offense is not a gimmick. It's a fundamentally sound attack based on simple concepts we've all seen before that are well-taught and well-executed. Period. End of discussion. If you hear somebody call this offense a gimmick, you hereby have my permission to roll up a newspaper and smack them in the face repeatedly while yelling "NO! NO! NO! BAD! BAD!" Yes, just like you would to a schnauzer that just dropped a fresh fudgy on your floor.*

The inside zone. The outside zone (a.k.a. the stretch). The zone read and option. Screens and play-action passes. You've seen all of these plays run hundreds of times by hundreds of teams. It's nothing really unconventional, nothing you haven't seen before. But as Spencer Hall so eloquently wrote several months ago, the key is in the execution -- both the method and quality of it.

Take a five-wide set, motion of them into the backfield and run a basic stretch. Maybe the presentation is a little different, but the basics of both running and defending the play remain the same. Or perhaps an option play will include a read for the quarterback to throw a quick bubble screen on the play side in addition to the basic keep or pitch. That simplicity allows the Ducks to focus on the other part of what makes this attack so great -- the Ducks' blistering pace. An average of one play every 23.2 seconds with a peak of one every 15 seconds last year. It should be obvious how those core concepts allow you to practice and play so fast. When you only have a handful of them, it becomes dramatically easier to focus on not only repeat them as often as possible in a practice session, and with precision. Just as Mandina's can give you the best turtle soup in New Orleans because it is such an integral part of their menu that they've been perfecting it for decades, the Ducks can break into those essential plays in less than half a minute because they have drilled it down to second nature. What's gimmicky about that?

Oregon will run one of these plays, wait for the defense to cheat one way or the other to defend it, and then counter that. Over, and over, and over again. Hell, it's this sort of simple idea that's been missing from LSU's offense ever since Gary Crowton came to town. Defense collapsing on the inside zone? Have the quarterback pull the ball out of the exchange and either keep it around the end, or toss a quick hitch or bubble screen to a receiver. Linebackers stalling the zone-read with a well-timed scrape exchange? Switch the unblocked read from the play-side defensive end to a midline read of a defensive tackle, and suddenly the play shifts to the middle of the defense instead of the edge.

And just as this offense is built upon the genius of simplicity, the keys to defending it are built on the basic fundamentals we've all seen before. The defensive line must win the line of scrimmage, and linebackers and defensive backs must make the correct reads and swarm to the football quickly.

Over the next few weeks, we'll take a look at those fundamentals and basics, and just how LSU might go about defending the Ducks at all levels - defensive line, linebacker and in the secondary.

*Note: The author and the And the Valley Shook staff will not be responsible for the actions that follow hitting said person in said face with said rolled-up newspaper.