Highlights: Offense will find a way to keep using OBD now that Shepard is back. Plans to use Shepard in the return game. OL Chris Faulk and P Brad Wing could both be back for this game.  FR Walk-on Harriston is competing for time on Kickoffs this week. Says there isn't an "all points call out" for kickers, but would welcome anyone who wants to try out (the Mo Isom question) When asked about serving beer in Tiger Stadium: "I fear the upper decks might not hold it." Lots of questions about walk on's and Les got off on a tangent about dates and "shagging balls" that got really weird for a minute.

Depth Chart for the week after the break, but it hasn't been updated from last week (notice the lack of Russell Shepard) 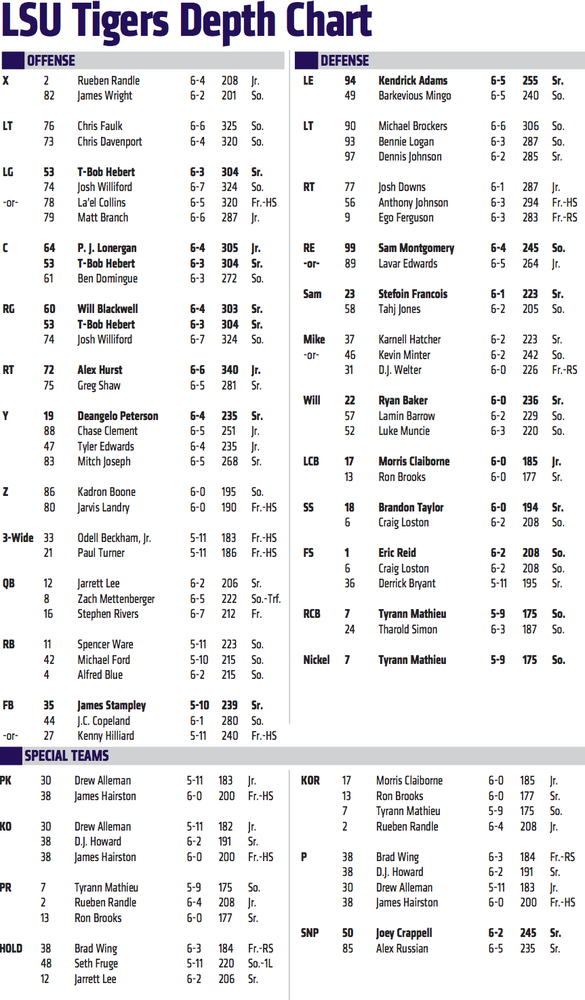