Thoughts and Observations: LSU vs. Oregon

Share All sharing options for: Thoughts and Observations: LSU vs. Oregon

I'll keep this kind of short and bullet-point-y, as I've been on the go pretty steadily since gametime.

To say this was a great and impressive win would be almost clichéd at this point, but then, so is saying "it all starts up front" and I've been saying that about this game for a solid month. And why? Well you saw that on Saturday night. LSU won this game at the line of scrimmage with some great offensive and defensive line play. Turnovers were obviously a huge factor, but the game was swung on LSU's defense stopping Oregon when it had to, and the offensive line creating running lanes (with very little pass threat to account for) when it had to.

On to the observations:

Below the jump are a couple of pictures chronicling the trip. 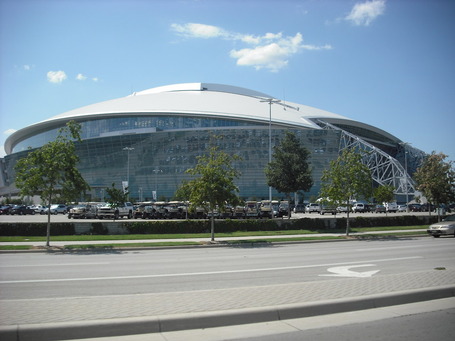 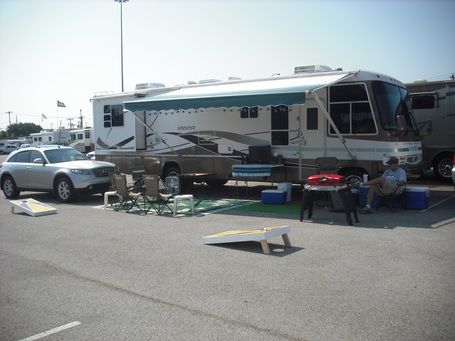 Our tailgating setup -- we of course had a fantastic time. Weren't in the middle of all the hardcore RV action, but we still had a lot of friend stumble by. 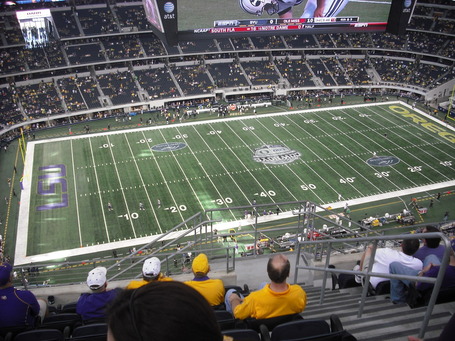 Our view of the field. 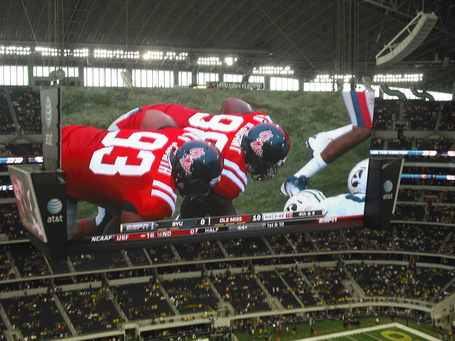 Hey look! Ole Miss is getting humiliated on a 100-foot tall screen! 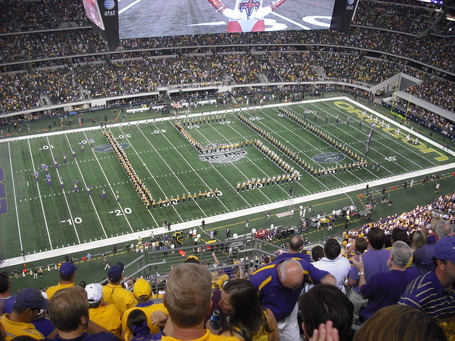 I swear every time they showed close-ups of the band, you could see the band-members' eyes dance back and forth between their music and the screen to watch themselves. 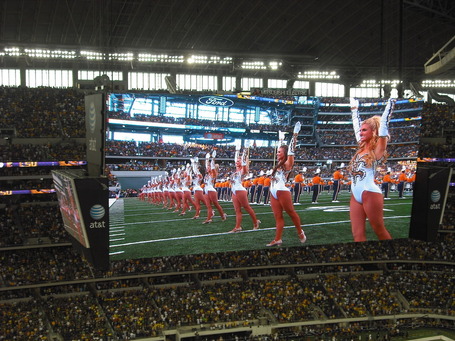