A year older and a year wiser; can the guards for the LSU Tigers step up and lead the team back to the NCAA tournament for the first time in four season?

With only a week until the start of midnight madness and only five weeks until the start of the college basketball season, I figured it was finally time to get everyone updated on what is going on with the LSU men's basketball team. I know Louisiana is probably the last place you'd want to scream it out loudly and proudly, but I think I've found the perfect way to describe the offseason in only three words.

I really can't think of a better way to sum up the last six months. There's an entirely new coaching staff, led by former North Texas coach and LSU graduate Johnny Jones, as well as five new players from both near and far, and three of those new players happen to be featured in this introductory article about the LSU team. Let's start off by introducing the newbies. 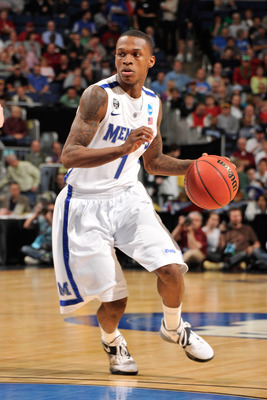 First up is a New Orleans native and a graduate transfer from the Memphis Tigers(as well as a former New Orleans Privateer), Charles Carmouche. He's a 6'3" guard that should challenge for a starting spot on the team from day 1 due to his experience and ability to score from anywhere on the floor. It still remains to be seen how Johnny Jones will align his team and if he will go with a non-traditional three guard line up. If Carmouche is good enough, he could take Andre Stringer's spot in the starting line up.

Statistically and athletically, he is a very balanced player. He is able to do a lot of things offensively to put points on the board. Carmouche is definitely not a pass first guard, and will likely be relied upon to score. However, he has shown the capability to get into the lane and dish it to open forwards for easy buckets. He's a solid, set shooter, so unlike what we are used to, he will be a lot more careful about taking bad shots. The numbers support this, as he has never taken a hundred 3's in a season.

Overall, it seems like he's a huge "get" for the team, and he is, but still it remains to be seen if he is healthy. The reason that he has eligibility for a fifth year is due to a redshirt he received due to what was described as chronic knee pain. Perhaps almost a year of rest was enough to allow Carmouche to continue his basketball career, but I think we may see an effort by Johnny Jones to limit his time on the court so that he doesn't get burned out. 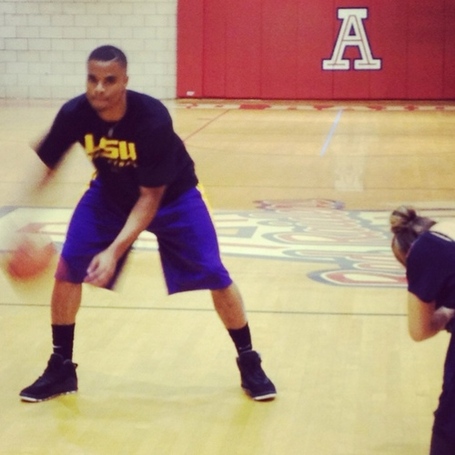 Next up is the point guard of the future, Corban Collins. Collins is another good sized guard at 6'3" hailing from High Point, North Carolina. His size could aid LSU greatly in SEC play when the athletes on other teams are at or near the same size. Although he was able to put up quite a few points in high school on a very good team, his strengths make it clear that he will be trained as a point guard. Coming onto a team that is likely to play a "run and gun" style will be a blessing and a curse, at first, for Collins. He will make mistakes as almost all young point guards do, but he also has the skills to make some of the passes that LSU guards of years past couldn't make.

I think most agree that it will take time for Collins to really produce for the team, both because of Anthony Hickey taking a lot of playing time at the point guard spot, and because it may take time for him to bulk up to the college level like most freshmen. I think it would be unfair to label him as a project, because he will likely see playing time this year. However, it probably won't be much, if any, against the good SEC teams. 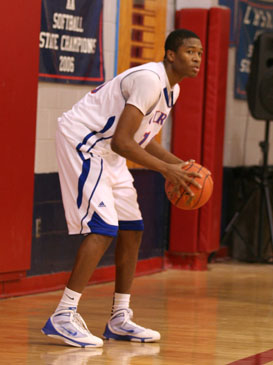 Last up for the incoming guards is River Ridge product Malik Morgan. Morgan is a 6'4" guard that is the hardest to figure out. To be honest, information on Morgan is scarce, and it's rare that a player given four stars by rivals would have so little information available. What we do know is that he can score in bunches if he likes, as evident by his 50+ point barrage against Riverside. What we don't know is how he can score the basketball since there aren't any AAU or high school videos available of Morgan.

This is one player that we will have to wait and see on, though I think I can say with some confidence that he will likely be playing as a shooting guard. I'm certainly interested to see if he was brought in to be a shooter or a defensive stopper. 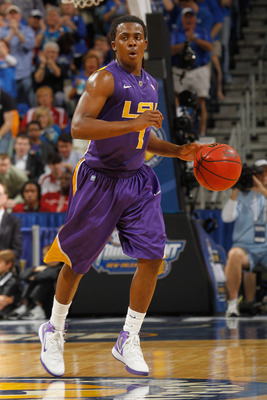 First up for the returning guards is, without question, the most important player on the team, Anthony Hickey Jr. Hickey is our sophomore point guard that, in my damn strong opinion, holds the future of LSU basketball in his hands. He's the most complete player LSU has had since Big Baby Davis, though he may not have the intangibles to leave early for the NBA draft. He's a smaller guard at only 5'11", but he uses all of it to create havoc on the court.

A good portion of the college basketball world already knows what he is capable of, and they know that because of only a single game that happened in New Orleans against Kentucky. The national champions were bigger, stronger, and more talented than any team that LSU played all season. But I cannot say that they were quicker. Anthony Hickey was the quickest player in the game.

Future NBA draft pick Marquis Teague wasn't the best player on the UK team, but by the end of the year he was certainly playing near his potential as a five star player. Until he went against Hickey. To make a long story short, Teague was held to zero points and had 5 turnovers, while Hickey stole the show. Hickey played the full 40 minutes, finishing with 10 points, 5 steals, 4 assists, and 3 rebounds. Stat lines like that were numerous over the course of the season, and with a year of experience and practice, stats like that should be the norm for Hickey. 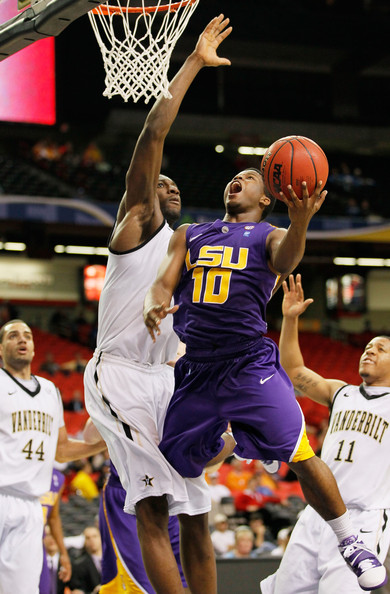 The fifth and final guard for LSU is 5'9" shooting guard Andre Stringer from Jackson, Land Mass Mississippi. It's really difficult to get a feel for how Stringer will play this season. Last year, we saw both good and bad from the quick-triggered guard. At times he can be aggressive and get opposing forwards into foul trouble. Other times he will chuck up an ill-advised 3 pointer that barely draws iron. Early in the season, he was actually playing at a high level and his shooting percentages were well over 40%. An illness/injury sidetracked him from some games in the non-conference, and from that point onward it seemed like he was out of shape and had lost the touch he had early in the year.

Going forward, I don't expect much to change from Stringer. He will still likely take a large volume of shots. It they actually go in will define whether this year is a success or a failure for Stringer. As I will explain later though, we may need him to take a lot of three pointers, but to do so in a controlled manner. If he can do that, we may get the be saying that "the best is yet to come" at this time next year.