76% of the scoring is gone from the front court. Can Johnny O'Bryant make up some of the difference? Can Jalen Courtney stay healthy? Is there anyone else that can make a difference?

With less than a week until the official start of the college basketball season, it's time we meet the LSU forwards. Overall, I think it's clear that the front court isn't going to be as efficient offensively or defensively as the group was last year, but it's a group that has a chance to build up some confidence as the season goes along. I think the parts will fit better together, perhaps because there's less bulk overall. 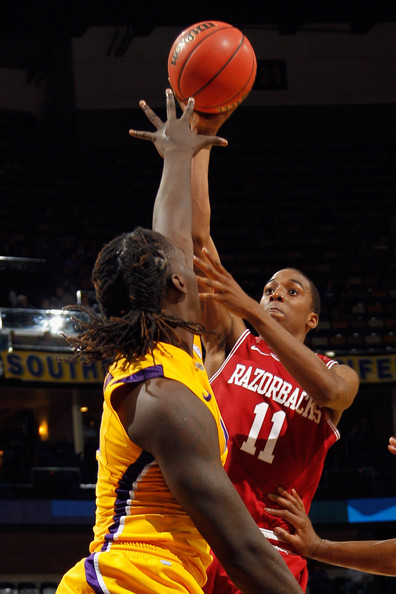 Coming off a very solid season, the first player to be featured is the Cleveland, MS product Johnny O'Bryant. At 6'9", "JOB" played as a power forward last year and did a pretty good job on both on offense and defense. He finished averaging over 8 points a game and over 6 rebounds a game. There were times were he could take over a game and force teams into foul problems in a matter of minutes.

At the same time, it was also clear that he was a freshman. He would often settle for contested, out of his range jump shots. Although he is capable of making a 15 foot elbow jumper, he's not nearly efficient enough to take more than a handful of shots there a game. If Johnny was able to work on it over the offseason, it could make him an extremely difficult player to guard. However, I think that there should have been an emphasis on having JOB continue to play down low as a banger.

Looking ahead to this season, I don't see any reason why Johnny shouldn't put up even more impressive numbers. He will be heavily relied upon offensively down low, as well as on defense as a rebounder and shot blocker. With the potential small lineups that LSU will use, he will need to be an anchor on defense to allow the guards to get out and run. 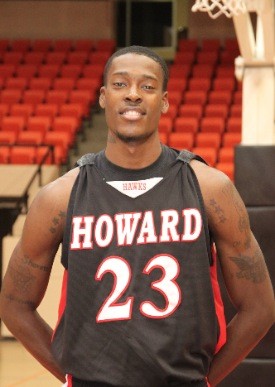 Up next is one of two new big guys, and someone I think could really help. Shavon Coleman, a JUCO transfer from Texas, is a great replacement for Storm Warren at the power forward spot. Despite being a little bit shorter at 6'6", he still has the rebounding skill to play down low along side Johnny O'Bryant. Coleman will be immediately relied upon for big minutes whether he is a starter or comes in off the bench. I question whether or not he will be able to produce offensively as well as Warren was able to, but he should be able to give us the defensive skills on the perimeter that Ralston Turner did, while being able to rebound like Warren did. 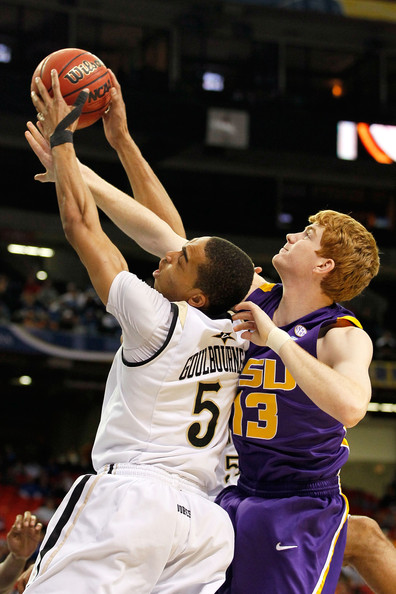 Despite being the lone senior on the team, Eddie Ludwig may be a player that isn't relied upon very much more than he was at other times in his career. At times, Ludwig has been able to provide some surprising scoring and big rebounding games, but unfortunately those games are the exceptions and not the norm. Eddie struggled to earn playing time last year, and his production on the season actually decreased along with his total playing time.

Going into this season, I think expectations should remain low. A healthy Jalen Courtney should be able to take up more forward minutes, while Johnny O'Bryant and Shavon Coleman should take the bulk of the 80 minutes available at the power forward and center spots. If Ludwig is able to have a break out senior season, it will depend quite a bit on the early games in the non-conference part of the season. His best games last year were in the late part of the non-conference schedule and the early part of SEC play. This year, he will need to keep his production steady once he gets settled in. 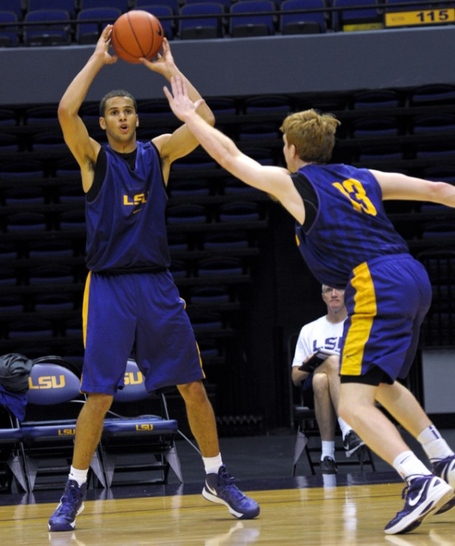 The second and last newcomer(for now) is the 2nd generation LSU Tiger, Shane Hammink. At 6'7", he's a forward that will give Johnny Jones some flexibility in terms of his style of play. Although not right away, he could end up being a scoring forward that LSU is looking for in the future. He's played very well in Europe and the different styles of play he learned there will help him immensely. The problem is that the competition, while solid, wasn't on the level that he will see in NCAA college basketball. At the same time, he still has some bulking/shaping up to do like all freshmen do. Shane should expect to see limited minutes, but LSU fans should expect to see steady improvement over the season. 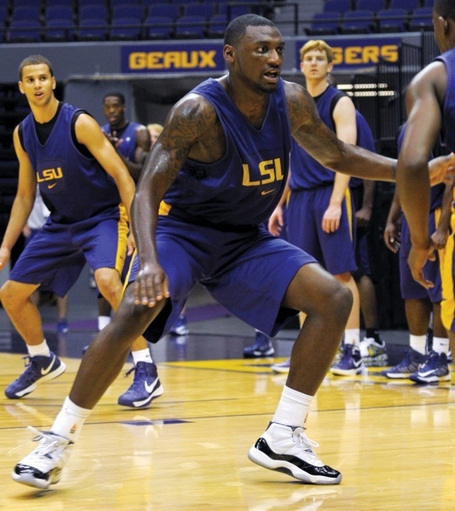 Last up is perhaps the only threat we have from behind the three point line on the front line, Jalen Courtney. The 6'8" junior is coming off of a disappointing couple of seasons for LSU. His freshman season was extremely limited due to injury, while last year wasn't much better, though he was able to record meaningful minutes as the year progressed. Jalen showed a lot of promise with his sweet shooting, but unfortunately, the rest of his game was still lacking. He played too much like a small forward defensively to fill in at the power forward spot, and never showed that he had an inside offensive game.

The goal for Johnny Jones in the offseason had to be to get Courtney adjusted to a new style, while also building up his game in the areas previously mentioned. If Courtney's injuries continue to hamper him this season, it could be bad in a run and gun style that coach Jones likes to play. If he is healthy and able to get out on the run and hit open shots, which we know he can do, it could go a very long way to winning games this season.