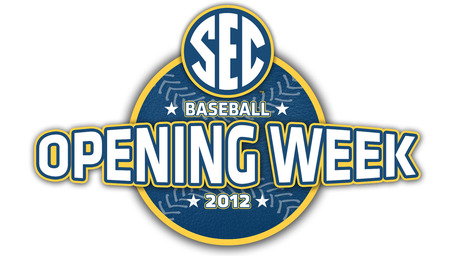 More detail to come in the Gamethread break down, but neither of this weekend's teams are a slouch. Alcorn St is the defending and likely repeating SWAC champion, While Air Force is coming off their best season in years and is coached by one of Mainieri's former players and a Genuine American Hero in Mike Kazlausky.

As mentioned yesterday, Air Force and Alcorn St. will play two games on Friday and Saturday morning, both at 11 am, before facing LSU in the evening. There is no broadcast of the games that I can find, but admission is free.

College baseball coverage on television continues to grow at a steady pace and still vary wildly from conference to conference. The SEC continues to lead with nearly 70 games on local and national TV, while the ACC has a hefty 43 games slated for TV and a new ESPNU featured game of the week package that will see some of their conference series shifted to Sat-Sun-Mon, with the Monday game getting the ESPNU broadcast. Meanwhile the Big XII, a true power conference, will have just 6 (yes SIX) games on TV, one of them being the conference tournament championship game. That's terrible if you're a member of the Big XII, except for Texas, of course, who will televise nearly every single home contest on the Longhorn Network. Our plucky friends out west in the Big West have only 3 games on TV this year (other than OOC games they appear in) but do get one on the opening weekend. The PAC-12 is interesting because while at this point they don't have more than a handful of games scheduled for national broadcast, that will all change when the PAC 12 Network comes online later this year.

LSU announced that they had sold a record 9,180 season tickets for the year, which means LSU already has 348,840 sold tickets before the first game, and has already won it's 17th straight National Attendance Title. Whether or not those tickets actually get used is another story...

The SEC continues to dominate, but a few familiar faces round out just about every Top 25. Stanford appears to be the favorite out west, but UCLA, Arizona, and a post-season ineligible Arizona St will challenge them. The BXII will have one great final Texas-TAMU battle before they split for good and leave the Longhorns with not much in the way of competition. The ACC favorites are any combination of UNC, GT, FSU, and Clemson, though Virginia appears to be headed for a down year. TCU looks great but their Mountain West is down to FIVE teams. Rice and CS Fullerton look to have great teams as always, but beware that Fullerton has a new coach after Tennessee poached Dave Serrano.

Another year, same story as the beasts from the East all look to have Omaha caliber teams again. Florida is a resounding preseason number 1, with a roster full of All-Americans and 7 on the Golden Spikes watch list. South Carolina, the defending champs are a close second who has lost a lot of last year's offense, but will return Ace LHP Michael Roth. Vandy lost 11 players to the Draft, including the two best from their weekend rotation, but their new class is believed to be good enough to make a run. Georgia is even making a few T25 lists, but they're still a ways behind the division leaders. Look for Tennessee to steal a series or two from a team caught sleeping, but it's going to take time for Serrano to get them out of the basement with Kentucky.

The West looks the same it usually does. Arkansas, LSU, Ole Miss, and Mississippi State all look to beat each other to pieces for the division crown, with Auburn and Bama close behind. The conventional wisdom says none of them will keep up with the East leaders. If there is a repeat of last year's log jam, the new 10-team tournament format could mean the entire division makes the post season.

Here's more coverage from around SB Nation and elsewhere that's worth a look.

SimmonsField.com - A Mizzou baseball fan blog (They do exist!)

For Whom The Cowbell Tolls - Miss State

Bruins Nation - UCLA (I know the chances we will ever play them again are rare, but Ryan does a fantastic job covering that team)

Finally today, some amazing work done in the field of Baseball Humor.