For the average person, gumbo is probably THE quintessential South Louisiana/Cajun dish. The one you see most often on cooking shows, and the one most imitated, usually quite poorly, in Northern restaurants. The biggest reason most excuses for gumbo fail, in my opinion, is that the chef either doesn't know how to make a good roux (or doesn't make enough of it) or tries to pass off some other random smoked sausage as Andouille. I've brought it up before, but for the last time, if it doesn't look like this: 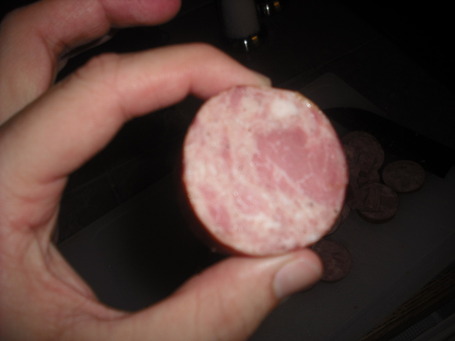 When it comes to gumbo, I've generally been of the opinion that you should either do seafood or chicken/Andouille, and not mix ‘em. All too often people include sausage in a seafood gumbo and wind up with shrimp that taste like sausage. But I digress. In this recipe, I borrowed some elements from a few different chefs, aiming for something thick and rich that would kind of approximate one of my favorite gumbos, the Chimes' Duck and Sausage version. As such, I decided to lightly fry up my chicken pieces beforehand, and used chicken thighs, figuring that the dark meat and extra fat would help create a thicker broth and a richer flavor. This proved to be a good call.

Some people prefer to just use a fryer chicken and cut it up into pieces, or use chicken breast meat, and it always just comes down to your personal preferences. Frying the meat up beforehand isn't necessary either if you're short on time/convenience. Once you get the roux/vegetable/liquid mixture going, you can always just throw your meat straight in and simmer it until it's all done.

2. Heat the oil in a skillet to medium high-to-high and fry the chicken, a few minutes on each side. They don't have to be totally done, because obviously they're going to cook in the pot, but you want a good golden crust. Set them aside on some paper towels. 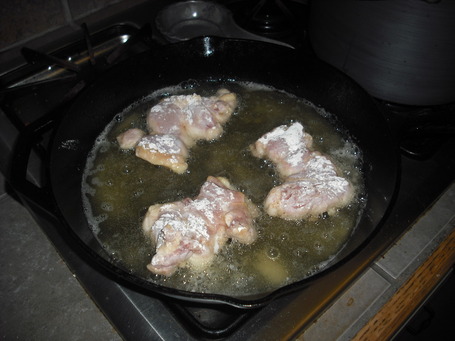 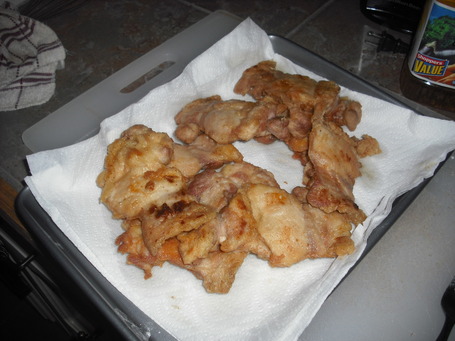 3. In a large stockpot, pour in the chicken stock and bring to a boil.

4. In the skillet, whisk in the remaining cup of flour and make a rich, dark brown roux. Doing this in the skillet you just fried the chicken in will add some extra flavor due to the rendered chicken fat. 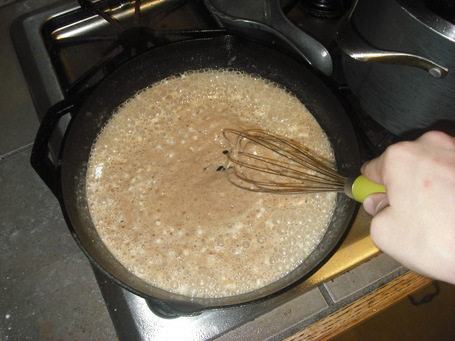 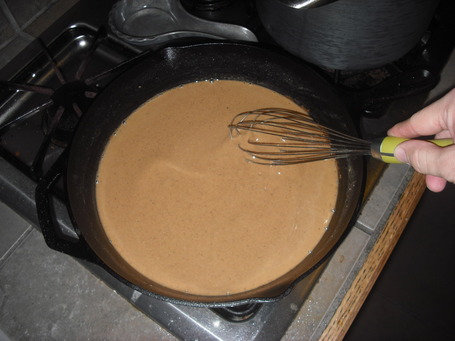 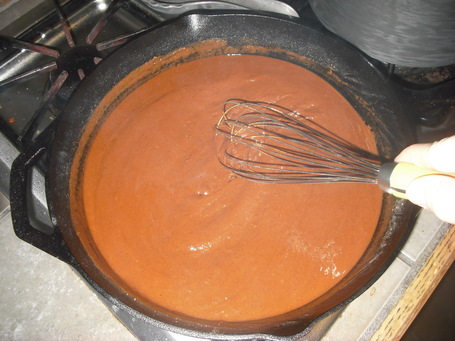 5. Once it reaches the desired color, add the diced onions, bell pepper and celery and sauté until wilted, stirring steadily to make sure nothing sticks. 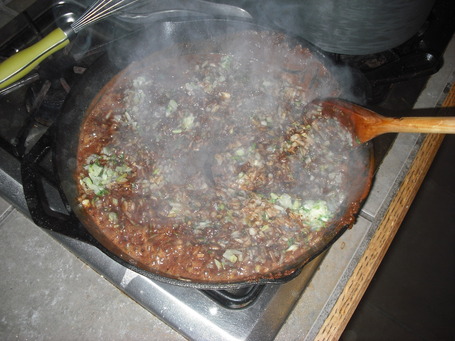 6. Spoon the roux/vegetable mixture into the boiling stock, one spoonful at a time and stirring to incorporate well. Add the bay leaves, basil and thyme, along with garlic. Bring the mixture to a good boil and reduce to simmer for a half hour. 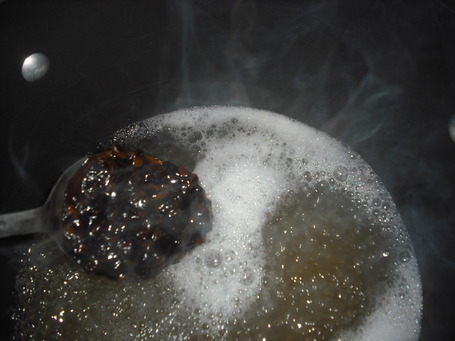 7. Take the chicken pieces and Andouille and dice well, then add them to the pot. Bring to a good, rolling boil, then reduce to simmer. 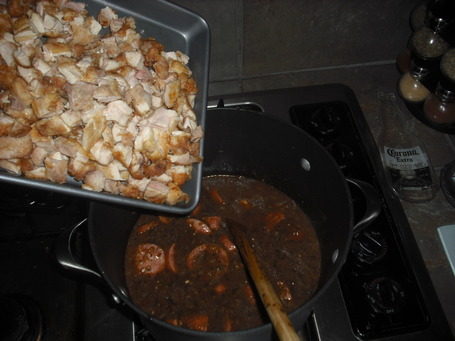 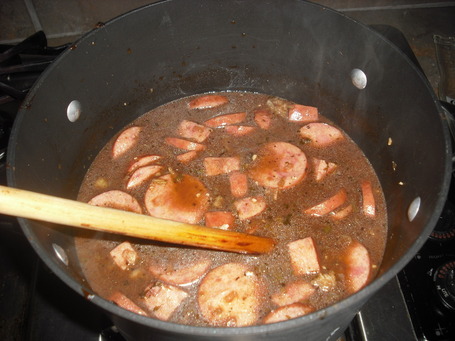 And then let'em simmer. And simmer, and simmer. An hour is a good minimum, but gumbo, as much as any dish, gets better the longer it sits. A lot of people like to make something like this a day ahead of time, refrigerate and reheat it before serving. Add the green onions shortly before serving over steamed rice. 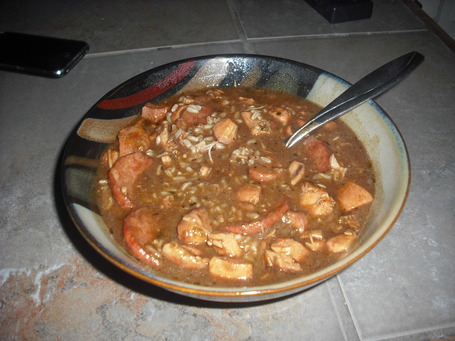 And I'm not gonna lie y'all, this came out tasting as good as it looks.