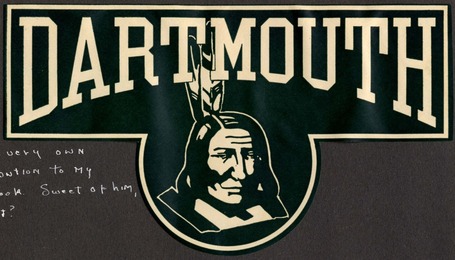 Not much to say about the Mean Green, playing in their first game of the season due to Ivy League rules. They did well last season, losing a 1-2 series to Princeton for the Ivy Championship. Dartmouth returns 2 1st-team All Ivy players from last season: SS Sr. Joe Sclafani (BA .349, SLG .581, 34 RBI, OBP .414) and RHP Cole Sulser (49 K 4 BB 2.59 ERA (1.71 in conference play)in 48.2 IP). Dartmouth's web site actually has a great Video preview of the team hosted by the Dartmouth Head Coach.

After the offensive explosion so far this week, i'd say the offensive output problem is well on it's way to getting sorted. I've got no problem believing LSU will put up some runs this weekend, what I'm worried about is the middle and late relief being able to lock games down before they turn into shooting matches. With the exception of Goody, the relief hasn't been impressive against what is supposed to be inferior competition. I'd really like them to step up and show some killer instinct this weekend that we are going to need once conference play comes around.

Both of the big non-conf In-State rivalry series in the East are this weekend, With #1 UF @ #10 Miami and #3 SCar v #13 Clemson in the series that is played in 3 parks over 3 days. Arkansas and Tennessee are at the Houston College Classic (underway as you read this) at Minute Maid Park against Texas Tech, Houston, Rice, and Texas (though not against each other.) MState (UConn, Lipscomb) and Auburn (Purdue, Charleston Southern, Southern Miss) are both hosting tournaments. Bama travels to Turchin to play Tulane and the rest of the conference is beating up cupcakes.

That 5 team tourney in Houston is the real headline grabber for the weekend. Otherwise UC-Irvine at Baylor and SoCal at UNC are the other big series nationally.

This year's list of inductees to the College Baseball Hall of Fame include Nomar Garciaparra and Southern standout Lou Brock.

ESPN has announced it's full schedule of college baseball coverage for the year, which includes a few ESPN3.com only broadcasts. Their coverage has already started this weekend with the Houston College Classic going on right now.

OH THE WAILING AND GNASHING OF TEETH this week from the B1G with their inability to compete in college baseball. Some of their ideas have merit, like Purdue HC Doug Schreiber's proposal to allow for a few games to be played in the fall. But some ideas are plain lunacy, like Minnesota HC John Anderson's idea to break B1G baseball away from the NCAA completely, playing all of their games in the summer and giving up any chance to go to Omaha.

The B1G's argument that it can't is a complete crock though and the reason why is sitting on our bench. Paul Mainieri led Norte Dame to 8 straight post-seasons and had a trip to Omaha in 2002 under his leadership. He probably would have continued too, if LSU hadn't hired him. As we've said in this space before, the problem with northern baseball is it's own lack of commitment to the sport, instead of some vast conspiracy between the southern squads, the selection committee, and Mother Nature herself.

And that commitment is changing in some parts of that conference. As our Nebraska brethren at Corn Nation had pointed out to them by Coach Schreiber, B1G RPI isn't all that bad in the top half of the league and some schools are making significant facilities investments.

Probably the real story of the weekend, already postponing games across the conference. The good news is it should all be clear here by Saturday afternoon, so we'll have plenty of time to get a make up DH in on Saturday.