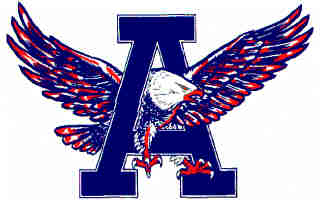 Time for another week of SEC action, this time on the road against WarPlainsTigerMenEagles of Auburn. To get a good read on Auburn, I talked with Kevin of Plainsman Parking Lot, one of the best baseball-only blogs in the conference.

PodKATT: Auburn leads the league in stolen bases, steal attempts, bunts, and is near the top in walks, which to my LSU-biased mind screams "this is a team from the WCC." Do you believe this aggressive style of play is working for your team and how do you think it will fair as the SEC slate drags on?

AUPPL: It's a double edged sword. It fits Auburn because that's what Palowski has built his team on (speed and small ball) even in his 2nd Season when he had live bats like Hunter Morris, Kevin Patterson, Trent Mummey, etc, he still made it a focus on bunting. Not to the extent he has now, though. Still, it's intensely frustrating at times to watch bunt attempts with 1 out instead of just letting free swinging take its course.

Does it work? Yes. Auburn doesn't have a lot of Home Run power, so we have to make up for it by creating any scoring chances that we can. Auburn will go in spurts where it's only singles and walks, so picking up steals enables us to put guys in scoring position without having to wait on an extra base hit.

Will it work during SEC play? Honestly, I think it will. Even when Auburn isn't successful on a steal attempts it will still keep a pitcher honest and really Auburn is just hoping to put pressure on the opposition and force mistakes and errors (like the Saturday game against Ole Miss). Every player in the lineup has a steal, some excel (Creede Simpson/Jay Gonzalez) others struggle (Zach Alvord/Garrett Cooper). Even the catchers are expected to steal from time to time.

How well it works depends on the top of the lineup: Creede Simpson/Jay Gonzalez. When these guys get on then it sparks the offense.

PK: Auburn's pitching staff ERA is just a few points higher than LSU's but a look at the individual numbers shows some solid starters and a handful of good relief arms. Is there anyone in particular that LSU should be concerned to see coming out of that pen?

AUPPL: Auburn doesn't really have anyone from the bullpen that might strike fear in the opposition. Not that much K power or deception. Instead we've established some role players (like Slade Smith in long relief) and Dillon Ortman as a set up guy. Corey Luckie had a rough start but settled down nicely in the Ole Miss series and gave Auburn the performance we needed.

PK: The year didn't start well for Auburn, with series losses to Mizzou and Arizona, but last week's series win at Ole Miss has got people talking postseason potential again. It's still kind of early to ask this, but where do you see this team in June?

AUPPL: I thought going into the season that Auburn's goal should just be to make it Hoover. With Alabama, Vanderbilt, Tennessee scraping the bottom of the barrel so far, and the Tournament expanding to 10 teams, that's still an attainable goal. As long as we can make it Hoover and keep a Plus .500 record then our RPI and SOS should get us an At Large bid. In June? I think Auburn finishes around 6-8th in the League.

PK: That wall in left is just ridiculous. That's not a question, it just has to be said.

AUPPL: I love Plainsman Park. Then again I'm biased. It's not huge and it's kind of wedged into it's plot on Auburn's campus. We're only going to fill it to around 2,500 plus every weekend, but that's mainly because of parking and how small Auburn as a town actually is. The dimensions are odd (especially the corner next to the Mini Monster) but it's part of the plan when they renovated the park. Imitate major league stadiums so we have the brick backstop (like Wrigley), the green chairbacks (like Camden) and the Green Monster (like Fenway). The best thing about the Monster is that we can't go back to pre-1995 (when it was erected) because there is a Satellite Steam Plant that powers part of the campus right behind it.

PK: Thanks to that Ole Miss series win and it being a road series for LSU, I've seen a few of the national writers pick Auburn for the series upset this weekend. How do you see it turning out?

AUPPL: I saw Kendall over at Perfect Game predicted an upset. I always approach games with cautious optimism. If we can keep the games close then we can win. However, if we let guys like Gausman or Eades overpower us and we get frustrated and start chasing things? It's going to be a long series. Part of me thinks the pitching for Auburn can hold but I'm worried about our defense (or lack of) letting innings spiral out of control. Our best chance will be to get to the LSU bullpen. I've seen starting pitchers overpower us and we just aren't built to come from behind when down multiple runs. I think it starts with Varnadore on Friday. If Varny can come out and get a solid 7 innings and we steal a win Friday then I think we'll win the series.

Last night was a hard fought thriller until the 7th and with Price moving back to the bullpen, the Gamecocks are proving how much of a challenge they can be. UF is too good to be swept, but the momentum will stay in SCar's favor for the weekend

Dave Neal had a good point on last night's broadcast: Arkansas is the least talked about Top 5 team in college baseball. They've got a strong pitching staff and a couple of good hitters on the road at a still injured Miss St. As good as Miss St's starters are, last weekend proved even 17Ks on one night sometimes isn't enough.

What the hell am I going to say now. Kentucky swept S Car at home in close games, a sweep that looks even more impressive give S Car's win over UF last night. Kentucky has a chance to tie and pass the SEC All-time win streak of 23 set by LSU in the 2008 season. As you may recall, we rode that streak all the way to Omaha, but it's still March and Kentucky just keeps finding a way to win. From here on out, I'm picking them until they lose

UGA had a good series win over UT last weekend and Vandy got swept by UF and lost a midweek game to Evansville (EVANSVILLE!?) We are quickly approaching the point of no return for the 'Dores this season and this fall has been a spectacular disaster. The turnaround need to happen now, I just don't think it will.

Ole Miss had a surprising loss at home to Auburn and will probably spend the weekend taking it out on the other terrible team in the SEC, how dropped a 9-0 loss to Troy in the midweek. What is it with Bama and Sun Belt teams?

A couple good stories from the Daily Rev worth sharing, including the trouble with baseball scholarships, and Tyler Hanover playing for his brother deployed in Afghanistan. Also I missed posting the profile on Mason Katz that appeared in last weekend's game program.

The SEC released next season's baseball conference schedule and LSU will be traveling to both of the new SEC teams.

Mainieri is sticking with his guns on the rotation, hoping that Nola just had 1st day jitters. Also remember that as it's a road series, we've got a travel roster. I'll try to find out who's on the trip and post it here if I can.

No TV this weekend. Auburn offers a paid video streaming service if you are interested.

Weather looks fine for Sunday, but there is a decent chance for spotty rain today and tomorrow. not much to worry about.