There's no way to sugar coat it, the next 7 days will define LSU's season. The stretch will see LSU face the two division leaders of the SEC, both of them Top 5 teams, and it's a chance for the Tigers to prove that they will be serious contenders both in the SEC and nationally. Let's face it, LSU desperately needs to regain some of that national respect it's lost over the last two seasons. It's perhaps this win or bust feeling that has led to Coach Mainieri making a small but significant pitching change this weekend. There is no listed Sunday starter and Aaron Nola will be made available for use on Friday night if he is needed to close out the game. Additionally, you can expect the usual lineup shifts as LSU tries to navigate around the loss of Sciambra in center field.

With Arkansas's strong bullpen and similar batting numbers, there's a very good chance that all of the games this weekend are low scoring affairs, something LSU has had to deal with in all but one of it's SEC games this year and many games last season, including the heartbreaking sweep suffered at Arkansas last year that put the season in a tailspin. I certainly don't think the Hogs have the power to win this series going away, but LSU must be careful to avoid getting the short end when things get tight. 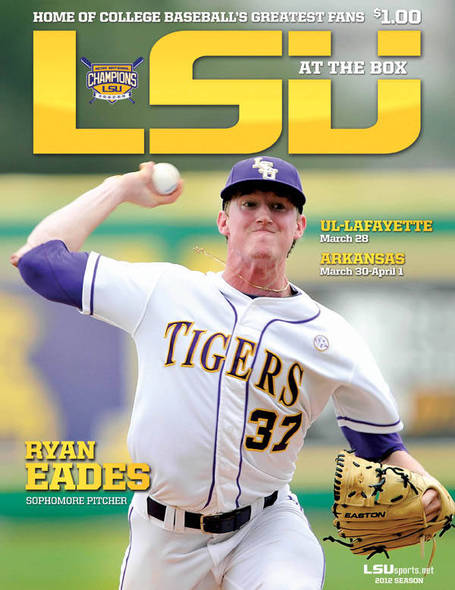 There's some significant rain sitting just off the coast right now that could make it's way to BR before the end of the game and there are spot showers popping up all over the SEC this weekend. I'm not sure the games will be affected, but I'd be prepared, especially if you are spending all day on campus tomorrow with the Spring Game.