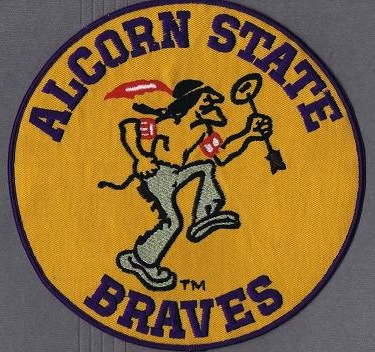 It's the start of another difficult week for LSU baseball if only because the Tigers are banged up and could use some rest instead of a 5 game week. The farthest they'll have to travel is just down the road to Metarie, though, and Southern Miss is the best team they'll face (btw, the game tomorrow has been picked up for TV). The walking wounded report is worrying, but as it didn't stop LSU from beating Florida on Sunday I don't think it will be much of a hinderance this week. Aaron Nola's arm is healing well, but some flu symptoms will keep him out of action for now. Alex Edward managed to pull his other hamstring and will be out for another few weeks. Raph Rhymes, who is still the SEC leader in BA, hits, and OBP, is recovering nicely from the concussion he suffered this weekend when he got beaned in the head on Friday. Judging by Mainieri's comments on the radio last night, they are not even going to take a chance of playing Rhymes until he is 100%. As such the lineup will be Fields, Foster, and Katz from left to right, with Moore stepping in at 1B after both his good weekend hitting (4 for 5 on Sunday with a run) and Dozar's defensive miscues. On the mound, Mainieri is looking for a long outing from Joe Broussard followed by Cody Glenn and hopefully no one else. With the long week, the less we use of the pen, the better.

The weekend's performance, combined with the sweep of Arkansas last weekend has really changed the outlook of the season. LSU is now universally a top 10 team in the polls, and is at #10 in the official NCAA RPI. Continued performance at this level will put LSU in serious consideration for one of the 8 National Seeds and a potential Super Regional hosting berth. Also this weekend, Mainieri passed 1100 career wins, one of only 11 active coaches to reach the mark, and for his surprisingly solid relief work this weekend, Bret Bonvillain was named the SEC Pitcher of the Week.

First up this week is a second game against Alcorn St. when last we saw them, the Braves pulled an upset of Air Force on opening day, only to be stomped for a 19-0 loss against LSU. Alcorn St. would go on to lose 11 straight games. The Braves are 0-13 vs common opponents and are just 7-25 overall, 6-6 in the SWAC. Alcorn St. is hitting just .252 as a team with 16 home runs and a 223/95 K/BB ratio and fielding .935. The Braves leading hitter is 1B Eduardo Gonzales (336/557/369 5HR 35RBI) They have a team ERA of 8.15 and no individual under 4. So it wont be a big challenge tonight, but just getting that outfield some reps will be good preparation for the rest fo the week.

There is also a small statistical story to keep an eye on tonight, especially if you keep a close eye on attendance like I do. The MLB season is underway and there are a handful of clubs that are reporting some low numbers of turnout. Most notably are Oakland and Cleveland, the later of which had a listed attendance of just 9,473 for a game v Chicago last night. The lowest paid attendance at any LSU home game this season is 9,638 a few weeks back vs Southern. The A's and the Indians both have games this evening and I think there is a decent chance that LSU could outsell one or both of those clubs tonight. It wouldn't be the first time it's happened (LSU accomplished the feat last year on the Sunday game of the UF series), but if LSU can do it so early in the MLB season they might also be able to do it multiple times this year.