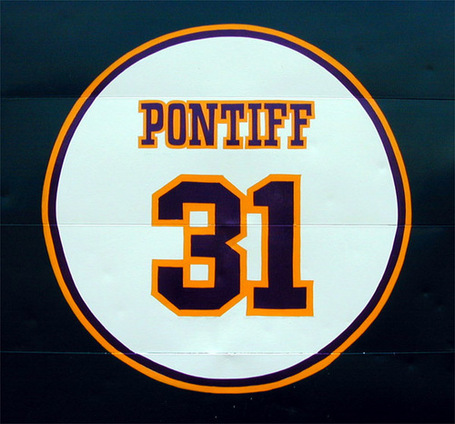 It was just another game to fill out the schedule last night, but the Tigers 7-2 victory over Alcorn St was not without the fireworks. A pair of solo shot homeruns from Mason Katz and Jordy Snickeris (his first as a Tiger) were the offensive highlights for the night. Joe Broussard's start lasted to the 7th, but the slim 3-1 lead at that point forced Mainieri to go to the pen earlier than he hoped, using Berry, Rumbelow, Cotton, and Bourgeois in short outings to finish it out. The lineup changes of Foster in LF, Fields in CF, Katz in RF, Moore at 1B, and Snickeris at DH are likely to continue tonight. Interestingly, Mainieri has announced that Aaron Nola will start just the 1st inning tonight as a tune up before he returns to the Sunday starter role this weekend.

But of course, tonight is about more than baseball...

This June will mark the 10th anniversary of the death of Wally Pontiff Jr. A freshman on the 2000 National Championship team and MVP of that year's SEC tournament, Pontiff was an everyday player for the Tigers in his 3 seasons, leading the team in OBP in his junior season and striking out only 20 times in 307 plate appearances. Wally died suddenly on July 24, 2002 from a genetic heart disorder at his parents home in Metairie. The Wally Pontiff Jr Foundation, run by his parents, supports various charities in and around Metairie, with the annual game tonight and a fall golf tournament as their main fundraiser.

Weather tonight is going to be an adventure as most of the I-10 corridor between BR and NOLA is sacked in with rain and even had some hail earlier today. Forecast calls for only a 40% chance so be prepared. The game will be televised locally on COX4.