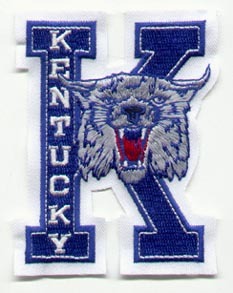 LSU once again hits the road for a Top 5 matchup and the defacto regular season SEC championship against...Kentucky? How in the world did the Wildcats (33-5, 11-4 SEC) become the cream of the crop in college baseball? I asked Glenn Logan of A Sea Of Blue to explain.

PodKATT: Who's more surprised by Kentucky's amazing 33-5 season: Kentucky fans or the rest of the college baseball world?

Glenn Logan: I would say both are about equally surprised. John Cohen resuscitated the program from despair, taking us to an SEC championship in 2006 and to our first top 25 ranking at season's end in 18 years (at the time), UK fans began to notice the baseball program. Two years later, we wound up in the NCAA Regionals, falling just one game shy of the Super-Regional round in one of the best seasons in history. We thought we were on a path to perennial SEC top-tier status.

Then Cohen left to coach his alma mater, Mississippi St., and we thought, universally, that was the end of that. Cohen was special at Kentucky, and it was his energy that brought UK baseball back to relevance. His successor Gary Henderson, who looked so overmatched for the position for the last 3 years, has unexpectedly delivered in a team that not only plays like Cohen's did, but wins like they did as well -- with offense. 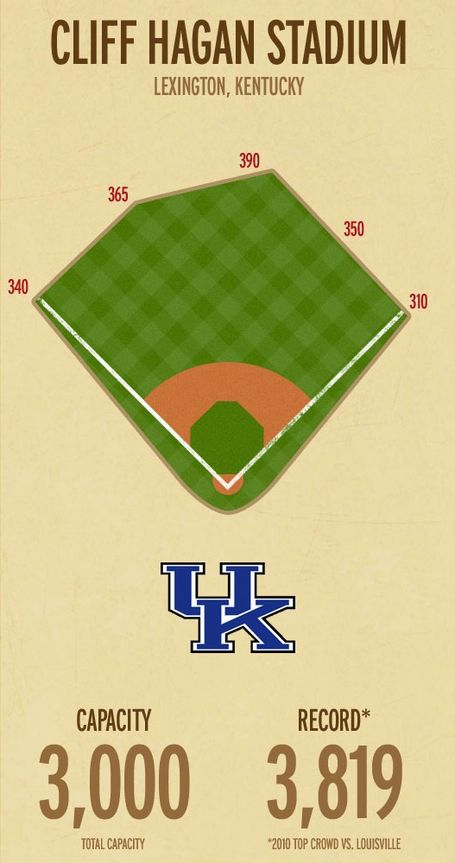 PK: Cliff Hagan Stadium is notorious in the league for being a small hitters park, especially the short porch in right. In your observation, has Kentucky's offense been as strong on the road as it is at home?

GL: For the most part, yes, although the 12-0 trouncing at the hands of rival Louisville the other day might give the other side an argument. Kentucky has been pretty consistent regardless of venue, although the tougher foes in the SEC have tended to give up fewer double-digit run games, which is just about what you'd expect.

Since UK starts three lefties in their weekend rotation, that short right field has been good to the 'Cats this year, as it keeps the 340 foot left field wall in play more often than not. Since you guys will be bringing in three right-hand starters, it could provide a long-ball opportunity for the Wildcats.

PK: Kentucky's offense is very impressive, especially in the dead bat era that college baseball finds itself in at the moment. The 41 homers jump off the page, but the SEC leading 81 doubles points to a serious ground game. Who should LSU be worried about seeing step up to the plate?

GL: Austin Cousino, Thomas McCarthy and Luke Maile all have serious base path savvy and can turn singles into extra bases. Cousino also happens to be 7th in the SEC in batting average and Maile 4th in slugging percentage. These are three guys that need to be pitched to, because they can score runs with their feet as well as their bats.

PK: Aside from Corey Littrell (1.95 ERA 5-0 14BB/48K in 55.1 IP) Kentucky's weekend starters really pale in comparison to what looks like a monster bullpen on paper (4 regulars under 2.70 ERA, none over 9, with a staff ERA of just 3.53) How quick of a hook does Coach Henderson have and why do you think some of these bullpen guys haven't been tried out as starters?

GL: The only guy who gets a lot of latitude is Littrell. Other than him, Kentucky has really pitched by committee, and the reason is their youth -- 7 freshmen and 3 sophomores out of a 15-man staff. Freshman Sam Mahar was impressive on Tuesday in his first start against Cincinnati, carrying a no-hitter into the 5th inning, but the Bearcats are hardly a fair comparison for almost any decent SEC team. But it would not surprise me to see him getting a mid-week start or two down the line, and with a 1.71 ERA so far, you'd have to think that would be a good idea.

Expect Taylor Rogers and Jerad Grundy to get a fairly early hook if LSU is able to hit them hard. Littrell is a stud, so he'll get a bit of leash.

PK: How do you see this weekend going?

GL: UK is a very confident team after taking the series from Arkansas this past weekend. If they are as sharp as I expect them to be, I think they will narrowly win the series, 2-1, on the strength of their excellent offense. Kentucky has been extremely tough in close games this year, and I expect all these games to be in that category. The right-handed pitching of LSU also figures to be a nominal advantage for UK's hitters, since most of our power is right-handed.

Here are some other interesting notes for the weekend. The Times-Pic has a story on Friday night starters Gausman and Rogers, who have been friends since childhood, both growing up outside Denver. TSD was able to catchup with Coach Mainieri just before the team left to discuss the series.

I wish there was flex scheduling in college baseball that would allow for a Top 5 matchup to get better TV coverage. As it is, the game is being broadcast by Kentucky's in-house network and being syndicated on FSN South and FCS-A for Friday and Saturday. There is no TV coverage for Sunday, but Kentucky's streaming service will carry it for a fee.

UPDATE: Cox Cable has announced they are also picking up the game Friday night on Local Access Cable Ch. 96

The weather could be a serious issue this weekend. Lows in the 50s tonight with rain expected, followed by highs in the 50s with lows in the 30s (!) this weekend. The rain chances are expected to clear by Saturday afternoon, so getting the series in, even with a potential DH on Sunday, should not be an issue.