UPDATE: Thursday Rain Out, Details after the break. 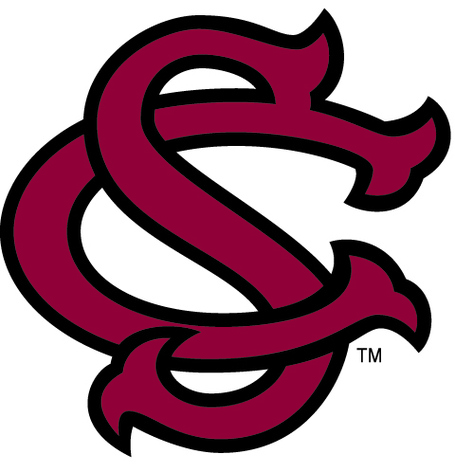 One of the oddities of SEC baseball is that it plays a 10 weekend league schedule with 12 teams, meaning you miss one team a year. By odd coincidence, this has led to LSU and South Carolina missing each other for the last 2 years as the Gamecocks have made their mark as a dominant program in college baseball and the class of the SEC. That all gets settled this weekend as the winners of the last 3 National Championships square off with a shot at the SEC regular season championship, the #1 overall seed in next week's tournament, and a potential national Top 8 seed all up for grabs to the winner. I talked with Gamecock Man of the excellent Garnet and Black Attack to get his thoughts on his team and the weekend ahead.

PodKATT: Thanks to the scheduling quirks of the SEC, It's been a while since LSU has played South Carolina and the program has taken off for the stratosphere after 2 straight national titles. What's the culture of the fan base like these days and how prominent would you say the team is in the minds of the average South Carolina fan?

Gamecock Man: Football is king at South Carolina, but we're one of the few schools where baseball probably comes in second (although prolonged futility by the basketball team has a lot to do with that). South Carolina fans love their baseball. That's been true for a while now, and it's become even more true over the past two years, as, after many years of being competitive but not great, we can now lay claim to being an elite program. South Carolina hasn't had much to crow about over the course of its history, so we take a lot of pride in having a great baseball program. That will show this weekend, when you can expect to see a big crowd on hand for what has ended up being one of the premier SEC series of the year.

PK: Michael Roth was one of the big national names this preseason and has had a great season. Matt Price also got a lot of talk after his masterful work in Omaha, but he had a rough time adjusting to the full time starting role and by the start of SEC play was back in the bullpen. The pitching staff looks great overall, with a strong 3.18 team ERA. Who are some names that LSU fans haven't heard of that are making an impact on this team?

GM: USC comes into this game with an unclear pitching situation. This is probably the biggest issue in the series from our point of view. Roth is the Friday starter, but the other two days are up for grabs. Jordan Montgomery looked good for a few weeks on Saturdays, but he's struggling now, and we may look to other options. Colby Holmes was doing well on Sundays, but he suffered a freak injury a few weeks ago and missed some time. He was back on the mound yesterday afternoon against USC-Upstate. The plan was to throw him for an inning and see how he responded, in hopes that he's be ready for a bigger role this weekend. That didn't work out too well, as he got roughed up before leaving the game after only getting two outs. It's not clear what role he'll be ready to play. With the current situation, Forrest Koumas will almost certainly start one game, but whether we pair him and Montgomery or him and Holmes is unclear. Some other guys to watch are Nolan Belcher and Evan Beal. Both have pitched well in middle relief roles, and there's a small chance we'd look to them to start a game this weekend, although I'd have to imagine that Tanner won't do that if he can avoid it. Along with Tyler Webb, we need them as our core group in middle relief.

UPDATE: It's now being reported that Roth will start Thursday, Koumas Friday, with Saturday still up for grabs. Judging from the sound of things, I expect Montgomery to take a reduced role this weekend, with either Holmes or someone else getting the Saturday start.

PK: The South Carolina offense has a couple of impact freshman in Grayson Greiner and All-Name 1st teamer Joey Pankake, and a big bat in Christian Walker, but the days of a true power hitter like Jackie Bradley Jr. seem long gone for the entire sport. How has South Carolina adjusted to the dead bat era and how does it get it's work done scoring runs?

GM: South Carolina isn't a dominant hitting team, but it gets its fair share of batters on base, and it's done a good job of making the most of its opportunities. Ray Tanner is known for liking to play small ball (to the point that Carolina fans often cringe at memories of sluggers bunting), and while we've done a bit less of that than usual this year (maybe a bit less base-running speed than in the past), you'll still see a bit of that. In addition to the guys you've named, Tanner English and Chase Vergason are two to keep an eye on. Both, particularly English, have been hitting the ball really well lately. Evan Marzilli has been a pretty steady player this year, probably the steadiest other than Walker.

PK: The SEC regular season title is on the line, how do you see the weekend playing out?

GM: I'll be honest, I'm worried about our pitching situation. I think our hitting is doing well enough now for us to put some runs on the board against LSU, and if we can also get some good performances from whoever we throw on Saturday or Sunday, we obviously have a great chance, but pitching is about as uncertain for us right now at it's been all year. I'm going to be a homer and say that we pull out the fairy dust and win the series 2-1, but I'm not confident in that projection.

Thanks to a late audible from Cox Sports, all 3 games will be televised in Louisiana. Weather-wise, There is a strong chance of thunderstorms that lasts through 1st pitch tonight, but the rest of the weekend should not be a problem.

UPDATE: The rain was indeed a factor yesterday, raining out the first game. Doubleheader this afternoon, with game 2 on at it's original time and channel. Video for Game 1 is only available through South Carolina's streaming service.