Share All sharing options for: Better Know A Regional: Previewing Oregon St with Building The Dam 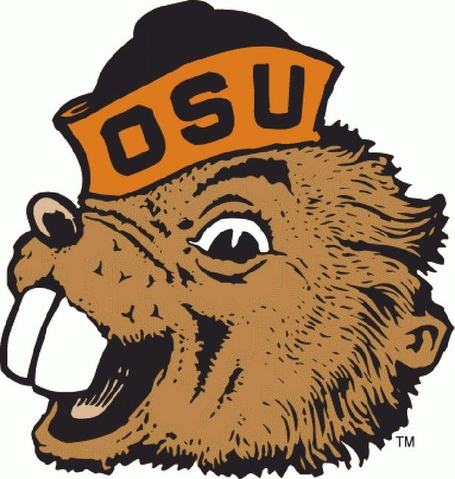 The big test for the weekend and the highlight of the regional is obviously the potential Saturday matchup between LSU and Oregon St. To get a preview of the Beavers, I talked to our SB Nation Blog Bro Andy at Building The Dam (where they have an excellent review of their season to this point)

PodKATT: Looking over the OSU schedule, the Beavers have a good record in the PAC, including sweeps of Oregon and Cal and series wins over UCLA and Stanford, but the only notable OOC result is a single home win over Oklahoma. How prepared do you think this team is for it's first trip (barely) east of the Mississippi?

Andy @ Building The Dam: Oregon St. spent 3 of the first 4 weeks on the road in southern California and Arizona, and also made a week long trip to Tempe and Reno, but you are right, most of their best baseball has come at home in Goss Stadium. They also have not played in a hot, humid environment all season

The Beavers are 9-5 against teams hosting regionals, so they can play at a high level, but one of the keys to this weekend is whether they can play to their capabilities when faced with a large, hostile crowd, in an environment that is hostile to them in more ways than one.

The telling stat I think is that Oregon St. is 12-2 on Sundays, and have won 5 of 7 series deciding games this year. The team does not throw in the towel when something goes wrong, and has tended to finish strong, traits that tend to serve teams well in the post season.

PK: Assuming OSU makes it past Belmont without any shocking trouble, Who do you see as the starter against LSU Saturday and who's the big name that'll come out of the pen when things get tight late?

BTD: Oregon St.'s "Friday starter" has been sophomore LHP Ben Wetzler, and coach Pat Casey has warned to expect things to be "shook up" this weekend. Most of us expect Casey to try to get the Belmont game with one or more of the other starters (more on that later), and save Wetzler for Saturday, which could be the most important game of the weekend.

The bull pen has been a problem in the later part of the season, blowing several games, and coming close some other times. Scott Schultz is currently the best relief arm, and he can go multiple innings if need be. Freshman Dylan Davis has hit 100 mph, and can be daunting with that kind of speed, but is still pretty inexperienced (he's also a position player, and hasn't thrown all that much, only 6 1/3 innings in 9 appearances on the mound.

The real problem has been the 1-2 punch of Matt Boyd and Tony Bryant that had been counted on to close out games have both been inconsistent of late. So much so that coach Casey used usual 3rd starter Dan Child to close the game against Oregon last Saturday.

PK: The big name at the plate for the Beavers is obviously P12 All-Freshman Michael Conforto (BA .343, SLG .603, OBP .435 with 71RBI and 13 HR), but who else should the Tigers worry about seeing and how does the Beaver offense usually get the job done?

BTD: Tyler Smith led the Pac-12 in hitting for more than half the year, and finished hitting .350 for the season. This despite being called upon to sacrifice on numerous occasions. Danny Hayes missed a month of the conference race with a shoulder injury, but he has been hot since returning, with 4 home runs in the last 3 weekends, and hit .317 for the season. Ryan Dunn has also finished the season well, and is hitting better of late than his .299 season average. He's second on the team behind Conforto in home runs.

But coach Casey is a big believer in small ball. LSU will probably see a barrage of bunts and infield sacrifices, as the Beavers will play for 1-2 runs without necessarily ever getting the ball out of the infield.

PK: Oregon State is no lightweight when it comes to baseball, with back-to-back national championships in 06 and 07. What's the general state of the program these days and where is it in pecking order of the teams in Corvallis?

BTD: The baseball team is making their 7th post-season appearance in 8 years, and the expectation now is that they should contend for the conference championship, and go to the post season on a year in, year out basis. That makes them the signature program, since the football team has taken a downturn since when we last saw the Tigers, and is 8-18 over the last 2+ years.

The mens and womens basketball teams just had their best years in 22 and 20 years, respectively, and that still only resulted in invites to the CBI and WNIT, so while those programs are on the upswing, they have a ways to go to match the sustained high level the baseball team has been at.

PK: How do you see the weekend playing out?

BTD: I expect both Oregon St. and LSU will win their first game, and whichever team loses Saturday will come back for a rematch. I think it will be very likely that the "if" game will be necessary. However, I think LSU will prevail, due in part to the fact that Oregon St. is still quite young, with next year probably when they will make a better run, and also due to the inconsistencies the Beaver bullpen has suffered.