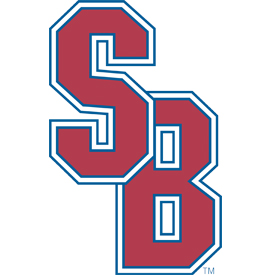 After a difficult two years, LSU is just two wins away from punching it's ticket to Omaha. All that stands in their way is Cinderella, with a big bat.

Stony Brook blasted through the 6-team America East conference with barely a scratch, walloping the handful of schools that had just 1 other team finish at .500 on the year. In fact, the SeaWolves schedule is severely lacking in any quality wins or really even any quality losses. Their early season road trip hardly contains any highlights (sweeping a 4 game tourney at Nicholls St, getting swept at East Carolina, and going 2-2 in a tournament in the Metrodome in Minneapolis against Kansas and Minnesota) Until the postseason, Stony Brook hadn't left the Northeast since 3/14, loading up on Ivy League schools and other teams in New York State. Their RPI of 87 entering the tourney was one of the worst, and it's current standing of 86 is by far the worst remaining in the tournament.

But then, they are still in the tournament. It would be easy to look at that schedule and dismiss Stony Brook offhand if not for their performance in Coral Gables. They went 4-1 on the weekend, scoring 10 runs or more in each win, including a 10-2 bashing of host Miami. They went 2-1 against Terry Rooney's UCF, scoring a combined 31 runs on a good pitching staff. Dismissing them out of hand because of a lucky weekend would be a huge mistake, as they are clearly a serious team who's numbers are not a fluke of a weak schedule. LSU will have to have great outings from it's star pitching, or this weekend will get ugly fast.

Not that the SeaWolves are without their weaknesses. Their team fielding of .979 is hiding 3 regular starters who are .965 or worse and the left side of the infield, 2B through 3B have a combined 36 errors. Their starting pitchers have better numbers on the season than LSU's, but they were roughed up a bit last weekend. Their ace Tyler Johnson ( ERA 2.13, 11-1, 4 CG, 88.2 IP, 21/47 BB/K, .255 BA against) had a to be used twice in decent lengthed outings, including this past Monday night, as Stony Brook did have to battle out of the loser's bracket.

The solution here is simple, but will present a challenge for LSU to pull off successfully. The starting pitchers must have great outings to slow down the SeaWolves offense and the Tiger bats have to avoid falling asleep for 7 innings in the middle of the game. If Stony Brook gets hot against either Nola or Gausman, which is not an impossibility, there is no chance that LSU's offense will be able to keep up in a slugfest. LSU will win in close 5-3 or 6-4 scores, but any more runs than that and there will be trouble. Stony Brook is in for the fight of their lives, to be sure, in front of crowds exponentially larger than their entire home attendance for the season and during a swampy June weekend in South Louisiana, but they will not be a pushover. No one gets a free pass to Omaha, and LSU will have to earn it the hard way.

The TV situation is simple on paper, ESPN2 for all games, streaming for free on ESPN3.com with no blackout restrictions (though remember that your cable provider still has to support the service in the first place). Steve Berthiaume ‏and Doug Glanville will have the call.

I say on paper because it would appear Mother Nature is as pissed about the 11am start times as we all are. Baton Rouge has been soaked the last 2 days under severe rainfall that has produced flash flooding at times and there are no signs of it letting up at all this weekend. There are strong chances of Thunderstorms from 10am today, lasting practically to late Sunday afternoon. If the games do get to start on time and are actually in progress, they will stay on ESPN2, but remember that there are 7 other Super Regionals that are on the ESPN networks this weekend. If there is an extended rain delay the game could be shifted to ESPNews or even off cable all together and just on ESPN3. Keep an eye on the radio and bring some rain gear if you're headed to The Box