Earlier this week I took a stab at a chicken soup I've been meaning to make for some time (and which came out quite well) but, as a result, I had a bunch of chicken parts available in my fridge and nothing particular to cook with them. Since I had a few neckbones and a back saved in the freezer I figured I'd take a stab at something I haven't tried for years — a consommé.

Although French and not uncommon in Louisiana, a consommé is not a tailgating item. This is something you'll get served before the meal at some fine dining place in New Orleans. It is a pain in the ass to prepare but it is a dish worth knowing how to cook if you spend a decent amount of time in the kitchen.

Essentially a consommé is a flavored broth that has been clarified. It should be absolutely clear, contain almost no fat and pack a flavorful whallop that will startle you if you aren't prepared for it. Typically you drink it but it's not uncommon to serve a consommé as a small soup with some kind of fancy but minimalist garnish in it. But I'll get to that in a minute.

This recipe is a bit of a hybrid. The basic rules I follow for making stock go back to the original editions of the Picayune Creole Cookbook. The recipe for the consommé itself comes from this more contemporary take on the dish by Jacques Pépin although I've tweeked it quite a bit (I think he's absolutely wrong on the time to cook the consommé).

To start I made a pretty simple broth.

I put everything in a stock pot and brought it to a simmer. It's really really important to keep the broth from hitting a rolling boil in this recipe as you want a minimum of fat in the final product (the fat will emulsify with the broth with a heavy boil). I then skimmed the scum and let it cook for about two hours or so. Basically, I was trying to get it to reduce by about two cups.

Then I poured the stock through a cheesecloth-lined strainer into a heavy plastic storage container, let it cool and put it in the fridge overnight.

The next morning I took it out and skimmed the fat from the top and let it get up to room temperature. This effort didn't quite gelatinize. Done right this should have a jello-like solidity when you take it out of the fridge. But the key point of this broth is using wings and back and necks; portions of the bird that have less fat and more connective tissue which, in turn, breaks down and adds more flavor (my secret weapon for this — chicken feet).

Now I was at the part of cooking the consommé itself. What you are doing here is clarifying the broth with egg whites. That process tends to remove some of the flavor of the broth so you add ingredients that will infuse more flavor back in as it does its thing.

I took two cups of the liquid broth and set it aside. The other six cups I put in a soup pot and let slowly come to a boil.

Then I prepared the following

Take all these ingredients and mix them with the 2 cups chicken broth in a large bowl. The reason you don't want to use hot chicken broth is it will prematurely cook the egg whites at this stage.

Then, when the six cups of broth in the pot are boiling, add the other ingredients. It will turn into a gloppy ugly mess. Stir it. And keep stirring. After five minutes or so the broth begins to heat back up all the solid ingredients will collect at the surface. This is called the "raft."

As it begins to come back to a boil, stop stirring and use a ladle to form a hole in the middle of the raft and spoon small amounts of the detritus and hot broth onto the rest of the crust to help it set. You want it to be smoothly boiling (but not a rolling boil) through the hole. 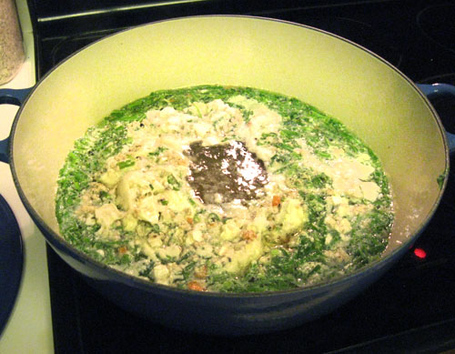 Let the consommé cook like this for at least an hour but no more than 90 minutes. Do not disturb the raft once it has set. Turn the heat off and let the consommé sit for ten minutes or so.

Prepare a pot with a fine-mesh strainer lined with cheesecloth or paper towel. Ladle the liquid out of the hole in the middle of the raft into the strainer. Do this till you reach the bottom of the pot. Then carefully pour the remaining liquid from the pot into the strainer without letting the raft fall into it (I set aside the consommé I've removed already in case I screw it up).

You now should have between four and five cups of an extremely clear and dark-yellow colored liquid. If you want to be an extreme bad ass, put this in a saucepan and reduce it further. Otherwise, it's time to serve it up.

The easiest way to do this is put it in a small glass and drink it. I like to break out my grandfather's pousse cafe glasses for this but a teacup works fine too. You can also play around with simple infusions. Add three peppercorns, let it sit for five minutes and try it. Just remember, always serve it hot. 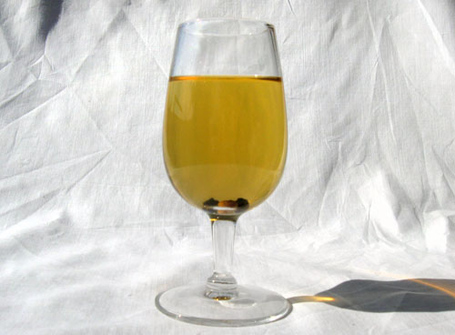 My consommé came out a shade cloudy but the flavor I was aiming for was certainly there. Yes, you can add spirits as well. Dig through the liquor cabinet for that bottle of sherry gathering dust as it awaits that rare occasion when you eat turtle soup. Add a half-shot and it contributes a warm sweet flavor that will be perfect when the first wet cold front blasts through Acadiana in the fall.

A consommé is sometimes served as a soup with finely julienned vegetables or, as Pepin does in his recipe, small flavorful meat dumplings. I've seen recipes that have specialized raviolis (check the comments below). The key here is to be subtle. The flavor in the consommé is so powerful you want tastes that compliment it rather than challenge it. A little bit will go a long long way.

You can also use the consommé as the broth in another recipe. I've been meaning for years to do a super special gumbo with top notch ingredients and going the whole nine yards with every step of the cooking. If I get around to doing it, I plan to use this recipe as the base for the broth.