Ed. Note: Well, this week might not be nearly as fun as it's ‘sposed to be, and your humble correspondent will be riding out quite a bit of this storm in LSU's EOC (maybe even the football game *sigh*). Hope everybody stays safe, and this season kicks off the way it should.

Here at And the Valley Shook, we take LSU football very seriously. Okay, kind of seriously. Well, we try anyway.

But if there's one thing almost every blog tastes very seriously, its meming. The dangers of reckless meming are well-known.

Thus, here are a few memes we'll be watching for during the 2012 Tiger football season.

We'll start with Sam Montgomery, he of the very open Sonic the Hedgehog obsession. Now, Sonic Sam can do a lot of things, including rush the passer and play the run. While we've never seen him use super speed to run upside down over an offensive tackle, I see no reason to believe it is not possible...

His partner, of course, is our Steampunk Emperor and former Name of the Year Champion, Barkevious Mingo. 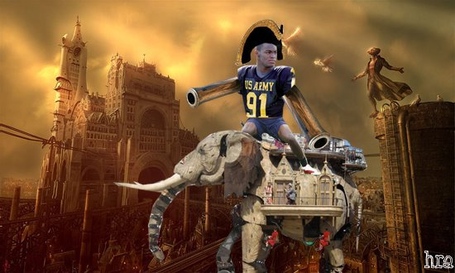 Some of you might remember that last year, Poseur gave Spencer Ware a pretty sweet Altered Beast wolf-man touch, but with such a multi-faceted backfield (and frankly, a couple of backs that might just be taking carries from our dreadlocked Ohian), I thought we could mix it up a bit this year.

l leave it to you to figure out which back is which.

Of course, Debo is on hand to knock you the fuck out.

And amongst the other freshman linebackers, one is prepared to bring us the Kwon. 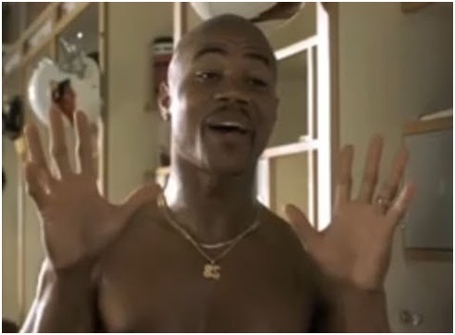 Jerry Maguire: That's your word?
Rod Tidwell: Yeah, man, it means love, respect, community... and the dollars too. The package. The kwan.
Jerry Maguire: But how did you get "kwan?"
Rod Tidwell: I got there from "coin," dude. Coin, coin... kwaaaan.

And here at ATVS, we are always down with ODB. 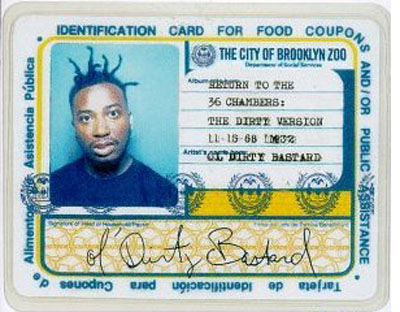 And of course, at quarterback this season we have one Big. Damn. Hero.

I like to think of Zach Mettenberger in a Mal Reynolds role here, but it also would not shock me at all to find out he calls his arm "Vera." 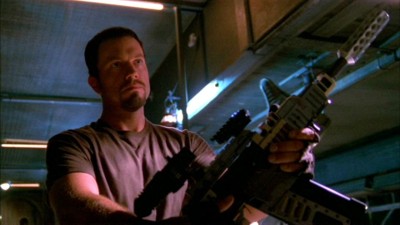 Of course this sort of thing remains ever-evolving during the season, so we'll see how this develops. What memes are on your list for the season?