LSU vs. Idaho: What To Watch For

Share All sharing options for: LSU vs. Idaho: What To Watch For

Football season is never dull, but I do have to admit that this season is a wee bit different from last, with regards to LSU not quite diving into the meat of the schedule. But beggars can't be choosers, and when it comes to football season being here, I definitely ain't too proud to beg.

The Tigers get one last pre-conference tune-up this week, as the Idaho Vandals come to town. I'm not going to beat around the bush -- we all know LSU is going to win this game. As such, the goals for the week, aside from the obvious (and increasingly important) avoiding injury, LSU's goals this week should be to continue to improve and round out its game before SEC play begins next week at Auburn. As you can imagine, this game preview is a little light on substance compared to my typical piece. 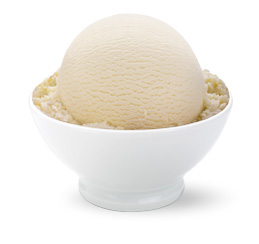 Right now the LSU offense is still somewhat finding its sea legs, albeit in much sturdier fashion than some years previous. They're doing what works -- power and zone running with some possession passing and judicious deep shots. We may start to see more of some of these things down the road, but for right now they're just going to stick with what works.

And that's exactly what they should do, because this part of the season is when LSU needs to be building a foundation for conference play. People tend to focus that on the extras, but you have to have your base before you can get to the extras, especially when it comes to the passing game. A lot of the passing concepts LSU has used have a big-play option included, or can be tagged with one. But like we saw with Washington, it can be working on the basics that set up the big plays. Kadron Boone was wide-open on his touchdown because the safety was caught up watching Jarvis Landry's intermediate route.

The lack of deep throws has been as much to do with the coverage varieties we've seen teams throw at LSU in most passing situations. Soft corners and looser coverages, and frankly, it's not a bad thing to see Zach Mettenberger take what is there instead of trying to force things. Sooner or later (and based on what we've seen from Auburn's defense, it might not come until the Florida game), LSU will see a stacked box and rolled-up corners. And with single coverage, the big plays will be there.

Call it vanilla, or boring if you want, but it's not only effective, it's smart. One of the many things that held LSU's offense back under Gary Crowton was his insistence on trying to be "variable" and "find new ways to attack a defense," rather than doing what works, and making the other team stop it.

And here's the thing: there are still things to work on. Sure, the offense made strides from weeks one to two -- particularly in terms of pass protection. But the passing game still had a problem with drops. Odell Beckham Jr. in particular had probably his worst game since the 2011 season opener. Even against a cupcake like Idaho, the offense still needs reps. More plays for Beckham, Russell Shepard, even Kadron Boone. Is his apparent rapport with Mettenberger just a one- or two-play phenomenon, or should those two be throwing to each other more often? Can Josh Dworaczyk continue to look strong at left tackle? At least one Baton Rouge radio personality implied this week that LSU would benefit more from practice reps than against a team like Idaho -- but game reps are always different.

We might be in for a fairly vanilla offensive gameplan, but there should still be some interesting things to watch.

Assuming that things go relatively smoothly, Saturday will also represent a good opportunity for playing time for the younger guys and untested vets. Guys like Ronald Martin, Micah Eugene, Corey Thompson, Kwon Alexander, Debo Jones, Vadal Alexander and Stephen Rivers, all of whom may have larger roles to play later in the season (or in Rivers' case, need to prepare for it anyway).

Craig Loston hasn't exactly looked fantastic at safety, so Martin or Eugene could be needed there. And as previously mentioned, none of us are still 100-percent sure about Dworaczyk at left tackle, so should the line need some reshuffling, Alexander would be the first guy coming in from the bench. He needs some game action.

Hopefully, the lanky backup QB will get an opportunity to throw some passes in the second half sometime. Of course, the staff has to balance that need with getting Mettenberger his own game reps (easy to forget he's not a finished product). And we know that Miles will dial things down once a lead gets beyond five touchdowns or so.

hmmm...it's an evolution. Yeah! An evolution! I like that word much better. We're not looking at a finished LSU product yet. And quite frankly, we shouldn't, yet. Saturday will be just the third start for Zach Mettenberger, La'El Collins, the Jalens and a couple of other young players that will only contribute more as the season progresses. And game reps will always trump practice reps against teammates.

But everything's not gonna work perfectly. Hell, last week was about as thorough an ass-kicking as LSU's given any BCS-conference team, and there were still some rather obvious things. The point is to get a little better every week and be at your best by the end of the season. So if LSU doesn't show you everything you're hoping to see - if Mettenberger isn't a Big. Damn. Hero, just yet, don't worry just yet. Avoid injuries, and continue to get ready for the conference slate, which hey! -- begins next week.