About Those New Uniforms: Tigers Get A New Pair Of Stripes

Share All sharing options for: About Those New Uniforms: Tigers Get A New Pair Of Stripes

Before things turned nasty on New Year's Eve, you may have noticed that LSU's jerseys looked a bit off on TV. That's because LSU was wearing it's first new "regular" uniforms in nearly a decade. The change was slight, almost imperceptible unless you knew what to look for. The new look is different, but hardly original. In fact it's quite nearly a throwback look for LSU football. To understand what I'm getting at, we need to review a bit of LSU uniform history.

For the purposes of simplicity, I am mostly ignoring any special, seldom used jerseys, including the Nike one-offs of the past few years, the "DiNardo Golds" (which, incidentally, had no shoulder stripes at all) and generally anything that wasn't the standard home whites. There is limited information with regards to the uniforms changes over the years, so bear with me as I patch an incomplete history together 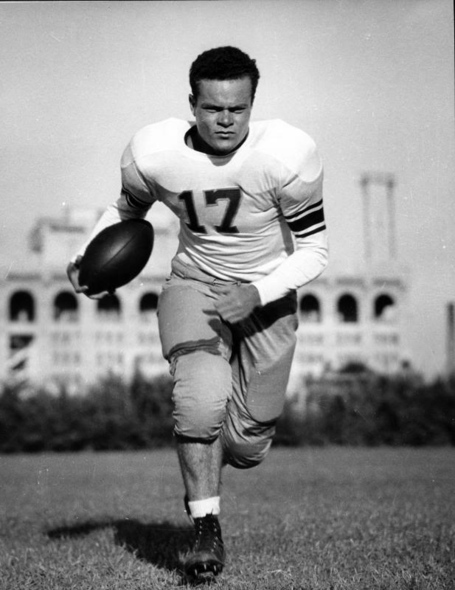 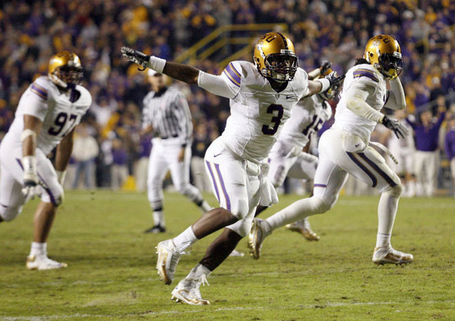 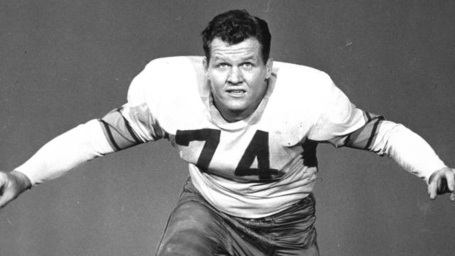 We wont be going as far back as the old wool jersey from the days of Doc Fenton (#1), but the 40's are a good place to start. Around the time of World War 2, LSU's stripes were actually much farther down on the sleeves (#2, here modeled by Steve Van Buren). It was these jerseys that became the basis of the faux-throwback LSU wore in the 2009 Arkansas game (#3). As you can see comparing the two, today's football jersey has little to no actual sleeve on it, depending on the cut, which has forced teams like Florida and Auburn to go with the sort of "side shoulder stripe" you see on their uniforms today. LSU was still wearing a variant of these sleeve stripes as late as the mid 50's. (#4, worn by Sid Fournet) 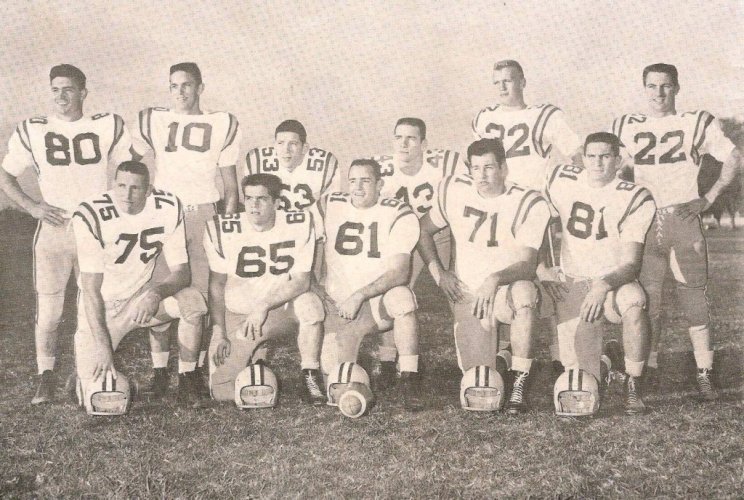 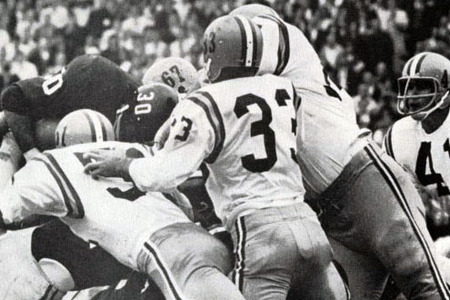 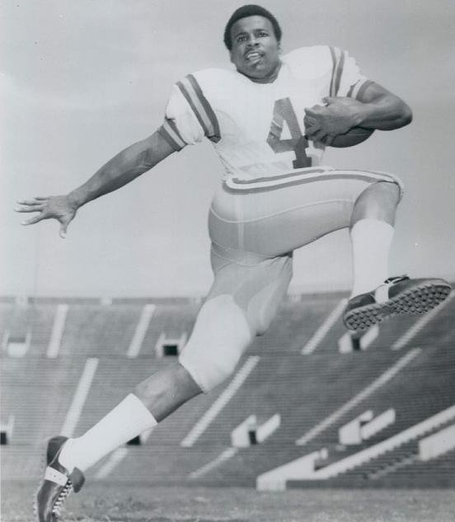 LSU's current design began in 1957, when Head Coach Paul Dietzel introduced the current style with "UCLA stripes" and TV numbers on the shoulders and helmets. The large numbers on the front and back would vary slightly as manufacturers changed over the years, but always remained in the classic large block numbering font common to football. It was also the beginning of wearing white jerseys at home, a tradition that would only stop briefly in the 80's to early 90's due to NCAA rules. With small changes, LSU's main white jersey has remained nearly identical to those introduced in 1957.

But that's not entirely accurate. Over the years, the fit of a uniform on a football player has changed, and with these changes the real estate in the shoulder and sleeve area has shrunk to the point that it barely exists on modern players depending on the cut of the jersey. As this trend has progressed, LSU (and indeed all teams that use the "UCLA Stripes") have had to adjust them slightly to keep the look intact. The first look was a long stripe that connected under the arm, but did not create a loop (#6, look under the arm of #32 on the right) From the front, the stripe comes down to about mid chest before disappearing into the armpit. This look continued through the 60's (#7 1964) the 70's (#8 1979, Charles Alexander) and lasted through the early 80's, when the stripe gradually began to shrink. 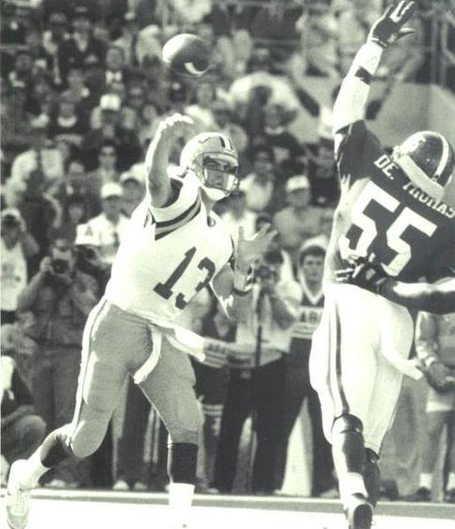 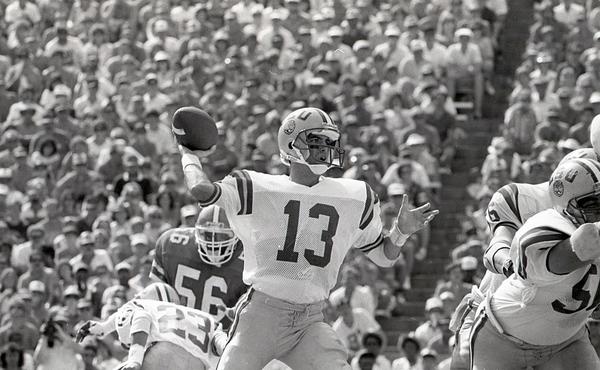 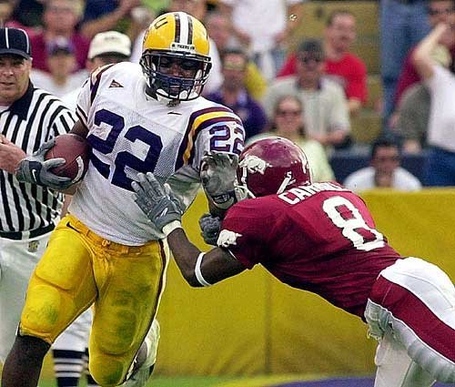 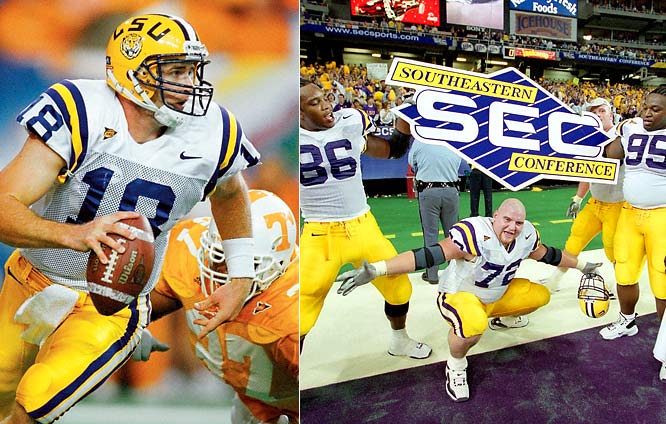 It's actually easy to illustrate the shrinking effect thanks to QB Tommy Hodson. Early in his career (#9 1986) the stripes start to come apart under the arm. Two years later, the stripes had completely separated (#10 1988) The gap would continue to widen through the 90's on the typical player jerseys (#11 Lebrandon Toefield 2001) For lineman, the cut of the jersey led to almost no under arm material to put the stripe on it (#12) 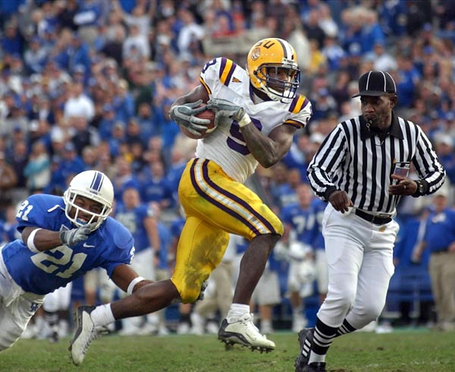 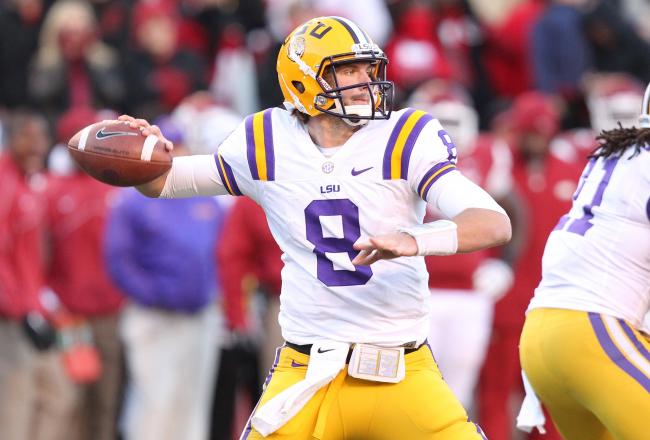 2002 is when the last major change to the uniform occurred. With the writing on the wall that sleeves were fast becoming only a fabric covering for shoulder pads, LSU (or most likely Nike) abandoned even attempting to make the shoulder stripes reach that far and gave it a clean and visible stopping point right about the height of the collar bone (#13 2002 "Bluegrass Miracle") Aside from adding the LSU and SEC symbols to the front of the jersey (#14) and slight changes in fabrics and construction, the jersey has remained almost untouched throughout this "Golden Age" of LSU football. 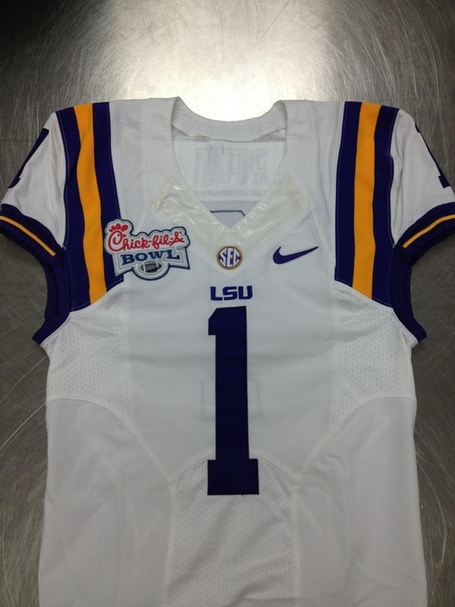 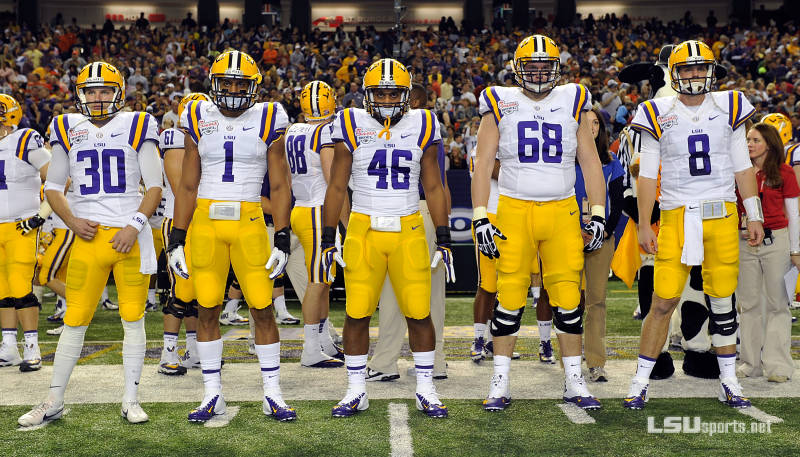 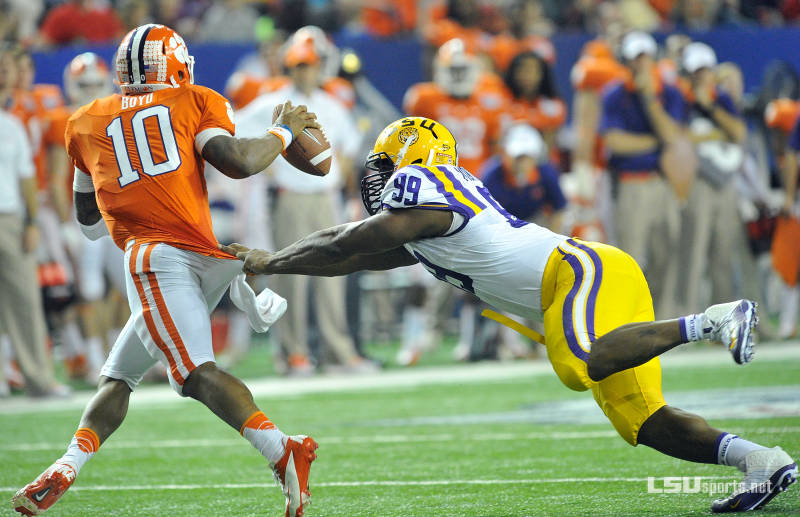 So what to make of this latest change? It should first be noted that thanks to the great photo of just the uniform by itself, (15) we can tell it's from the current Nike Pro Combat line, based on the way the panels are put together and the slightly shiny material around the front of the collar. The numbers have also been made smaller and with rounded edges on some, but not all numbers. While this looks ok on smaller players, Linemen appear to be wearing something a size too small (16). The lack of room for a bowl patch just looks tacky. The stripes themselves still don't reach far enough down to connect, nor do they turn inward like the 90's-early 00's. They just kinda end halfway down the jersey (17). It nearly looks like a throwback to the 90's jerseys, but one not done well.

They need some work. Either the stripe should be shortened back to the collar bone length or go fully around the arm. This halfway attempt just looks sloppy. Unfortunately, as the changes were made with no fanfare or notice from the AD, it's likely that this was a quiet launch of the foreseeable future of LSU uniforms. It's just the way it is and short of open protest I don't think their is anything to be done about it. 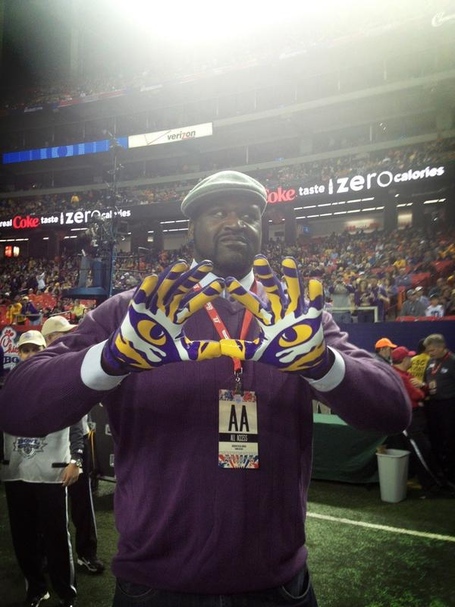 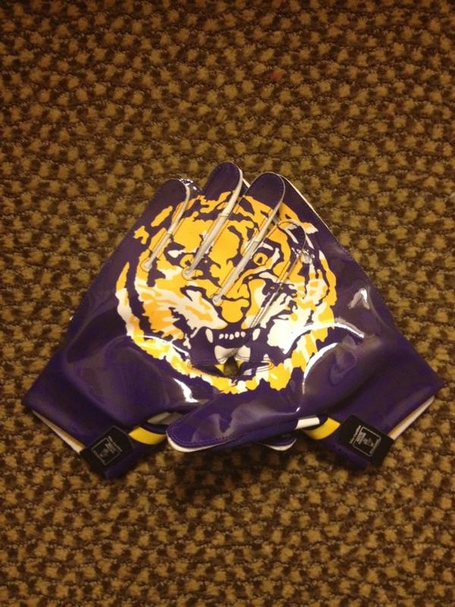 And now for a personal plea. Some fans collect helmets. Others collect jerseys or posters. Maybe you're the type who keeps ticket stubs. I collect gloves. And I am in desperate need of help from anyone who can help me acquire the 2 pairs above. In the past when LSU has worn special gloves, Nike would sell them for a limited time. This year LSU has used 2 new gloves and Nike has no plans to sell them (that I have heard). If anyone reading this has any hep they can offer in this regard, please contact me a mtigerv@gmail.com and you will be handsomely rewarded*

*Unless you're a student athlete, because that would be a violation