Apologies for the lateness of this week's entry. Birthday celebrations for yours truly got in the way. Dirty rice is a Creole dish, born in New Orleans, named largely for the dark color that results from the chicken liver and giblets used. I've heard of some people substituting in ground pork with seasonings for the chicken bits. These people are, of course, wrong. Once again, we source this from John Folse's Encyclopedia of Cajun & Creole Cuisine.

Note: Time to own up to a mistake. Chicken livers and giblets are generally sold in 2-pound containers, so I thought I would be clever and skip the giblets and go all liver on this dish. MISTAKE. Livers have an incredibly strong flavor, and it can really overpower the dish. Granted, they are really high in protein and low in fat, but make sure you stick to the right amounts here. I may try this one again at some point with some changes/additions of my own.

1. In a small saucepan, poach the giblets in lightly salted water for 45 minutes or until tender. Remove, cool, and chop into tiny pieces and be sure to remove all the outer membranes, which can be tough. Reserve the poaching liquid.

2. In a large Dutch oven, melt the butter over medium-high heat and sauté the chicken livers until golden brown on all sides. Remove the livers from the pan and place on a cutting board to chop once cooled. 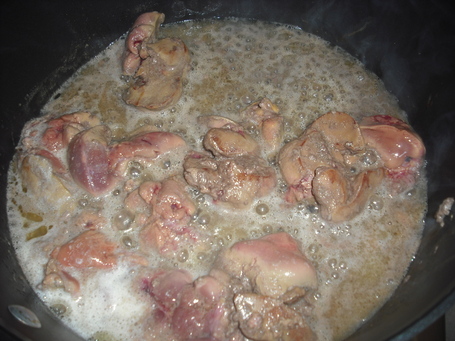 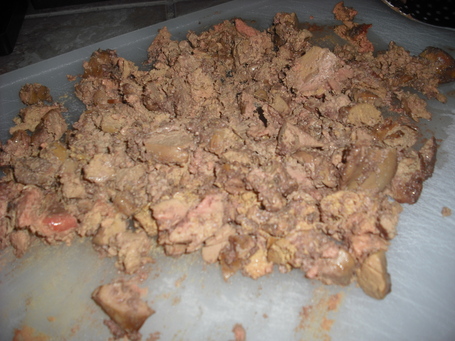 3. In the same Dutch oven, add the onion/celery/bell pepper/garlic and sauté until wilted. 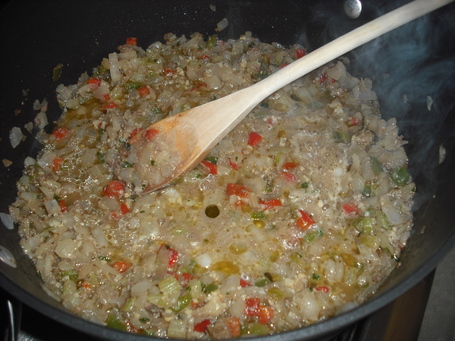 4. Return the chopped liver and giblets to the pan and add the chicken stock and a small amount of poaching liquid. Bring this mixture to a low boil and simmer until the liquid level is reduced to about 1/4 a cup or so. 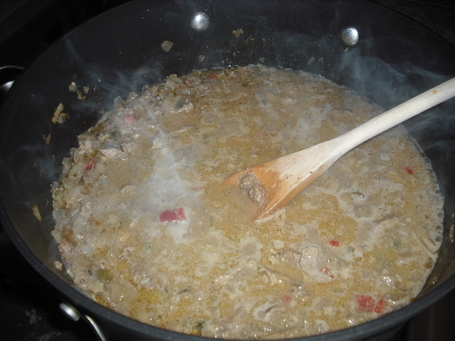 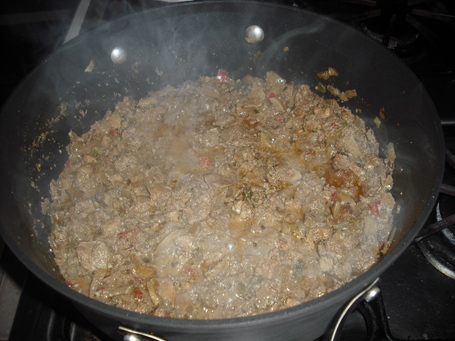 5. Fold in the rice, mix well and garnish with parsley and green onions. Season to taste. 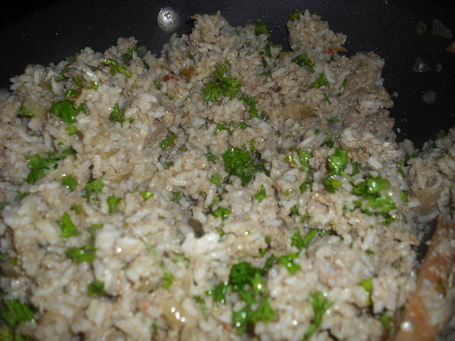