Starts at 28:45 mark...Hang on to something, Les is rolling this week, thanking Italians for Columbus Day...starts off commenting about the empty seats in the stands..." the U‑High Cubs versus the Parkview Baptists"...felt Mettenberger managed the game well, regardless of his lower stats...blamed Mett's fumble on a wet ball...was proud of the defense's improvement and enjoyed how John Chavis was "quite enthusiastic" in the locker room post-game (more on that below)...isn't too worried about Ole Miss potentially playing 2 QBs "Yeah, I understand two‑quarterback systems"...guys like QB Anthony Jennings will continue to get snaps as the need to get the young guys some playing time warrants it...Jordan Allen had a "small tweak" to his ankle, will practice this week and should play this weekend...Ronald Martin was "a little nicked" last week but should be back this week...Miles enjoyed the play of Corey Thompson and Craig Loston in Martin's absence...Kendall Beckwith performed well at LB and DE against Florida and will continued to be used wherever the defense has a need...on the crowd "But it did appear that some of our faithful stayed out of the heat and kind of stayed in the air‑conditioning at the beginning of the game. The only thing I would say is I'm with them. If it's hot for them, then they need to stay in the air‑conditioning. But only if it has to do with health, okay. It's hot out there for us, too. Let's come on out and let's make some noise."...Tahj Jones still out with injury, hopeful he can return this week...talks about the kickers and veers off into golf references...Gets a new trick play from Ted.

Changes: Danielle now starting with no OR at DE; now an OR at S with Thompson and Martin 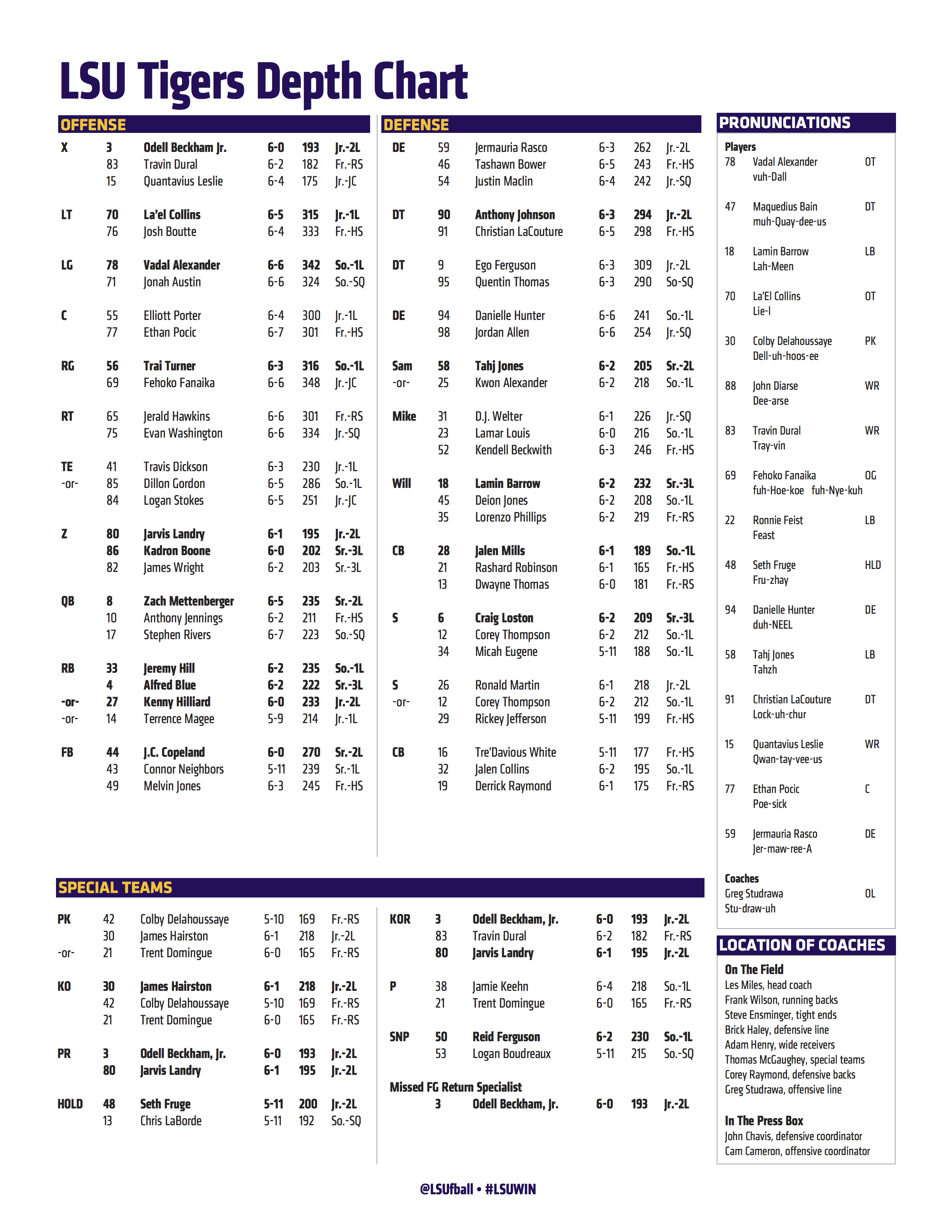 Inside LSU Football - Week 7, Florida (check out John Chavis getting fired up in the post game locker room at the 0:55 mark)