...Starts at 26:50 mark..."How about this cool weather, huh?"...Reunion of the 2003 championship team this weekend...isn't surprised by the offensive production in year 1 under Cam Cameron, a great combination of veteran players adjusting to his schemes...likes how quickly Rashard Robinson has come along without much time in fall camp...isn't worried about Cam Cameron going to another job, but does say he'd make a great college head coach...thinks Tajh Jones, Craig Loston, and Jarvis Landry will all play this weekend, with Jones being furthest away from being ready...will not add more live tackling in practice, believes the issue is better fixed with teaching...Doesn't mind much giving up 25 points a game, "Well, I just wanted to win the next game. And I want to win the next game by one more than the opponent."...liked what he saw out of Corey Thompson, despite a few mistakes....asked about a potential Heisman campaign for Mettenberger "we're cart before the horse there"...more younger guys will get a shot a playing LB going forward (named no one in particular)

LSUSports.net - Mettenberger Among Manning 'Stars of the Week'

LSUSports.net - Football at Ole Miss to Kickoff in Primetime

#LSU WR Jarvis Landry leaving the practice facility in a boot and on crutches. pic.twitter.com/RCPm4W4fHg 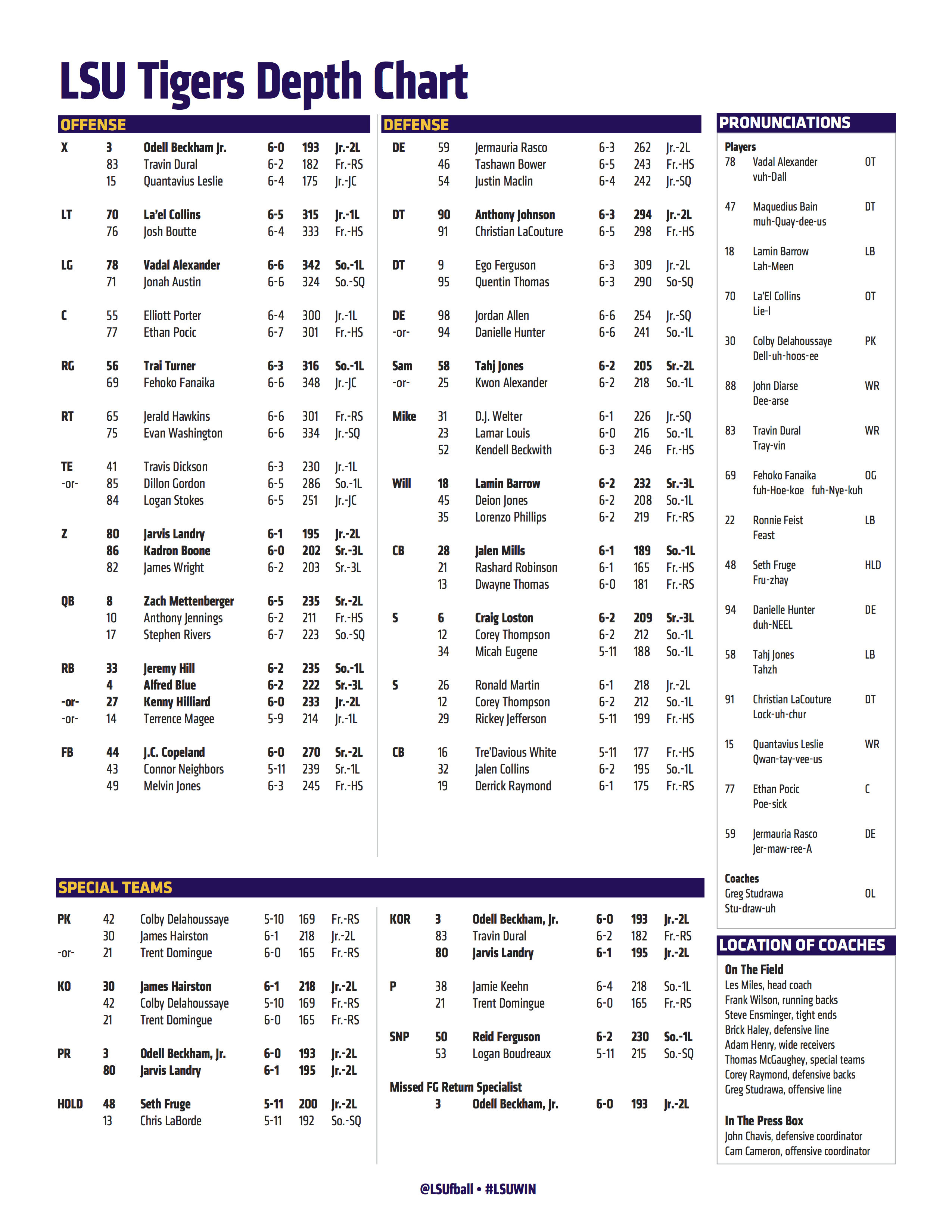